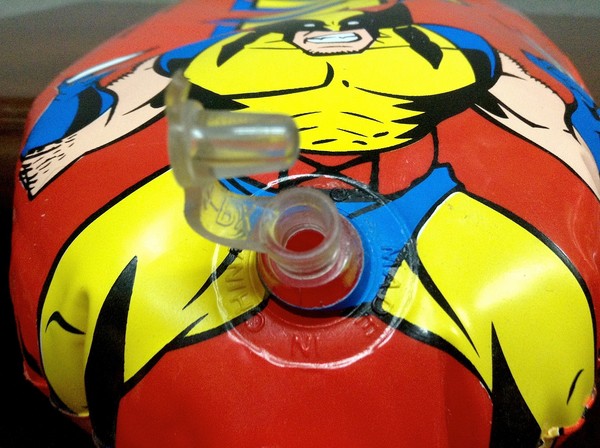 10 Toys that Make You Wonder Why

Toys that are weird or shouldn’t exist are commonly talked about on the internet. I have some that have boggled me for years wondering why did they get made? I don’t remember asking for this! It started simply enough, I had remembered a particular set of My Little Ponies that never quite made sense as to why they existed, and then the list just grew and grew. I will warn you now this list will start off rated G and slowly move itself into a rated MA territory. Here we go… The first year of pony friends includes Zig Zag the Zebra, Creamsicle the Giraffe, Kingsley the Lion and Spunky the Camel, which are shown in the picture above. For some reason they sold enough to warrant a second set that included Cha Cha the Llama, Oakly the Moose, Edgar the Elephant and Cutesaurus the Dinosaur. While I have said in other writings that I love dinosaurs in relation to my little pony it just doesn’t make any sense. They were never featured on the show and had no reason for existing. The best I could figure is that they were released in competition with Care Bears who had the Care Bear Cousins who weren’t bears but other animals as well. The Care Bear cousins made a lot more sense though because unlike these odd editions of pony friends they had an entire movie dedicated to them, and later a show. While this one is not that crazy when you think about it, it never made sense to me. Usagi Yojimbo had an entire comic dedicated to himself at the time of the release of this toy. If you weren’t religiously watching TMNT you would have never known that Usagi was in fact part of that universe. They had written him into a few episodes in season 3 so he was in fact part of the universe, but is that enough to warrant making a toy? Well yeah, the toys were so hot that they could literally make anything and kids would want it. Upon researching this I also found out that in February this year Darkhorse issued a newsletter that said Usagi Yojimbo was being optioned for a show of his own. It’s about time and maybe this means we will see toys released of him from his own series this time. Okay  so this one is pretty well known in the Sailor Moon fandom as being a leftover from the “Saban” Version of the failed American Version. For those of you that don’t know or don’t remember, the Moon Cycle was a toy released by Bandai in the 90’s. The vehicle never appears in any form of the show and really never made any sense as to why they continued to produce it. Like any cartoon there has to be a market for the toys before they even consider the show so it looks to me like someone jumped the gun and started producing these toys before the show was signed off on. This is probably the only thing you will find of the American version of Sailor Moon minus some left over animation cels that you can find if you are extremely lucky. Toys are for being played with right? Well not Beanie Babies, unless you had these tag protectors to keep the value of the toy up. What didn’t make sense about these was that even though you are protecting the tag what about the rest of the toy? It is still prone to dust and dirt, what was so special about that tag? It seems like a silly concept to just protect the tag, and this was sold in the toy aisle and at counters where I would purchase my weekly beanie babie. Yes I said weekly, these things were super popular and parents wanted their kids to have everything right? If you want to know how many I have left probably like 10, mostly cats and not the rare ones. Also if you are wondering how well those tags held up, the protectors are pretty yellowed from time and a few are cracking. I didn’t understand these then and I don’t understand them now. So this one is more of a design issue than it is a why did this get made. You can find a blow up toy for just about any superhero out there. Most of these toys are those balloon punching bags but sometimes they will make a hammer or maybe Hulk’s fists. Those make more sense than an X-Men hammer where you blow it up from Wolverine’s.. Area. First of all when did X-Men ever use a hammer? Second of all I know it’s Marvel and Thor had a hammer so why not put Thor instead? So many questions with this one that will forever go unanswered. Midge is the pregnant version of Barbie. What a great name too by the way, Midge. Midge the housewife, Midge the mother. The first version of this doll came out in the 1960’s and was considered taboo because they thought she was too young to have children. The return of Midge came about in the 90’s but the most controversial incarnation was in 2003. They brought her back in a “Happy Family” line with her husband Alan and 3 kids. Two were already grown but one was fetal age. Midge was sold “pregnant” with Nikki, who was a tiny baby inside Midge’s magnetic removable womb. Just like the pregnant dog we talked about in 5 toys with one weird part I can’t wrap my head around why they would make this. It’s a little disturbing and gives kids a completely wrong idea of how babies and pregnancy work. Some also argued it promotes teen pregnancy but in my opinion kids know that barbie is an adult. If Skipper was pregnant I would understand the concern but this is just boring old Midge were talking about. This one just makes me a little uncomfortable as a mom. I understand the need for playing cops and robbers but this takes it to a whole new level. I like the lego sets with maybe one jail cell or cage for the bad guy. This one is designed to play warden and prison guard with many prisoners that can be housed. Aren’t we supposed to be teaching our kids that the world is a wonderful place and while some people are bad for the most part they are good? Unless you are teaching your kids about Alcatraz in a completely creative way, I will give it that, there is no reason to have a place to incarcerate all your lego people. Unless the next addition is a Lego Legal office where you can file appeals for being wrongfully incarcerated. Produced by the same company that makes My Little Pony came this genius of an idea. Let’s make a sexy pony that wears stilettos and sexy horse clothes and sell it to kids. Even the horses for Bratz dolls weren’t this weird. They did include some heavy eyeshadow and a bad design but they weren’t obviously made for a very specific type of furry. There is an Amazon review I found “Despite the overtoned sexual themes of the toy, I think it is beautiful. I don’t really recommend this toy for small children since there are a lot of small parts that could get lost easily. I can’t really say if this is fun to play with since I display it rather than play with it. Also this is probably being nit-picky but I think the hooves look unrealistic.” I’m shocked! Really the hooves are unrealistic? They are only wearing stilettos! I mean don’t all horses wear sexy shoes? So this one kind of has a category of its own. Toys that look like other things. I seriously wonder who designed this and then even more so who signed off on it. There are plenty of different designs for water toys out there, why make it look like something Phallic? It’s almost like toy makers do this kind of stuff on purpose, which brings me to my next pick for weird toys.. This one was actually a huge mistake. So not only did parents ask Play Doh why, Play Doh also had to do massive PR to keep their name out of the mud. When the photos started to flood their facebook page in 2014 they did their best to delete them all, constantly apologising. This part was included in the Sweet Shop Cake Mountain playset and was supposed to be what kids would use to decorate the cake. Again it’s a matter of who signed off on this. It makes me wonder if this was how they got revenge on the company or something.

Did you ever have anything that was included in your playsets or toys that made you scratch your head and wonder WHY? Let Nerdbot know in the comments and let’s get a conversation going!

When Shopping with Your Genitals Goes Horribly Awry