We have reports that Godzilla 2: King of Monsters will be bringing back a character from Kong: Skull Island. Did we catch a glimpse of this character, played by Charles Dance, in the trailer from Comic Con this past weekend?

Godzilla is slated to be part of a much larger shared Monster Universe. This Monster Universe is already two movies in with the first Godzilla movie in 2014 and 2017’s King Kong movie. Both movies will conclude with an epic showdown in Godzilla vs. Kong in 2020.

At the San Diego Comic Con this past weekend, Director Michael Dougherty did an interview with Rotten Tomatoes confirming that a character from Kong would appear in the upcoming Godzilla movie.

Below is the full Interview

In the interview Dougherty states, “We do bring back a character from Kong: Skull Island.” Although the name of the character wasn’t revealed, some speculate we caught a glimpse of this character in the Godzilla trailer. Many believe this character to be Kong: Skull Island’s James Conrad. James Conrad was played by Tom Hiddleston in the fore mentioned title set 45 years ago. It is safe to assume that Hiddleston’s character has aged a little in those years and who better to play an older Hiddleston than Charles Dance, who can be seen briefly in the Godzilla 2 trailer.

Charles Dance is pretty unique in this cast due to the fact that he has yet to be given a character name. While the rest of the cast, primary and secondary, have been given their character names. This leaves us with two reasons why Dance’s character hasn’t been revealed; either it’s not a big enough role to warrant one, or they want to keep the name a secret. I would choose the latter in this instance. 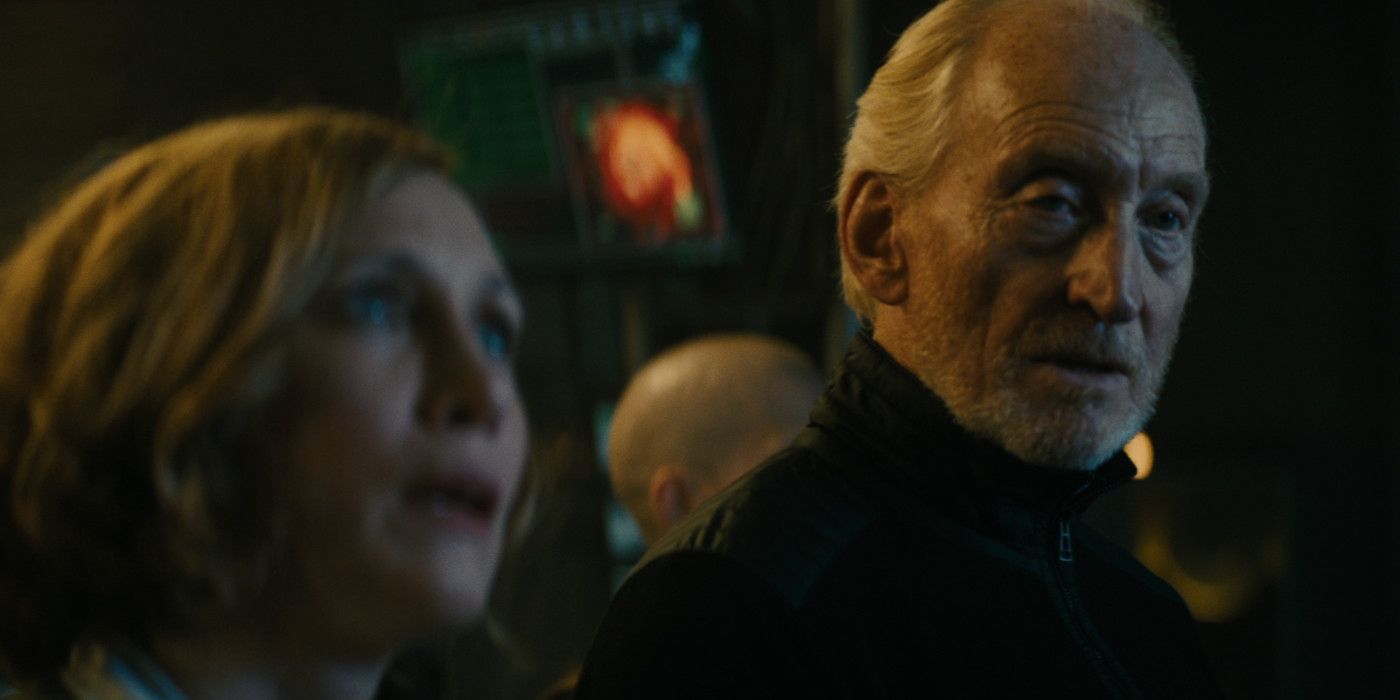 We also know that Hiddleston used his natural British accent in the Kong movie and as seen in the trailer, Dance does as well. We also see that Dance’s character has some sort of connection to Monarch, a SHIELD type agency that hunts down this world’s so called “Titans”. Hiddleston’s character, James Conrad, was brought into Monarch’s fold at the end of Kong:Skull Island. The character of James Conrad would be the perfect connecting factor between Kong and Godzilla; this seems to be the logical choice for now.

Of course this is just a speculation, but in my opinion Mr. Dance will be that character Dougherty is bringing in. We will find out for sure once the movie releases March 22, 2019.