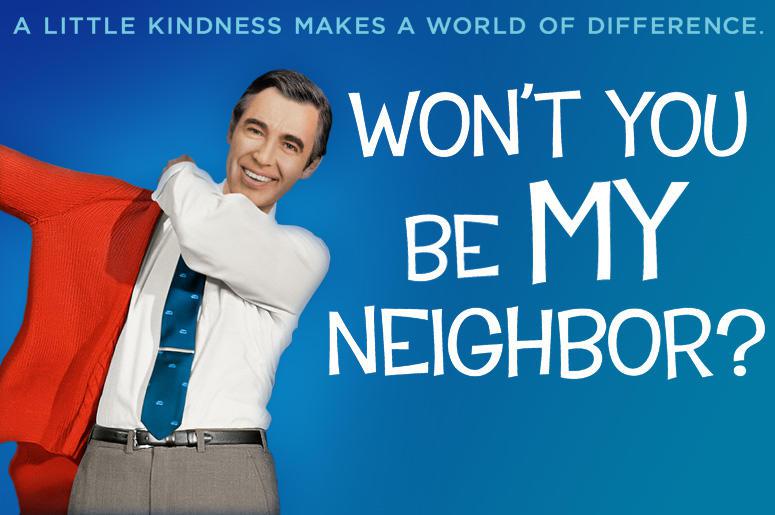 Reviewing The Platinum Age of Documentaries

Though still months away from Oscar season, people are talking about documentaries.
Some chatter stems from folks growing up watching Mr. Roger’s Neighborhood, but it goes much further than that. I was warned by several sources to go into Three Identical Strangers knowing as little as possible. Documentaries are now at a level where moviegoers are concerned with spoilers that can be found in history books! Let’s examine some of the documentaries to get some buzz so far this year and how we came to this moment in film.

RBG tells the life story of Justice Ruth Bader Ginsburg. We learn about Justice Ginsburg’s college days, how she met her husband, and started a family. The doc covers the cases Ginsburg argued before the Supreme Court, all involving equal rights between men and women. We then see Ginsburg appointed to the Supreme Court and how she got the nicknames “The Great Dissenter” and “Notorious RBG”. This doc is uplifting, empowering, and entertaining – 4.5/5

Even if you are unfamiliar with Mr. Roger’s Neighborhood, Won’t You Be My Neighbor is a great watch. Fred Rogers’ rise to become Mr. Rogers is full of heart and goodness. It also points out the many hard subjects that the show covered like assassinations and war. The doc also shines a light on the many people who made the kids show possible. I laughed a few times and got rather choked up at times. – 5/5

Though the rumors are true that it is best to know as little as possible about Three Identical Strangers, it is safe to know that it is about triplets that were separated at birth and adopted by different families. This doc is full of intrigue and keeps going to the next level in mysterious circumstances. – 5/5

Whitney covers the rise and fall of singer Whitney Houston. Though it has many interviews from family members and those close to Whitney, it is clear they didn’t get the rights to many of the singer’s songs. The doc makes use of a handful of Whitney’s live performances, but most are so heavily edited that fans can’t enjoy them. ­– 2/5

Now some of you dear readers might be thinking that I’m a huge documentary fan, or that I was assigned these to review by Nerdbot. The truth I was actually interested in these subject matters, but before this year I probably wouldn’t have bothered to go to the theater to see them. What changed is I got MoviePass. Since I can see all the movies I want (with some restrictions), I’m more open to seeing more the kinds of movies. I believe many MoviePass subscribers have adopted the same philosophy because the lines move much slower outside the indy theater due to each MoviePass user has to buy their ticket individually. MoviePass also partners with and promotes some of the documentaries because their users do go watch ‘em.

It is because of subscription services that people are more interested in watching documentaries. Most people will hesitate to plop down money on a documentary about Hello Kitty toys, but if it comes free with our Netflix subscription, like The Toys That Made Us, then why not watch? Netflix’s Making A Murderer was super popular, so much so that Netflix started acquiring more true crime docs.

The Staircase, a crime case about a bizarre death, was first released in 2004, but Netflix acquired it and released it again in June along with three new episodes (heck of a watch!). Netflix also has the docs, Icarus and White Helmets that went on to win Oscars. Even the big nature and news documentary series like BBC’s Planet Earth or CNN’s The Nineties are finding a 2nd life on Netflix.

Amazon Prime is staying competitive in the documentary arena as well. Didn’t see An Inconvenient Truth back in the day because you were twelve? Well, here’s your chance. There’s also several seasons of All or Nothing following different football teams for a season.

HBO has a history of great documentaries, but it was easy to miss them if you didn’t have the right cable package. Well with a HBO Now subscription you can catch up on docs like Chris Rock’s Good Hair or watch the new Robin Williams: Come Inside My Mind.

Things are only going to get better the more subscription services we get. I’m not going to run out and subscribe ESPN, but if it comes free with Disney’s streaming service, I’ll be binge-watching 30 for 30. With more interest and eyes on a variety of documentaries through subscription services, these companies will fund more great documentaries! Some have said that we entered “The Golden Age of Documentaries” in the 2000’s, but with the amount of access we now have to docs, we have entered The Platinum Age of Documentaries.

What are some of your favorite documentaries? Tell Nerdbot about it in the comments and get the conversation going!