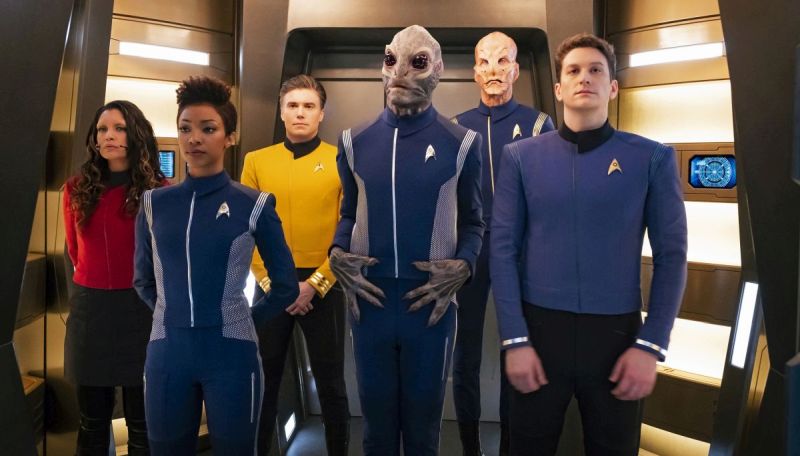 According to reports on Deadline.com, each short will consist of a stand-alone story, each running 10-15 minutes, serving as an opportunity for deeper storytelling and exploration of key characters and themes that fit into Star Trek: Discovery and the expanding Star Trek universe, according to producers. Rolling out on CBS All Access on a monthly basis, each of the four “Short Treks” episodes will be approximately 10-15 minutes long, and dig deeper into specific characters and themes explored on “Discovery.”

Variety states that Rainn Wilson will return to play Harry Mudd in a short he will also direct, while Aldis Hodge will star in another as Craft, a man who finds himself as the only human on board a deserted ship. Additional episodes include a deep dive into Saru’s (Doug Jones) backstory as the first Kelpien to join Starfleet, and Tilly’s (Mary Wiseman) journey aboard the U.S.S. Discovery and her friendship with an unlikely partner.

Are you excited for more Star Trek? Which was your favorite season? Tell Nerdbot about it in the comments and get the conversation going!