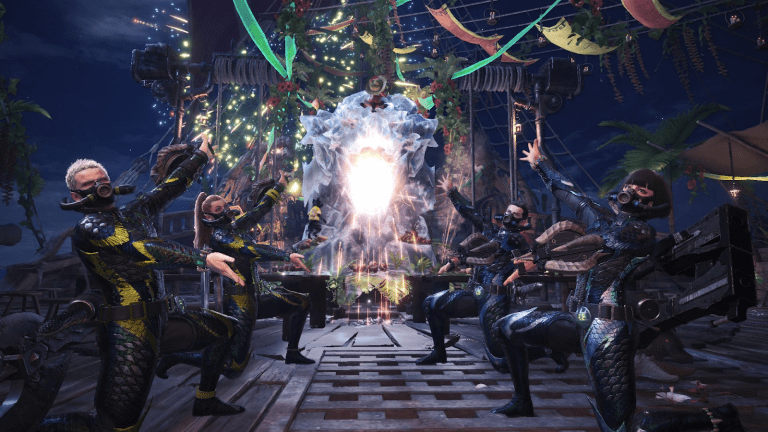 How Monster Hunter: World is Changing the DLC Game

In the last few years, the gaming industry has experienced an extensive rise in both micro-transactions and downloadable content (DLC) for big name titles. This rise has led to extensive debates among the gaming industry about the validity of charging consumers additional prices for additional content. Whether you are for or against this debate, it is undeniable that Capcom’s approach to DLC is a game changer.

Since its launch in January 2018 Monster Hunter: World has held two free events, the spring festival and the summer twilight festival. Both events added additional missions, new armor sets for hunters and their palicos, and even new dishes at the canteen for hunters to partake. Every element of these events was provided to players free of charge. Additionally, Capcom has added three monsters to their roster since the game’s initial launch with Deviljho, Kulve Tarroth and Lunastra. Behemoth, a crossover event monster with Final Fantasy 14, is set to launch at the end of the summer twilight festival on August 1st.

The introduction of these monsters means new armor sets, weapons and missions to keep players invested and dedicated to this game. Capcom has created a level playing field that encourages hard work and dedication to achieve hunting greatness, not pulling out one’s wallet. The only purchasable content for the game is additional gestures and costumes for the handler, all aesthetic components and nothing more. Capcom’s constant stream of content is not only keeping their player base engaged, but is making the $60 price tag feel well worth its value and then some.

These extensive additions present a dedication to consumers that is refreshing to see in the gaming industry. What Capcom is doing with Monster Hunter is not only satisfying its avid fan base, but its laying the groundwork for a greater focus on consumer satisfaction over a longer span of time. The future of DLC looks a lot brighter in the hands of companies like Capcom.

Are you a fan of DLC? Do you play traditional or mobile games? Tell Nerdbot about it in the comments and get the conversation going!