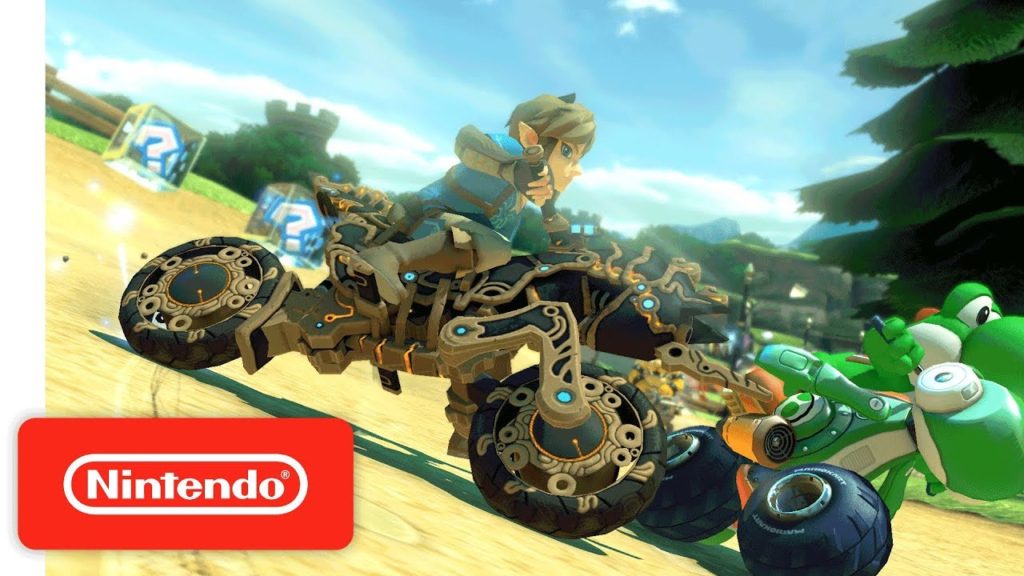 “Mario Kart 8 Deluxe” is getting some crossover downloadable content with “The Legend of Zelda: Breath of the Wild.” A new update available now lets racers compete using the Master Cycle Zero and Champion’s Tunic Link.

A new update to #MarioKart 8 Deluxe is available now for #NintendoSwitch! Race like a champion with the Master Cycle Zero and Champion’s Tunic Link from The Legend of #Zelda: Breath of the Wild! This update also includes the Ancient Tires and the Paraglider parts! pic.twitter.com/cpxwRpdhcB

Mario Kart continues to impress with its amazing graphics and addictive game play. It’s hard to believe that this cool version of Link riding his Mad Max style dirt bike is part of the same universe as the one that started out on the Super Nintendo all the way back in 1992/1993.

Do you still play Mario Kart? Who is your favorite player? Tell Nerdbot about it in the comments and get the conversation going!