Marvel Teams With IDW To Make Comics For Kids 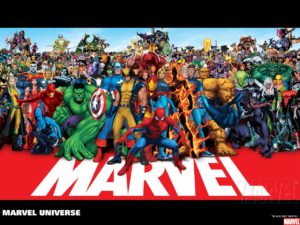 IGN reports that the comics will feature popular Marvel characters such as Iron Man, Captain Marvel, Hulk, and Shuri. The first launch will be in November 2018 with a kick off of a Spider-Man series, followed by an Avengers series at the beginning of December and a Black Panther series in January 2019.

In a statement about the collaboration, editor-in-chief of Marvel, C.B. Cebulski said that Marvel is excited to work with IDW to bring brand-new stories to their younger fans.Each series is meant to act as an easy-accessible entry point for younger readers to follow the Marvel characters.President and Publisher of IDW, Greg Goldstein commented that the partnership, “reflects the true spirit of collaboration at work.”

Specifics and details about the characters and storylines involved have no yet been disclosed. But we know we’re excited for them! Are there any specific Marvel franchises you’re excited to see? Are you a parent excited for a kid-reboot?

Tell Nerdbot about it in the comments and get the conversation going!