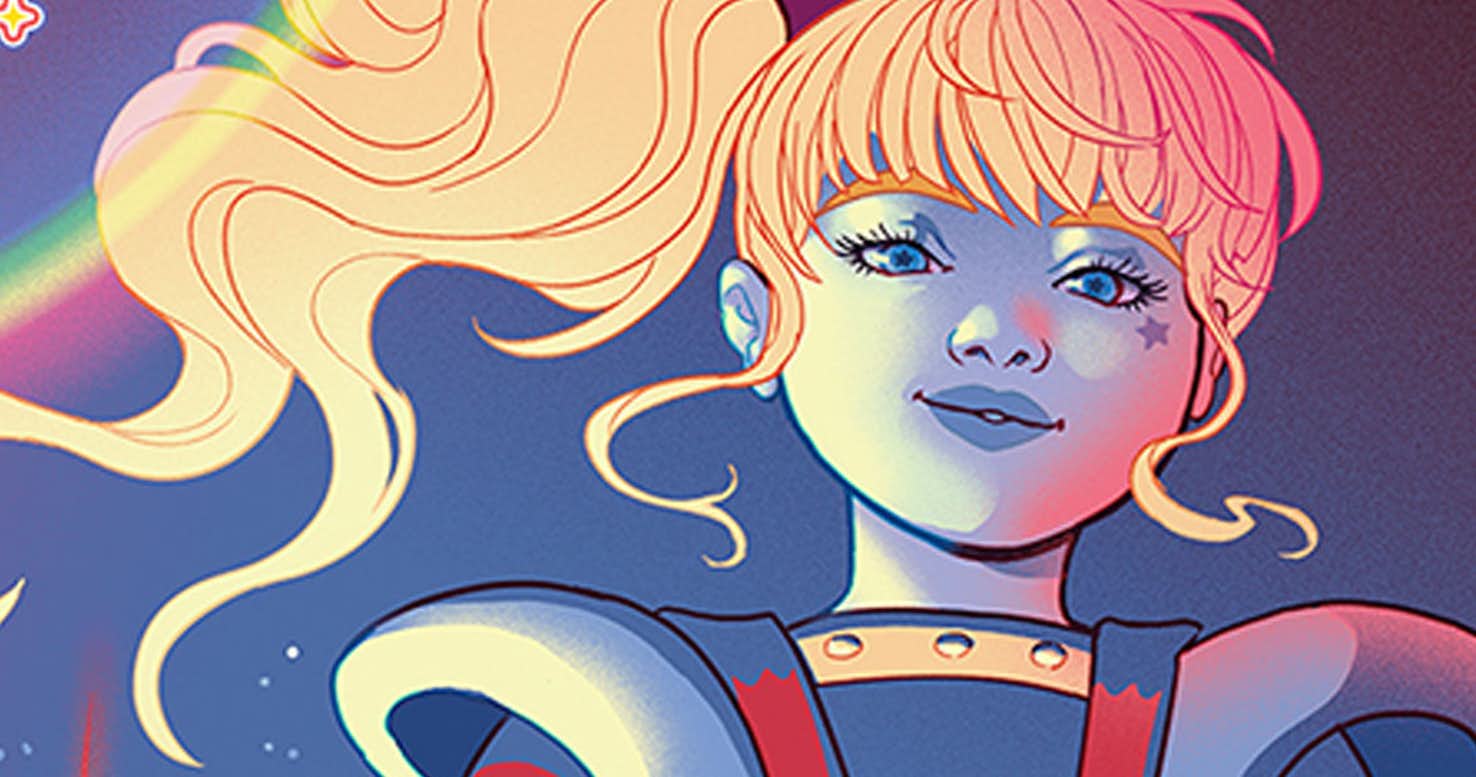 CBR.com reports that Hallmark’s ’80s icon Rainbow Brite is back, with a brand-new, all-ages comic arriving in stores this fall.

Written by Jeremy Whitley with art by Brittney Williams, the series is the latest addition to Dynamite Entertainment’s line of kid-friendly comics. “Rainbow Brite captured the imaginations of kids born in the ’80s (like myself) as a fantasy heroine who could change the world not just through magic, but through kindness,” Whitley said of the series in statement. “She is a symbol of what can happen when we all work together and fight back against the shadows that want to drain all of the color from the world.”

In Rainbow Brite, Wisp and Willow are best friends who live in a small town. They are inseparable, until one night Wisp discovers something is stealing the color from the world. To escape their grasp, Wisp must use her wits and the help of a new friend…from somewhere else! Then the adventure begins…

“The world needs a young hero clad in a rainbow now more than ever in a world where things are often simplified into black and white and it’s easy for people to turn their back on people not like them,” added Whitley. Any longtime fan of Rainbow Brite (again, like myself) can confirm that this franchise has gone through the ringer. You can see its full history right here on Nerdbot, in our “Cartoon Reboots That Came Back as Garbage” article. Like many 80s shows, Rainbow Brite was a line of greeting cards by Hallmark. From there, a toy line, and a few (incredible, wonderful, mind blowing) direct-to-video episodes followed. Soon after, the (again, amazing) full-length theatrical film Rainbow Brite and the Star Stealer was released. After there, a second season of the cartoon was produced for television, but it didn’t quite have the same heart.

It did however, have new characters to make toys out of.

Rainbow Brite didn’t successfully make it out of the 80s. An attempted 1996 doll reboot was made and never gained popularity. Someone must have snagged the license in the early 2000s and a line of shirts and remakes of the original dolls surfaced. The film made it onto DVD for a short period of time, and in 2009 or so, completely redesigned dolls showed up on the market. And then…the revolting 2014 web cartoon that was a slap in the face.

This new comic completely remedies that. The ethereal artwork of this knowing magical girl gazing down at the viewer is a beacon of hope in a world that has failed Rainbow Brite since the 80s. She’s been reborn as a true magical girl. There were once fan rumors that Rainbow Brite was based off a Japanese manga or pilot called Ribbon Fighter that never went anywhere, or the rights couldn’t be secured, but that theory has been lost to the bowels of Geocities and the late 90s. Rainbow Brite belonged to DIC, another Haim Saban and Shuki Levy masterpiece. But we’ve always felt the magic. We always knew it was there. We always wanted more.

Done right. And I can’t wait for this incredible story with unexplored depths to continue.

Jeremy Whitley is scheduled to sign Rainbow Brite posters from 4-5:30pm on Saturday, July 21 at the PopMinded by Hallmark booth #1505 at San Diego Comic-Con 2018.

What do you think about the return of Rainbow Brite in comic book form? Are you going to read it? Were you ever a fan of the franchise? Tell Nerdbot about it in the comments and get the conversation going!

Marvel Teams With IDW To Make Comics For Kids