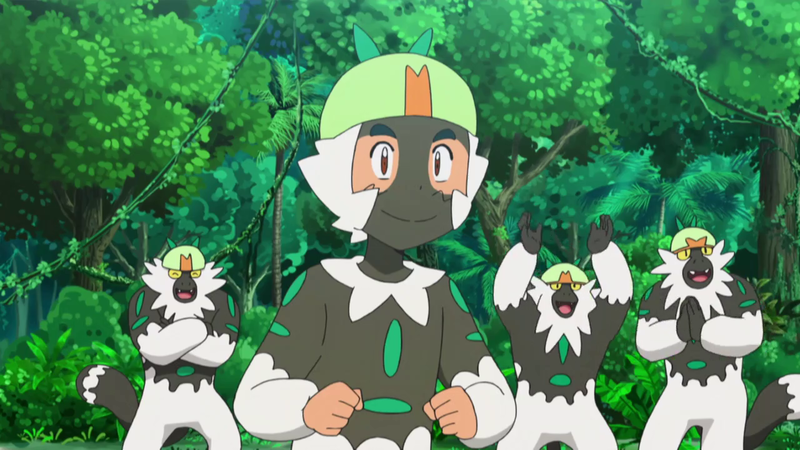 Kotaku reported that earlier this spring, the 64th episode of the Sun & Moon anime aired in Japan. Since then, the episode’s English dub has not been broadcasted in the U.S. Rather, it was skipped entirely. The reason for this erasure? Well, as Bulbapedia and Gamerant explain, Ash dresses up like a Passimian in the episode. Much like James (aka Kojiro in the original Japanese version) and his hot bikini boobs way back in Season One, it sounds harmless on paper that Ash plays a riveting round of dress-up. That said, it’s not merely that he dresses up like a Passimian that appears to have caused the ban, but rather, his painted face. In fact, during the 2000s, the character Jynx had to be redesigned after the character’s appearance was criticized as negative racial stereotypes.

It’s understandable that American broadcasters avoid the issue at hand before they air the episode and it becomes an issue. There’s no way to avoid the fact that Ash looks like he’s in blackface makeup. And while Japan doesn’t have that horrible history in their entertainment doesn’t mean that America hasn’t to walk into that trap ignorantly. It reminds me of the issue surrounding the original problematic Pokemon episode titled “Electric Soldier Porygon”. The story is infamous now; a flashing segment of the episode sent 700 epileptic children in Japan to the hospital upon its initial airing in 1997 and almost derailed the entire franchise. But back then in those days before YouTube, crazed anime fans such as myself scoured the depths of that new invention called the Internet, desperately trying to find the episode to see if it would in fact break us too. Well, I found a copy. I paid $9 for a C-Quality VHS copy that arrived in a plain black sleeve. I decorated it with a Pokemon sticker because I’m fancy. I watched the beast in raw Japanese without subtitles and did my best to understand the episode. It was relatively easy because Pokemon is for young children, so the language used was fairly simple. And while I didn’t get a seizure (thank the stars), I did get a headache.

In the age of YouTube, will people now scour the internet in hopes that someone will upload some sweet footage of Ash in what’s perceived as Blackface? Or are we living in a different age of fandom? Do you think American broadcasters’ approach is too PC? Or are we onto something?