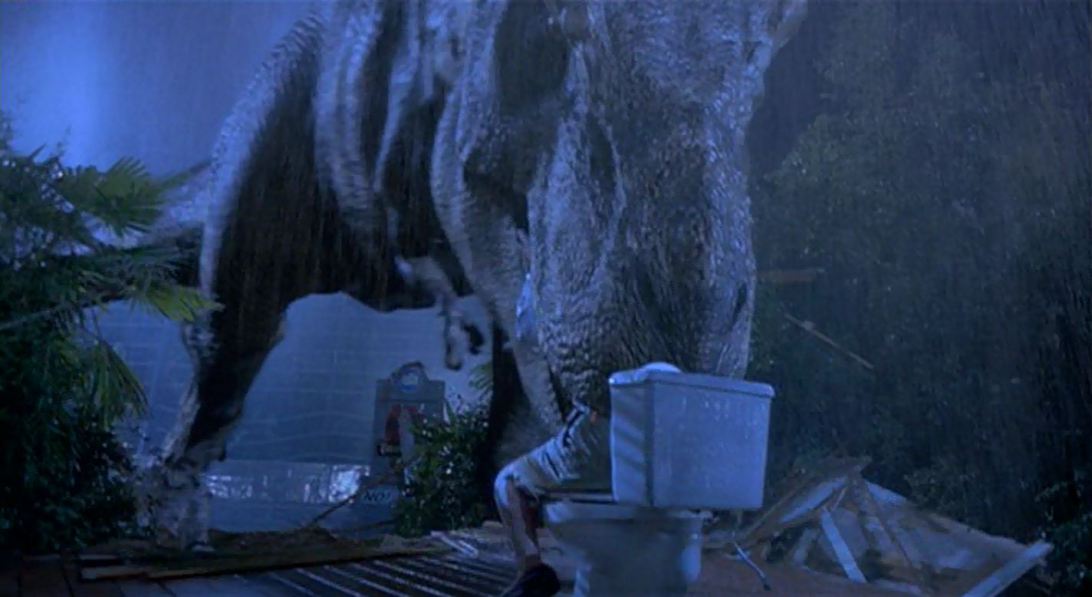 Jurassic Park holds a special place in a lot of people’s hearts. It’s Steven Spielberg, dinosaurs and Jeff Goldblum’s chest; what more could you ask for? It’s been a long road since the original movie, filled with mostly lows, and by the time dinosaurs are finally terrorizing people, you forgot why you cared in the first place. As a friend put it for Jurassic World: Fallen Kingdom, “I don’t know how you make a movie with dinosaurs attacking people boring, but boy they did it.”

Our Nerdbot review said much of the same.

What has happened to our favorite genetically modifying, dinosaur nomming, God playing franchise? The first Jurassic World was fun, right? Seeing a park in actual operation is what we all wanted, right? The world knows about dinosaurs, and it’s time to see just how they will fit in because humans have a wonderful habit of messing everything up, which is absolutely what happens.

And maybe that’s the root of the problem.

Let me take you back to the good ol’ days when Michael Crichton was writing versions of the screenplays and a bunch of amazing nerds were making CGI work in a way no one had quite seen before.

Jurassic Park (the actual park in the movies) is something awe-inspiring and totally secret. You see, the InGen company made some amazing genetic discoveries (or maybe just considerable strides in John Hammond’s necromancy) and weren’t about to let the world in on it until they were ready to make all the monies back from their investment.

Scientists, mathemt…chaoticians, and lawyers alike revel in this miracle of dinosaurs returning from meteor-induced extinction. And InGen makes sure to keep it all under wraps, for now. There’s something mysterious and intriguing about the possibility of a lost world of dinosaurs out there somewhere. Sir Arther Conan Doyle thought the same thing too (before it was cool). We love the possibility of this mythological place existing in the real world. It’s along the same vein of aliens out there somewhere, Bigfoot lumbering around in the woods, or Nessie chilling at the bottom of a lake. It’s something unknown and amazing about our own world that Jurassic Park hit perfectly on. Shown here is the exact moment the Jurassic Park franchise took a major wrong turn. Everything after it is defined by the fact that now the world knows about dinosaurs and how that particular T-rex ate the goodest boy, and we shall never forget!

The T-rex strolls through San Diego like someone found the greatest cheat code in a Grand Theft Auto game, and the next day the news can’t stop talking about the event, right? Nope, they decide to focus on the boat taking the T-rex back to the island, commenting on how great the shots of the deck are. I’m not kidding. They can’t stop talking about the greatness of seeing the deck of that ship. It’s on Netflix right now if you don’t believe me.

Granted, this is the age before everyone had a high-quality camera for selfies in their pockets at all times, but at least one kid got a picture off. Someone else surely got something for the news to feature or at the very least show the wreckage of San Diego. Yet, it wouldn’t be long before everyone forgot their terrifying introduction to dinosaurs actually existing, and a park would open up again.

In the meantime, only one step-dad takes his kid to see if they can catch a glimpse of dinosaurs in the least efficient way possible. Are you telling me the scientific community would be cool not being allowed to study these millions of years extinct animals? The world of paleontology would be bursting to find a way on the island, legally, illegally, it wouldn’t matter. There would be whole National Geographic shows about it, maybe even a Dino Week on Discovery Channel every summer (much to the relief of the Shark Week producers who’s next big idea is Air Jaws 17).

All of that is beside the point though. Some of the most interesting parts of Michael Crichton’s novels come from the mystery surrounding the islands containing millions of years old murder machines. The first novel starts with an InGen worker lacerated by obviously something alive with claws. It’s all covered up by the company as a construction accident. The worker keeps repeating something about “raptor,” and everyone is super confused.

Then there is a similar attack from The Lost World movie involving the little Compys, and that evidence gets identified as a dinosaur by the man himself, Dr. Alan Grant. This leads to a swirl of suspicion on just what kind of animals are causing these obviously not construction accidents.

The Lost World novel continues the tradition with dino carcasses washing ashore literally being torched by the Costa Rican government before scientists can get their grubby, knowledgeable hands on them. It’s the slow burn, no pun intended, of the mystery unfolding.

The original movie builds the suspense as well, showing us a Velociraptor attack, but barely showing the dinosaur itself. We get to see the excitement and wonder of the characters when they actually see a dinosaur for the first time. The mystery of how it’s done, and the moral complications that ensue, all play on our love for wanting something awe-inspiring in the world that defies what science says is possible.

Now the franchise has taken that mystery away. The world knows about dinosaurs, and they have just been an attraction that you need to get a Fast Pass to see for a decade by the time Jurassic World starts. Worse, dinosaurs are just typical movie monster stuff now, ready to terrorize unsuspecting ambiguous Northern California towns until surely some protective government agency can handle the dozen or so animals at large.

Get back to the mystery Jurassic Park! Hopefully, we can put the shaving cream back in the Barbasol can because we want to hold on to our butts again!

What do you think the franchise should do to make dinosaurs great again? Let Nerdbot know in the comments!

Chris is a writer, co-host of The Brothers Geek podcast, and wanna-be Hobbit. He loves examining the storytelling elements of movies and video games while drinking the darkest stout he can find. He especially loves Star Wars, Lord of the Rings, and anything made for the N64.
He also has more MRxL than you, just accept it.