After this rumor, we foresee "2020: Annabelle's Escape" coming soon to a theater or streaming service soon.
Read more

We're getting closer to the kickoff of DC FanDome next weekend, and we've finally got the official...
Read more

Breana Ceballoshttp://www.nerdbot.com
Hi! I am the Managing Editor for Nerdbot.com I enjoy watching anime, learning about new things and keeping up with Nerd Culture. I love writing and hope to introduce people to things that they may not have known about before through my articles.
Breaking News

USPS Website No Longer Tracking Packages- Glitch, or Something Else?

Growing up in the nineties the highlight of my weekend was watching X-Men the animated series every Saturday on FOX. I collected the trading cards, some of which I still have and some lost throughout the sands of time. It was my gateway into the world of Marvel comics. My favorite show on TV in elementary school and I watched it religiously.So time goes by, and My Hero Academia is Born. It is an instant hit, resonating with comic book nerds and anime fans alike. A bridge from one demographic to the other. The New York Times has even hailed it as one of the top 10 Best International shows. As I watch more and more things start to click. So I started doing a little research. 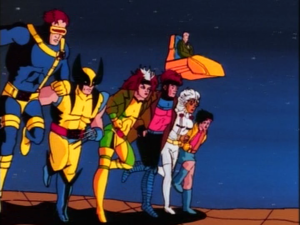 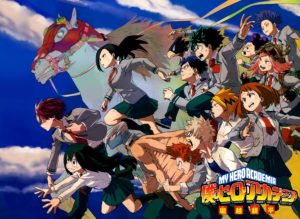 Kohei Horikoshi is most definitely calling back to western comic books. It has been pointed out that in the manga he makes reference to a number of characters. He has adapted his own characters into the Marvel Universe for Japan. Throughout the manga he is also making more and more western characters canon. Kohei collects comic book merchandise and is a huge fan of Spider-man. There are a ton of Easter eggs in the first season. For the sake of this article I want to really focus on the X-Men aspect of it. So bare with me for a bit.

The main reason that I compare the two is how their powers manifest. Both series are set in a world where superpowers are happening by means of evolution. Well, evolution/mutation depending on how you look at it. These worlds both are congruent to the fact that the entire population is affected. In other comics you see things from alien powers, to nuclear spills, and even that only usually impacts one hero or villain in the entire series. 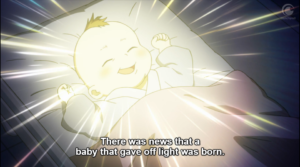 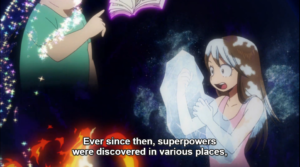 One of the big things that first stood out was the use of Robot Villains for their entrance exam. I found it very reminiscent of the sentinels in X-Men. It was a call back that I could get behind. Truthfully, I still have nightmares from the sentinels in the X-Men series. They are terrifying. It was nice to see Deku punch a big one right in the face. It made me feel better at least.

Teams are always a big plus in any super hero show. In X-Men you have the Blue team(my favorite) and others like X-Force, Gold team etc. In BNHA you have class A, B, the many sub-branches Hero Agencies. Teams always make discussions fun, pairing up fantasy combinations of your favorite heroes and theoretically fighting them against each other makes for HOURS of drunken conversation.

Ok Ok, I know what you’re thinking. This is an anime, OF COURSE it’s set in a school. Yeah, but a freaking school FOR HEROES! The X-Men and BNHA are both set in a school for heroes. This is where the differences start to occur. X-Men for example is set in a school that is a refuge for outcasts. In the Marvel Universe mutants are not widely accepted and they are often feared by regular people. BNHA’s world is one where “quirks” have become the norm and those without them are the odd ones out. But still you guys, Schools.

Around the sixth episode of BNHA we get to see the students square off in what is a city dedicated to practice. Hmmm. Where have I seen this before? Oh yeah! The DANGER Room. A designated safe space to test their abilities and also not mess stuff up. Because you know you are using powers. Something is going to get burned or broken.

Speaking of the battle episodes, In the seventh we get to see Deku and Baku square off. If their relationship hadn’t seemed familiar yet, it certainly did now. They completely remind me of having a Cyclops/Wolverine dynamic. Baku, Wolverine, who doesn’t want to listen and has to do his own thing. Thinks he’s better than the rest of the team. Cyclops is the goody two shoes, Deku, is kind of a Cyclops without the ego. 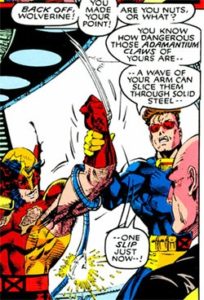 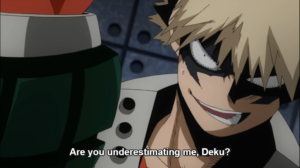 If Froppy isn’t just a cute girl version of Toad then I don’t know what she is. She has got to be the Kawaii version of this X-Men outcast character. Or maybe not, but that is certainly what I see.

So many scenes connect the dots it was hard to pick and choose for this. My Hero Academia hits on so many levels it is a really fun watch. Even more so if you are a fan of comic books. Check it out! You may be able to find even more nuances or hints at other superheroes that I have missed.

Tweet your findings @bremoonprincess!
My ears are open! PLUS ULTRA!

We're getting closer to the kickoff of DC FanDome next weekend, and we've finally got the official schedule of panels/presentations. Featured here...
Read more

It's Time to Break out Superman and the League in this Brand New Issue of Synder and Capullos Dive int Madness, Dark Nights : Death Metal !
Read more

We want to start by saying writing reports like these is never easy, especially when we personally know some of those effected....
Read more

We almost had a "The Flash" stand alone movie written by comics mainstay Grant Morrison, and the film's star, Ezra Miller. If...
Read more

It's issue #2 of the breakout hit DCeased: Dead Planet. Our off-world heroes and on-world survivors have finally reunited. What could go wrong ?
Read more

From Zero To Hero: A Two-Minute History of Jennifer Walters, She-Hulk

Welcome to From Zero to Hero: A Two Minute History, where we here at Nerdbot explain Comic History. This week, it's Jennifer Walters, She-Hulk!
Read more

In a variant cover issue of Batman #100, artist Jorge Jimenez displays the brand new Batsuit that the caped crusader is set to wear during the upcoming "Joker War" arc.
Read more

We're getting closer to the kickoff of DC FanDome next weekend, and we've finally got the official schedule of panels/presentations. Featured here...
Read more
animals

Now we can finally watch the whole saga in succession!
Read more
Music

There's going to be a new standard jingle from your local ice cream man! Check out the new song here.
Read more

After this rumor, we foresee "2020: Annabelle's Escape" coming soon to a theater or streaming service soon.
Read more

Now we can finally watch the whole saga in succession!
Read more

This just in- amid WarnerMedia's HUGE restructuring, more possible news that parent company AT&T is looking to unload parts of the media...
Read more

USPS Website No Longer Tracking Packages- Glitch, or Something Else?

We noticed last night that the USPS official website is no longer allowing the tracking of packages. Glitch, or something else?
Read more

Texas is Now Battling an Infestation of R.O.U.S aka Swamp Rats

New Lego Ideas Could Bring a “Princess Bride” Set Next

These baby bat swaddlers are cute and great for a spooky October baby!
Read more

Just days before scheduled to film the first episode of "America's Got Talent" Simon Cowell was hospitalized and underwent a five hour injury for a broken back.
Read more

2020 Horrors: Did the Real “Annabelle” Doll Escape from The Warren...