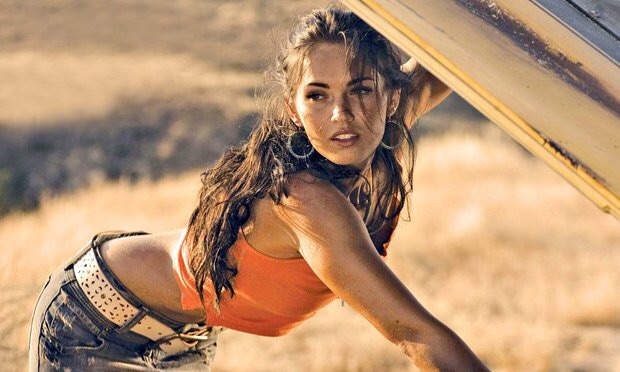 Why We’re Stupid: Megan Fox Gets a History Show

Many celebrities are brilliant in another field. Peter Weller – Robocop – is an art historian. Ken Jeong – The Hangover – is a licensed medical doctor. Brian  May – Queen guitarist – is an astrophysicist. Megan Fox is co-producing a docu-series for Travel Channel about historical myths, so she must be a historian!

Wrong. She is a model and an actress. In CosmoGirl! she once stated that she wasn’t much of a believer in formal education, and checked out on her high school one. So, of course she deserves a show where she discusses what parts of history are real, right? All those years of not publishing research and not going to conferences will come in handy for a show that will surely be about nonsense. Atlantis. Spoiler: Not a real place.

Mysteries and Myths with Megan Fox promises to answer the already answered questions like were Amazonian warriors real (Spoiler: No) and was the Trojan War real (Spoiler: Sort of). I’m certain that the woman from Transformers and Jonah Hex can get to the bottom of that Trojan War mystery that scholars have debated for hundreds of years, centering on whether the destruction of Troy circa 1190 BC equates to truth behind Greek tragedies and Homer’s works. I mean, sure Megan Fox can answer questions countless scholars have been unable to fully understand after lifetimes of research.