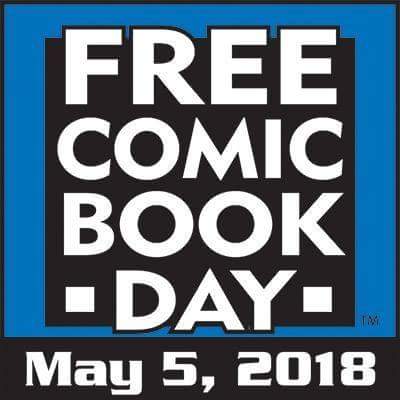 Free comic book day is a day that many comic book readers and geeks look forward towards every year. It’s a very special day to them for multiple reasons, the main being of  course you get free comics. Also local shops usually have some great deals going on. Just like the years before it this year was another massive success.

A great way to sum this up is the way a local comic book shop owner Michael Rodriguez of Metropolis Comics explained it.

“This is the Superbowl of comic books – we have a long line around the block that will definitely help sales.”

Which is 100% true, free comic book day is almost an all day event. People line up by the dozen outside just to get there hands on some sweet comic books that they wouldn’t be able to get any other day. A Lot of these comics that are being given away are simple “one-shots”. That means they make a certain amount of one single story issues, and once they’re gone they’re gone, and you’ll have to do some extreme hunting to find some again.

It’s a great day all around even if you’re not that much into reading Comics. Much like going to Disneyland a big part of attending free comic book day is the lines. You’ll find yourself waiting outside sometimes for only thirty minutes to maybe even hours on end. And none of that seems to matter because the passion and love that these people have for comics always makes it worth the wait.

So next time you find yourself free this time next year, go to your local comic book shop. Pick up a comic or two it won’t hurt at all, after all it’s free so it won’t even put a dent in your wallet.

Did you enjoy Free Comic book Day? Let Nerdbot Know in the comments!

Why We’re Stupid: Megan Fox Gets a History Show