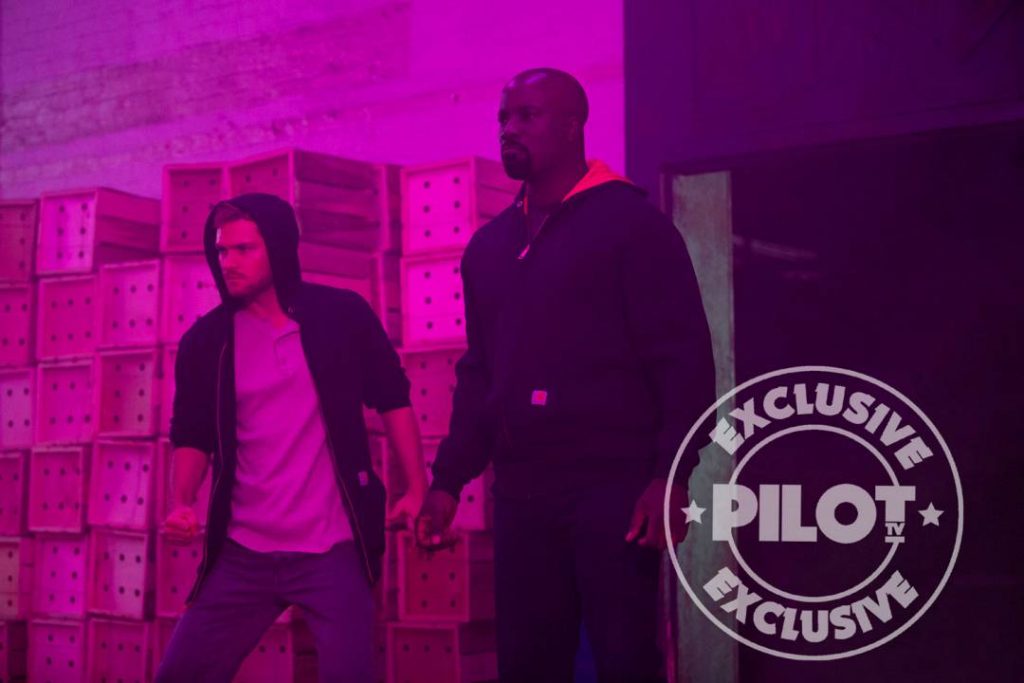 It’s been a few months now since we’ve seen Finn Jones aka Iron First, and Mike Colter aka Luke Cage together. Matter of fact the last time these dynamic duo have been seen together was back in Aug 2017 in the Defenders. There’s been some rumors bouncing around of if we’d see any crossovers now in the Marvel Netflix series. Now that the Defenders is all said and done. And it seems that the people got what they wanted with Danny and Luke teaming up in Luke Cage season 2!

Now Iron Fist has had a little bit of a bumpy ride being labeled as the worst Marvel Netflix character. And his role in the Defenders didn’t help his cause either. But love him or hate him we couldn’t deny the chemistry he had with Luke throughout the whole series. They seemed to go perfect together like peanut butter and jelly. From the first time they encounter each other with that back way alley fight. Or even the little conversations with him being tied up in a chair. It was clear they had something going on. And the fans wanted to see more of it.

After the Defenders was done tons of people wanted to see more of him and Luke team up with one another. Just like they do in some comic iterations such as “Heroes For Hire” which is pretty much what it sounds like. In that specific comic story they set up shop in NY and make a little bit of cash on the side while helping the innocent people of New York.

Although it isn’t confirmed that’s what they’ll be doing exactly. It seems like they’re going to be doing something similar to that based off the images released by “Empire.Com”. Danny seems to have a somewhat big role in the series with Empire saying “Danny Rand, aka the Iron Fist. Fresh from their Defenders team-up, Luke and Danny will be reuniting briefly in Cage’s new season”. He will be kind of a mentor to Luke showing him how to channel his inner Chi. Just like Danny does to summon his weapon the Iron Fist.

Not much or the plot for Luke Cage Season 2 has been released yet. But they have put out some teasers on all social medias and Youtube of him just looking bad-ass.

As far as we know, we don’t know who Luke and Danny will be fighting. So we’ll have to wait until June 22nd to find out.