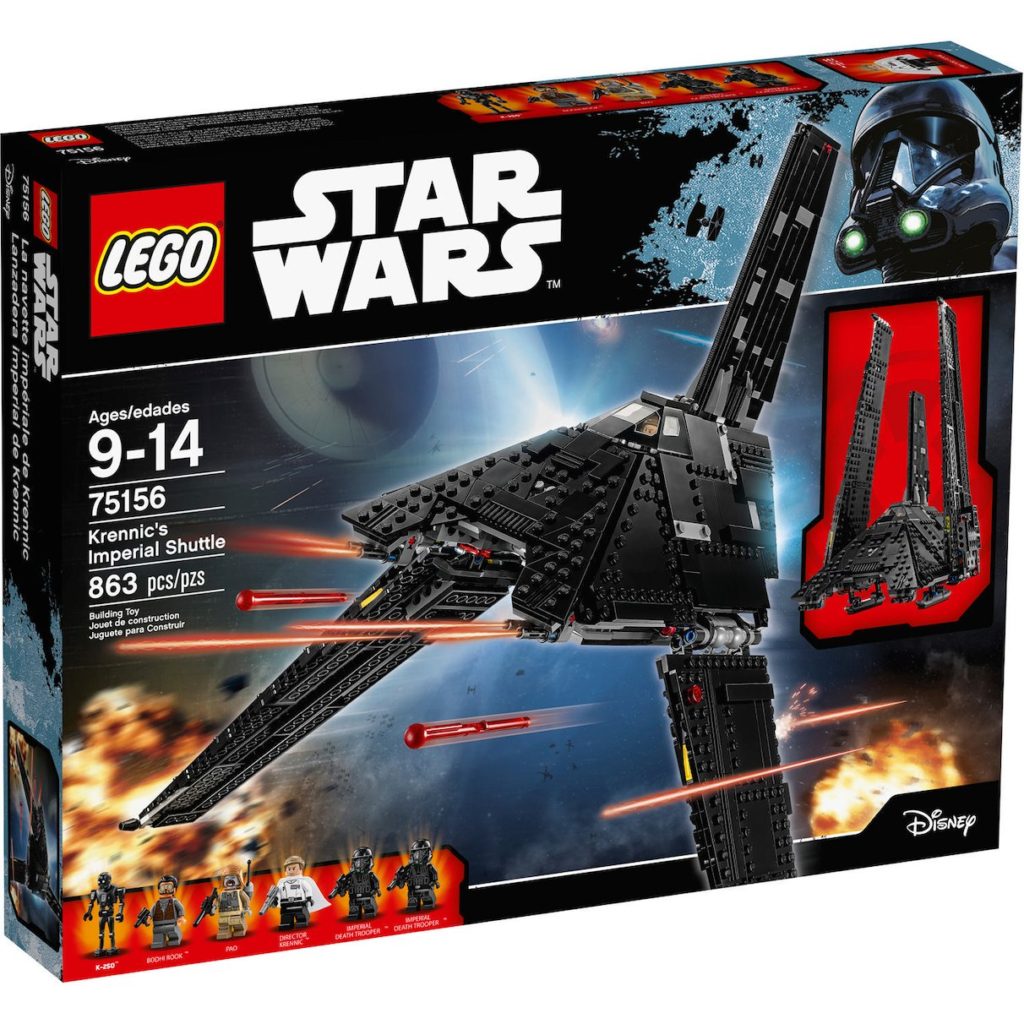 The announcement of ancillary Star Wars films to expand on the newly canonized Disney led franchise originally stifled fans. The mixed feelings left over from The Force Awakens had fans wondering not only if there would anything to build on, but anything worth building out of the box!

Thankfully, not too long after getting a redux of the Millenium Falcon, Tie Fighter, and 2 X-Wings, the Rogue-One sets hit the shelves to save the year!!

Commanding it’s position as the largest set at its time of release, Krennic’s Imperial Shuttle – 75156 stands out from the lineup with it’s bold wing display and completely black exterior. Similar to other high profile transports we’ve seen in the past, the overall build is nearly equal parts Technic and standard Lego allowing for a sturdy hull, but could have benefitted from a more sleek approach to wing design like the Imperial Shuttle Tyridum – 75094

The majority of pieces in this set consist of numerous black plates and tiles used to give the ship a sleek no-studs design. Following that, is the all-too-familiar Light Bluish Grey consisting of bare bones materials essential to any Technic chassis design. Thankfully and to Lego’s credit, the pieces you do receive are fairly new to the Lego Inventory list and can be useful for future creations.

The minifigs are all stellar, most notably standing out is K-2SO who sports a completely new body mold with printed logos on the arms and chest piece. It should be noted that this is the only set you can obtain him in. Krennic sports a nice white cape to match his uniform torso which ties together the entire fig well. The Death-Troopers also have their sweet share of printing as well as sport a unique black pauldron. Last but not least Bodhi-Rook is sporting a cool backpack but clothing wise sports a rather standard vest print.

The overall design is solid and a great attempt to emulate one of the more interesting designs to come out of the latest series of Star Wars films! Fans with keen eyes do note that the wing proportion and distribution is still something to be desired, but can be easily fixed by adding certain angled plates and hinges. While the set doesn’t have any stand-out pieces, it does make up for it by including healthy amounts of most molds. Unfortunately the lack of interior space, superfluous loading platform, and rough looking surfaces keep it from earning anything above an 8.

Unless you really need K2S0 for your build, I would advise Krennic’s Imperial Shuttle – 75156 for Collectors.

You can see all of our builds and videos on our Another Brick Studio Facebook Page!

Special Thanks to PaulMart Store for hooking us up with this set for review! 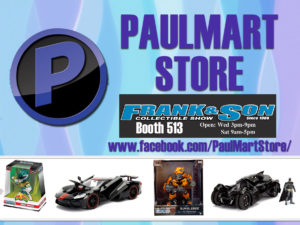