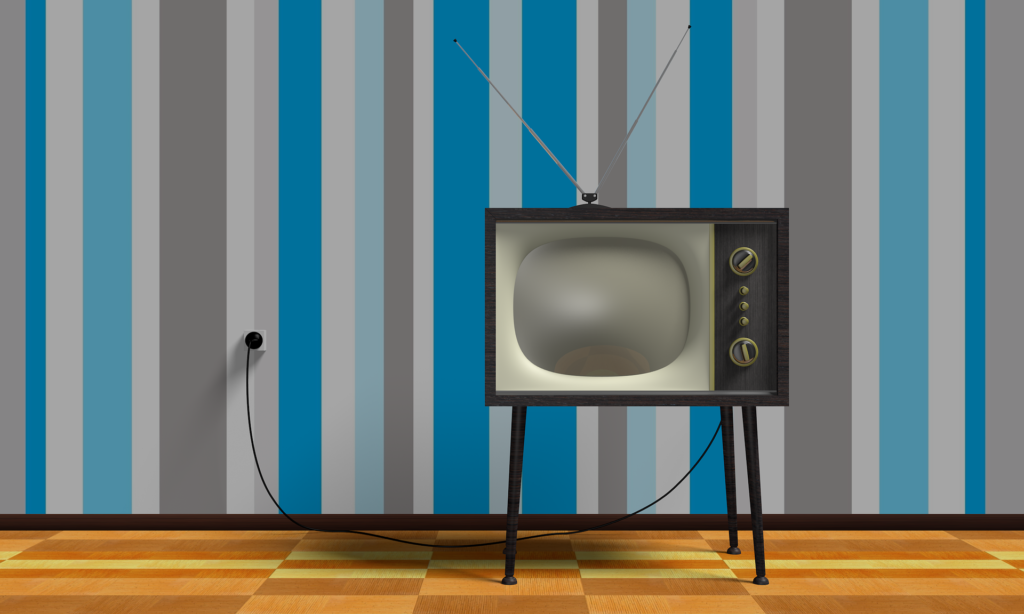 Hey guess what guys! They’re rebooting Greatest American Hero, that show you saw clips of on I Love The 80’s! If that’s not you’re cup of tea, you can look forward to reboots/revivals of Charmed, now with more feminism, because I guess that was a problem with the first one, or Murphey Brown, or Roseanne, or Magnum PI or Cagney and Lacey. If you can’t wait for all that nostalgia, you can currently watch Fuller House, (which made the sage decision that Kimmy Gibbler was not a bigger character in the original), The X-Files, Will and Grace, Twin Peaks, Gilmore Girls: a Year in the Life.  There’s also talk about rebooting The Office, because apparently we can’t have nice things. If your nostalgia jones still isn’t fixed, we’ve got a slew of Star Wars films on the horizon, Bill and Ted 3, Jumanji is doing better than expected in the theaters, It 2 is coming up and a Hollywood producer just announced he was rebooting my life, with younger, more relevant actors playing me and my family. I hope I’m Gal Gadot in this updated version.

To be fair, some of these will be entertaining endeavors that the fans will be pleased with. Some will get canceled or panned. And some will make us want to set our collector’s edition DVD sets on fire in protest. At least one will make us ponder who the target audience for a Cagney and Lacey reboot is. When farming the nostalgia fields, what’s better, reboot or reunion?

A key element to the advisability of a reunion show is if the original premise of the show still holds water twenty years later. I’m having trouble selling the pitch of my Small Wonder Reunion because I can’t explain why anyone would put up with a creepy soulless child-robot for three decades without spiraling into shrieking madness.  Likewise, Full House had a hard time coming up with reasons why two grown, gainfully employed men would spend eight seasons crouched in the attic and basement of Danny Tanner’s home. Because their nieces would miss them? Look, I have uncles and aunts and I love them dearly. I also realize that they are human beings with hopes and dreams that go beyond my childish whims, and let them have families and lives that go beyond being dusty puppets stored in the attic to be brought down for my entertainment. So it makes the reunion show Fuller House even more absurd and indicative that the Tanners/Katsopolis/Gladstone gang are unhealthily co-dependent. None of these people can manage children without being stacked in a house like some sort of cult compound? Plus the show is just so bad. If you are ever in need of a long, scalding shower, watch the episode where Stephanie DJs Coachella (Get it? DJ Tanner? Ah, pun humor gives me the LOLs).  The show edited out the part where the crowd riots after paying $400 to be subjected to a toddler playing Old MacDonald on the trombone via Skype. 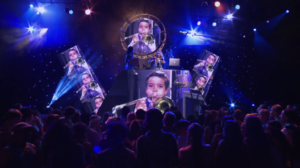 Wacky 80’s sitcom premises aside, for the most part shows centered on families do better in revivals because their very nature is about the characters evolving, whether it is shown through drama or comedy. Shows like Gilmore Girls, Roseanne and even Arrested Development can pick up ten years later because they were always about getting older, going to college, getting married and prison sentences. And yes, my friends, every one of my aforementioned examples had a storyline where a main character went to jail. We can come back decades later and see Rory and Darlene starting careers, George Michael investing all of his income in deluxe Ancestory.com packages and Lucille and Emily existing on a martini diet. Can that be its own show? I want a Bluth/Gilmore crossover where Lucille and Emily just say catty things over martini glasses.

What’s less successful, and I will go into with reboots, are shows where the characters are falling into the “Too old for this shit” category.  I watched a couple episodes of the last season of X-Files, and despite being a fan of the original, couldn’t help but wonder, “Why exactly does the FBI want Scully and Mulder back? Every episode of the original ended with a cover up and Mulder is certifiably insane by now.” The cast of Friends is swatting away reunion questions like so many gnats. Lisa Kudrow even joked on Conan recently, “They’re rebooting everything, but I don’t know. How does that work with Friends?… That was about people in their twenties, thirties. The show isn’t about people in their forties, fifties. And if we have the same problems, then, that’s just sad!” Since you asked Ms. Kudrow, I’ll tell you exactly how it would work. Rather than a show about bunch of hot singles hanging out in a coffee house and quipping about their lives –their jobs a joke, they’re broke –  it would just be a Facebook thread we would read. The Bings and Gellers would post pictures of their kids, concealing what rotten little punks they really were, Phoebe would just post confounding memes about hope or something and they would all make empty promises to get together for a drink when they were all in town. On the other hand, Hollywood, if I could have your attention, we could always reboot it.

Now, hear me out, By the end of the series, Monica and Chandler had twins, Ross and Rachel had a girl and Ross also had a plot device named Ben that attended zero of his weddings. Let’s assume Joey had at least one illegitimate child out there (I’m going to call her J.J. Tribiani) and Phoebe had that pack of children with her brother. They’d all be in their twenties now. That Sprouse kid who played Ben is already rebooting it up on Riverdale and the teens think him dreamy indeed. Could this idea work? Yes and no. It would be met with vicious eye-rolling by anyone over the age of 27.  To sit through a B-plot where J.J. lies on her Tinder profile about interests she doesn’t have and then have Ben compose her texts to a rich bitcoin investor is…actually genius, why am I giving these ideas to you guys and not driving straight to Hollywood? Because I’m out of gas. Oh.

To reboot a series is a gamble because what you’re relying on is that the property already has a fan base. How strong of a fan base dictates the strength of a reaction. Fans of franchises like Star Wars and Star Trek are famously scrutinizing of new installments. Jumanji, not so much. Seriously, have you ever really met a fan of Jumanji? Jumanji was just a movie you caught on TBS when it was too hot to play outside.

I mentioned Riverdale before, a show I am surprised became so popular. For me, the Archie comics were a series my grandmother bought for me from the grocery store, a quaintly old-fashioned comic that even at 8 years old seemed rather tame and milquetoast. Before the series premiere, I mentioned it to a friend who turned out to be an Archie fan. With an Archie aficionado on our hands, we organized a viewing party. A typical teen drama to me, in company with shows like 90210, Dawson’s Creek, One Tree Hill, The O.C. and Pretty Little Liars before it. My friend saw it differently, eliciting short laughs and eye rolls at this dark take on Jughead and Archie’s jalopy.

Reboots like Teen Wolf and even Michael Bay’s TMNT series do well despite destroying everything we held true because the creators are screaming “This is not for you, original fans! Your time in the sun has gone! You make car payments and don’t buy foam katanas or Arianna Grande albums!” It doesn’t make it true that all reboots are successful based on fresh faces and 21 Pilots songs. The world isn’t the same place that original Footloose took place in. You know how hard it would be to ban rock music in the internet age? Even if you were successful, there’s still EDM you’d have to go after and whatever Pink warbles about. I could get behind banning Pink. Where’s your online petition Reverend Lithgow?

Be careful for what you wish for. For every Blade Runner 2049 and A Year in the Life there is a Fuller House and I’m sure there is an Urkel reunion on someone at ABC’s desk. To paraphrase the great Dr. Ian Malcom, the question is not whether we could, its if we should. A disappointing asterisk on that is that Goldblum will be reprising his role in Jurassic Cash Grab: Escape from Lava Island. After starring in Independence Day 2. Even Will Smith avoided that and he thought After Earth and Suicide Squad were good ideas.

Or I guess we could just start making original films and TV shows rather than just recycling the same tired properties every twenty years. But if we do that my flared jeans and butterfly clips will never come back into style and I’ll have to start buying new clothes.

Are you excited/dreading the reboots and revivals of your favorite shows and movies? Is your sister a robot but you’re not allowed to tell anyone due to the iron fist with which she rules your family? Let Nerdbot know in the comments!