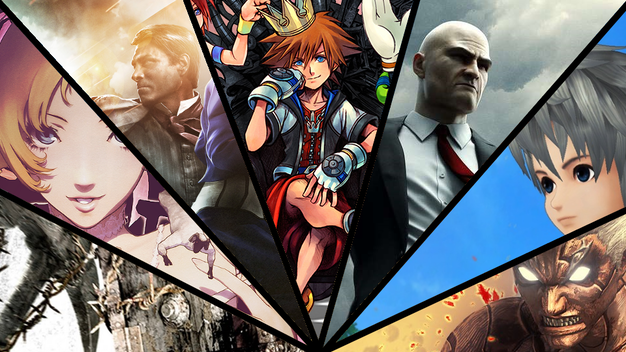 While It’s no secret that I’m a huge fan of Video Game music, it might be lesser known that I’m actually a bigger fan of “Classical” and orchestral music. Classical here being used as an umbrella term for pretty much everything made before the 20th century that requires a conductor to perform. Orchestral music to me reigns supreme as the pinnacle of music with it’s ability to ebb and flow on the fly to match the dynamic cadence similar to natural human speech. All it takes is a few nuanced changes and suddenly a familiar piece of music paints a vastly different picture, the best example of this I can think of off the top of my head is Dead Space’s rendition of Mozart’s 12 Variations in C Major K265 or more commonly known as  “Twinkle, Twinkle Little Star” that they used for the announcement trailer. While I’ve been a fan of classical for as long I can remember, video games were my catalyst into the world of playing music. The little bleeps and bloops we more than enough to spark my imagination and soon I was running around everywhere whilst humming my own theme just like in early RPGs. Nostalgia aside, classical pieces have a certain gravitas that can really emphasize a scene or moment in time and below are some the best examples of classical music in video games.

If it’s one thing horror games get right, it’s making you feel on edge for your entire playthrough. The Evil Within, created by the same team as Resident Evil, places you in a nightmare of mysteries and close shaves that every time you hear Debussy’s most famous piece you can’t help but sigh in relief for the respite. But the longer you stay in the save room the more haunting the theme becomes as you realize the eventuality of leaving its relative safety.

It was honestly kinda hard to pick one above the others to exemplify this fiendish tower puzzle game, that revolves around Vincent and his indecisiveness between marrying Katherine, the straight-edge and driven businesswoman and Catherine, the wild and unpredictable succubus. I felt like “The Storm” perfectly encompasses the overall feel of this game. The game is adult-oriented in its themes as it explores the fears and irrationalities that many males face with a commitment. If you’ve ever heard of the “Mozart Effect” then you would know that the music selected from Rossini and other classical composers for the OST function more like a concentration aid to this puzzle platformer game. While it does add to the overall urgency and fear themes of the bosses like the Social Life Killer Baby and the Bridezilla for example, they are really no more than just well made short loops that make it hard to appreciate the pieces for more than ambiance.

Bioshock is one of those series of games that make the best case argument for video games to be viewed as art, with its chilling claustrophobia-inducing level design and art style of Rapture contrasted by the bright, open and vivid grandiose setting of Bioshock Infinite complemented by its thrilling backstory told by all the hidden tapes scattered all around Columbia, the sky floating city. The best moment in the game to me is when you enter Lady Comstock’s Memorial and you enter it starts off with the crescendo from the third section of the requiem Sequentia and the phrase “Lacrimosa dies illa”. The halls of the exhibit echo the sorrow felt by our antagonist serving as foreshadowing for the big reveal at the end.

Kingdom Hearts is an RPG that mixes both worlds and characters from Disney and Final Fantasy so naturally, this piece seems like it’s out of place. That is until you realize that it’s from Disney’s Fantasia. While Fantasia might not be on your list of favorite Disney films, simply because it’s really old and some of the younger fans simply haven’t seen the film, the inclusion of the 1940’s arrangement as well as the Demon Chernabog from the final scene might have flown over your head only to think that it’s just a really cool boss with an epic theme.

After three games Agent 47, the original video game assassin genetically enhanced to be the most efficient killing machine, it seemed like he was at the top of the proverbial crimelord food chain. The pleasantly serene Schubert piece atop of the backdrop of a dead Agent 47 is reminiscent of the Louis Armstrong “It’s a Beautiful World” playing alongside videos of war and extreme violence. The very dissonance of intentions of each creator is what really makes it stand out and has subsequently become a staple in the franchise since.

Eternal Sonata is one of those games that stand out for many reasons including its wonderful cast of characters inspired by musical instruments, terms, and styles. The game’s premise is set in the dream-like world that Chopin (A famous Romantic-era piano composer) created towards the final hours of his life in which he is the main protagonist. Interestingly enough while this piece is more commonly known as the “Revolutionary” Etude (named for the polish revolution at the time) and aside from the “Funeral March” Chopin himself has never named any of his pieces beyond genre, number and key, leaving interpretation to the listener. This piece was amazingly arranged for orchestration and choir making the final battle against Frederic both sorrowful and cathartic.

Starting off with the relaxing and well-paced rendition of the second movement before giving way to the symphonic genius of Dvorak during the opening of chapter 11; perfectly building up the tension during the battle with Asura’s mentor Augus on the moon. The triumphant crescendos match up exquisitely as the standoff starts as a simple fist fight between former teacher and pupil and slowly but intensely building with every crushing blow into an epic battle that eventually ends up having its decisive end on Earth. There is a certain panache that the new world brings into this fight that’s very reminiscent of western duels making this one of the best uses of Symphony no. 9.

The effects and inspiration of these pieces are still felt today, hundreds of years after they’ve been written. With this, I hope that you, our reader, can appreciate the music which many ignorantly argue are too old to be relevant today.  Now, go out and see an orchestra perform whether it’s the Distant Worlds, Symphony of the Goddesses, Lord of the Rings, Harry Potter or a classical recital.