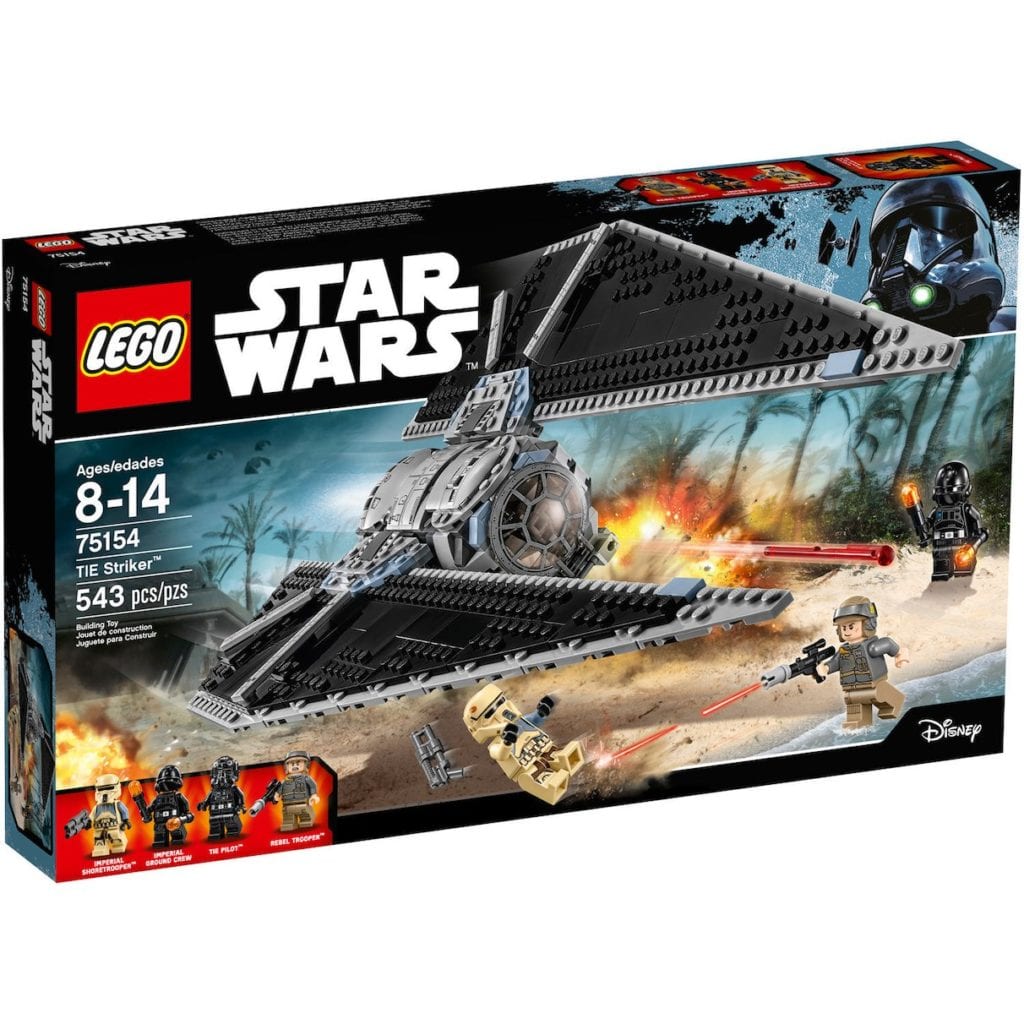 Anyone looking to defend their base against rebel attacks can put their trust in the 75154 Tie Striker. A sharp looking low flying but formidable challenger to anyone approaching by land or by air. Considered an early prototype of the Tie’s we’ve all come to know and love, The Tie Striker makes it’s debut just before “A New Hope” in the Star Wars timeline. Minutes before the Empire established themselves as a dominant force in the galaxy in the skies above Scariff.

While most Imperial color schemes rarely step out of the monochromatic gray-scale, the striker implements a blue that melds naturally with the standard light bluish grey color, enhancing the few areas that are highlighted to have a more streamlined appeal which can be seen near the wing joints and storage compartment.

The Technic elements used are simple and effective, allowing a dual wing function that is practical as well as good for different modes of display. Not to mention the scale, which seems appropriate considering the wing span is nearly 3 times longer than the cockpit. 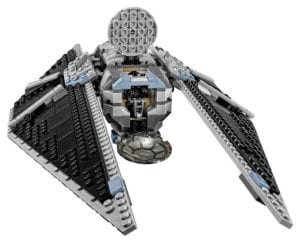 There really are no counter points on this build, nearly all features are complimentary to both Builders and Collectors. Whether you are upgrading your arsenal or looking to add some appeal to your ship collection the Tie Striker is a set you won’t want to miss. It’s price has currently been lowered so if you haven’t picked it up you may not want to wait much longer.

Does the Tie Striker seem like the type of set for you? Let Nerdbot know in the comments!

If you want to see more of my Lego work you can by clicking the image below:

Thanks to PaulmartStore.com for supplying us with this awesome set! Check out his store: