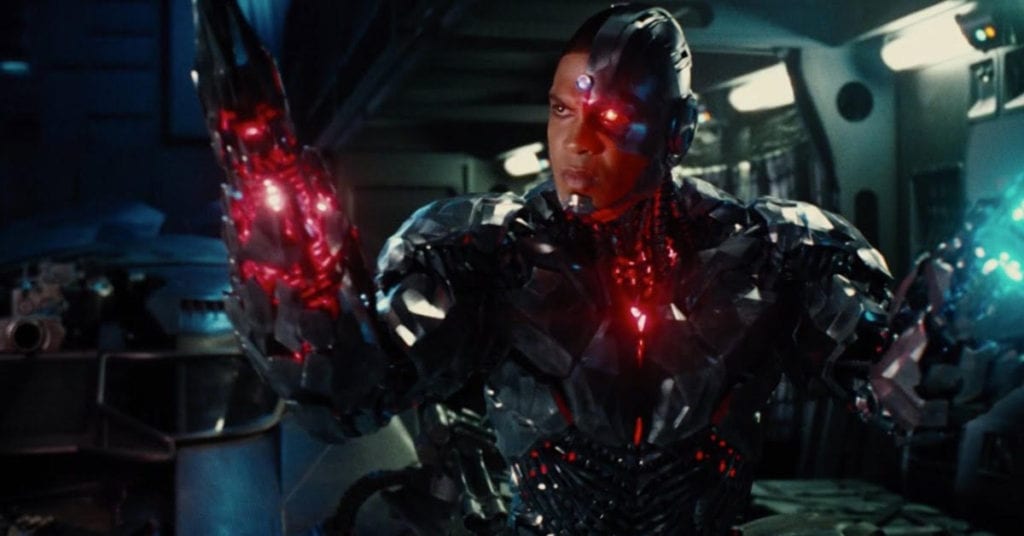 By [email protected]October 28, 20172 Mins Read
Share
Facebook Twitter Pinterest Reddit WhatsApp Email
Photo Credits- Warner Brothers
Anyone else noticing a pattern?
Two weeks ago we got Aquaman, last week we got the Flash, and this week Cyborg is front and center in the most recent installment of the DCEU’s “First Look” series.  Thank you the people over at Comingsoon.net for their October 23rd reporting which revealed the next chapter in Warner Brothers and AT&T’s latest marketing technique.
Check it out below!!

“Half man, half machine, all superhero.”

The featurette gives us a brief introduction to Victor Stone, played by Ray Fischer.  Stone is a quarterback for Gotham University who is in a horrible accident.  His father attempts to save his life and in doing so merges Victor’s body with a Mother Box, creating a powerful meta-human.  And thus… Cyborg was born.  We are also treated to a couple shots showing off his advanced technological skills, strength, and weapons capabilities that I’m sure will dominate the screen.  As far his role in the Justice League movie itself, some new footage of a discussion between Wonder Woman and Cyborg wearing a hooded get up similar to Luke’s in the beginning of Return Of The Jedi, indicates an element of hiding and maybe an internal struggle to find his place in the world.  I’d bet the film plays into the “better together” theme when making the effort to “Unite The Seven” in ways that go beyond defeating an army of Parademons.  Each Justice League member is alone in some way, fortunately for Batman and Wonder Woman, they have found their purpose in life and it only makes sense for them to mentor those who were at one point, exactly like themselves.
As of this writing we have three more weeks until the Justice League is released.  And I feel these “First Looks” are a great idea to help the audience get acquainted with the characters in advance of November 17th.  Just please DC, save the Superman surprise for the theater.
By Adam Chmielewski
@polishkaiju
Are you excited for Cyborgs flick? Let Nerdbot know in the comments!