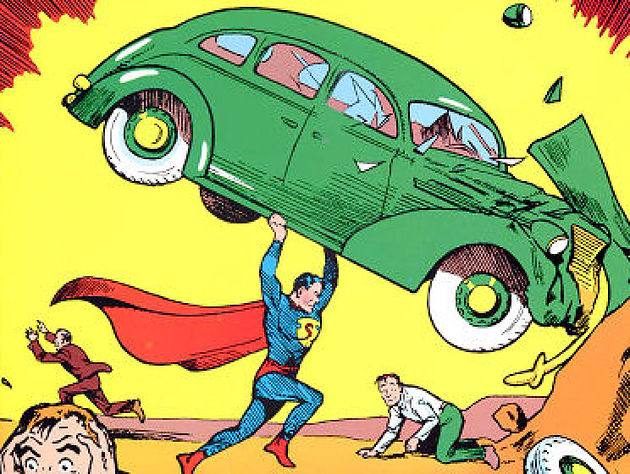 Growing up as a kid I always had a passion for comics and video games. It was simple compared to how it is now, even with Superman, Spider-Man, Batman movies. Reading comics was amazing. It was a great way for me to escape the everyday life and see how it is to live in my favorite superhero’s life, just as video games helped expand my creativity.

Everything changed once Iron Man came out.

The impact it had on society was huge.

Within the last couple of years a new trend was born. The trend is having a new found love in comic books and geek culture. All sorts of people are interested in what back in the 90’s and 80’s would be considered lame and nerdy now. You’ll see the biggest dude at the gym rocking a Star Wars tee, and someone you’d never expect have an Avengers phone case. Why is geek culture so popular, with such a huge following now as opposed to previous years when many others have tried to accomplish what has been done now?

It was breathtaking when Iron Man came out, because then everyone wanted to know everything about Iron Man, going out of their way to pick up the latest issues. Reading the latest Ultimate Iron Man, trying to figure out what his true motives are, and why he’s always so cocky. All of a sudden everyone was a geek and it was simply awesome.

I could talk about superheroes with pretty much everyone and not fear getting made fun of. All sorts of people I would never talk to at school, would come up to me asking me all kinds of questions about Iron Man and the Avengers. Every other week I’d go to my local comic book shop, I’d see a bunch of fresh faces. With every new movie that Marvel would announce people would get that much more excited. Just like when Captain America was announced the same thing that happened with Iron man happened to it. It was a beautiful cycle.

“People wanted to be exposed to this lifestyle.”

But it wasn’t just movies that this culture was expanding in. It sparked a huge growth for comic conventions. People wanted to be exposed to this lifestyle. To quote Colin Kenneth Bass, an actor and cosplayer with a following of 7,000+, stated:  “Geek culture was going mainstream when SDCC (San Diego Comic Con) started selling out. I went for years and never had a problem getting passes, but then all of a sudden it was so packed.” Bass stated: “Each year these cons in Southern California get bigger and bigger”.

It was no secret that this was a trend that everyone wanted to hop on no matter who they were.

Even going to conventions is a lifestyle of its own. Most ,if not all, people will go to conventions and dress up as their favorite characters. This is “Cosplay.” People go out of their way to dress as accurate as possible to whatever character they choose to cosplay as. A huge chunk of them will even try keep the attitude of whatever character they dress as. It’s a great way for lots of people to come out of their shells and express themselves. An example of this is if you run into a Tony Stark more than likely he’ll act as cocky as humanly possible. Or if you run into a Captain America he’ll act all surprised when you pull out your phone to take a picture, and ask all sorts of random questions on how it works.

Flash forward to now there’s all types of superhero movies and shows! With TV companies such as Fox and the CW doubling down on the whole superhero genre. With shows like Gotham, Arrow, Agents of S.H.I.E.L.D…. They’re everywhere now. The numbers started to speak for themselves with Arrow being the forefront for modern day comic book TV shows.

Debuting far back as 2012, arguably inspiring others like Agents of S.H.I.E.L.D. to debuting back in 2013 only one year after Arrow. The beauty of those shows is that that they grounded the whole super hero aspect. To quote Bass: “They brought these kinda cheesy spandex-wearing heroes to life in a semi-realistic way.”

Something I firmly believe help jump start the geek trend were games like Spider-Man that came out in 2000, Ultimate Alliance that was debuted in 2006, and Batman Arkham Asylum that came out in 2009. All of these games helped introduce many kids and adults in to superheroes they’d never bother looking into. Even with younger kids with Lego makes tons of superhero games for them. Jared Kotoff, a Twitch streamer with a following of 700+, said: “When they see the superheroes in other franchises they’re probably immediately interested simply because they recognize that character.”

But there’s more comics have to offer as well.

They serve as an icon to people everywhere, if it’s not Captain America with his beliefs, Superman with his ideas, or even the Flash with his moral compass. They all have key traits that everyday people should hold dearly to them. A few examples of this was when Captain America: Civil War came out. Black Panther was finally introduced on the big screen for. What he represents is being praised highly in black america. They’re treasuring him because of how he is portrayed, being an intelligent, strong, iconic black figure to aspire to.

Not to mention the latest hit Wonder Woman, her appearance was huge for women everywhere. She taught women everywhere how to be strong, and independent. The more relatable super heroes are, the more people will tend to like them. Both of these characters have both been around for a long time now but, grasp new found fame in just small roles in the movie the played in.

“The marketing behind comic

The marketing behind comic book culture is amazing. They found a way to comic book characters more human to everyday people, breaking away from the whole super human aspect and telling their story. More and more people are finding a new found love in comic books all together. Like Bass saying: “I have loved DC since I was a toddler. My mom says my first words were the Adam West Batman theme song”, or some kid walking away from the latest avenger movie.

This is a culture that isn’t going to die anytime soon because the more people look into these characters, the more they find out how awesome they really are. If it’s not from T.V. shows, comics, movies, even conventions people more and more are getting exposed to this lifestyle. In the immortal words of man that started it all ,Stan Lee…

What do you think about comic book culture going mainstream? Let Nerdbot know in the comments!