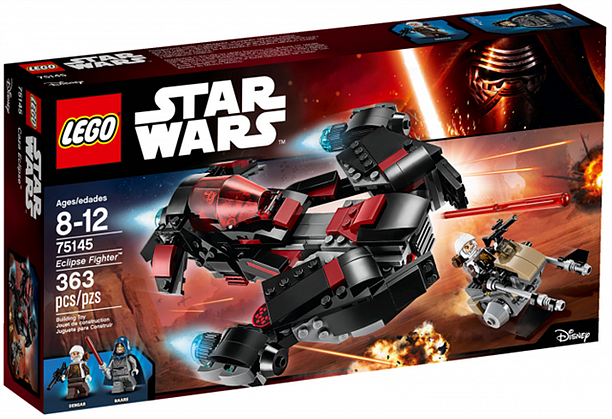 The 75145 – Eclipse Fighter blasts its way from the deeper side of Star Wars lore. Helping paint a better picture for characters the average Star Wars fan (much like myself) might be unfamiliar with. The ship comes with its pilot Naare and the much seen but little known bounty hunter Dengar.

The 300+ Piece count is chocked up to meshing small plates and sloped tiles around the hulls and Technic movement. If you are looking for smooth parts for a dark ship the Elcipse Fighter will benefit you!

Covering the craft from all sides are sloped and modified tiles which add the perfect amount of scifi appeal. Following what looks like a complex form, is a complex function. With two possible wing formations, the Starfighter shifts the wingspan to prepare for cruising or combat flight.

Naare was a Force-sensitive humanoid female Sith who served the Galactic Empire. During the Galactic Civil War, Naare was tasked by Emperor Palpatine and Darth Vader with locating the Kyber Saber. In the course of her mission, Naare encountered the Force-sensitive Rowan Freemaker; who was a member of the Freemakers, a family of scavengers. Pretending to be a Jedi,  she offered to train Rowan in the ways of the Force. Over time, her Sith tendencies began to show and the Freemakers gradually realized that she was a Sith agent of the Empire.

Also included in the set is Dengar, making an independent appearance. Dengar is most notably from The Empire Strikes back. Famous for a scene in which Darth Vader is assembling his top Bounty Hunters to find the Millennium Falcon!

While the various pins and sliding elements create a unique and creative design, it turned out to tedious for our guest builder. Alex (@IamCowie on Instagram) in our  Speed Build video below had some left over parts:

The only serious critique for this set would be the difficulty or age range. Lego has stepped their instruction and packaging concept to the next level creating a unique and satisfying formula of execution. The similarity of parts and arrangement of the booklet seemed to steer our experienced builder the wrong way. Overall, it appears the Technic method used to achieve this cool slender look is also what makes it a hard fit for the suggested 8-12 age range.

While most Star Wars Collections would seem incomplete missing a character or two, the unfortunate reality for many is that they just won’t know who Naare is unless they cared for the Freemaker story-line, which as of now only exists through Lego. Beyond that, anyone looking to pick up Dengar for a nice ‘Empire Strikes Back’ diorama will benefit more from the 75167 – Bounty Hunter Speed Bike Battle Pack which was announced this week and includes a far better lineup for your needs and your buck.

I recommend this to Builders who are looking for a challenge but also recommend you to be a savvy shopper. Do your best the best deal since this will most likely be an unpopular in the long run. I don’t believe it warrants the full face cost that notable Star Wars icons normally share.

Happy Building And as Always, May The Force Brick With You!

For more information about Anthony and his Lego builds please vist and like his page on Facebook by clicking on this link. 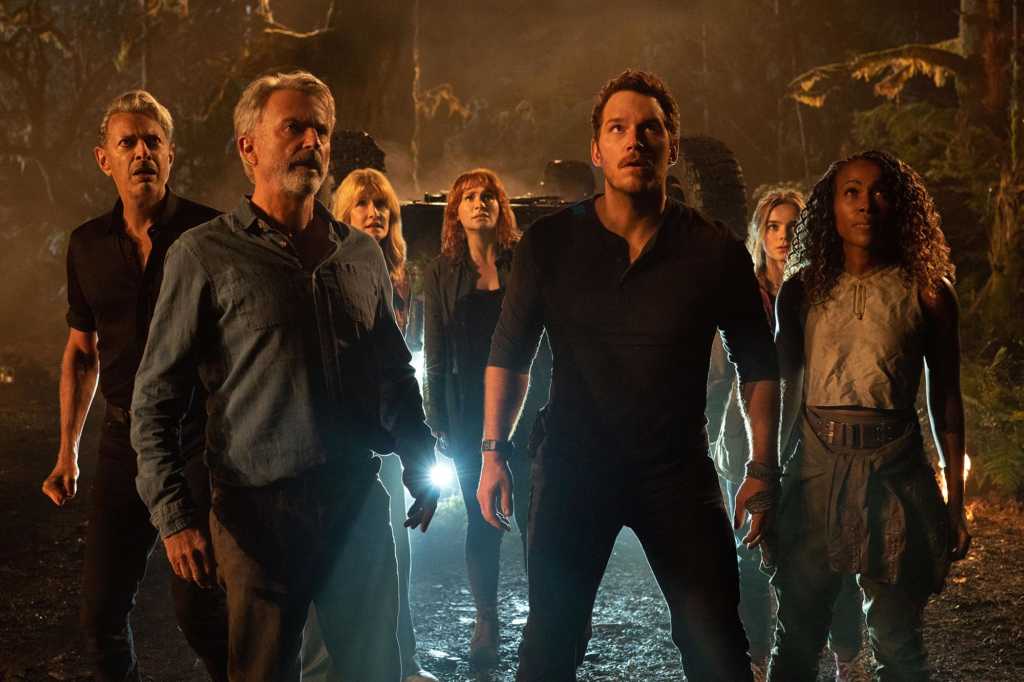 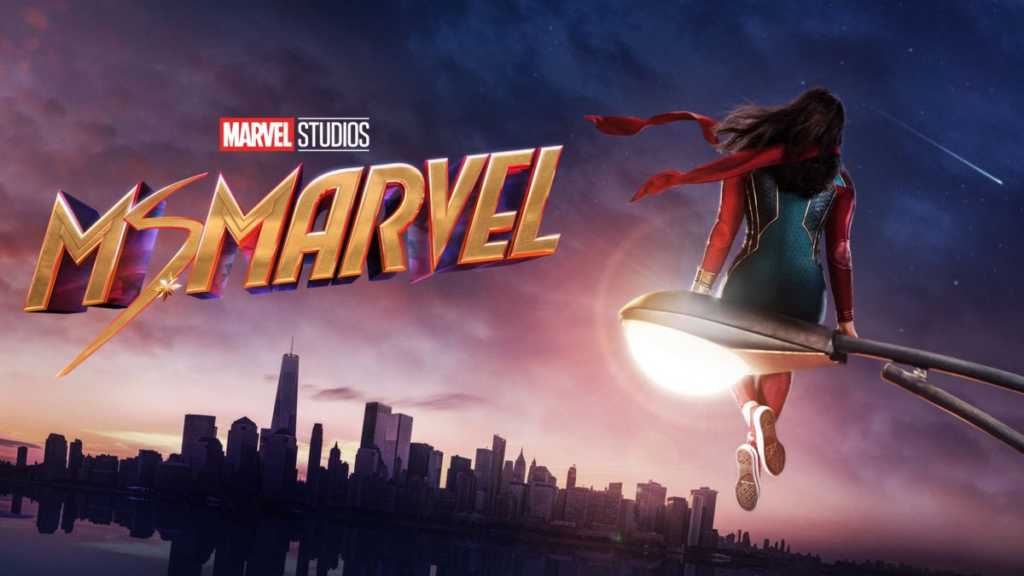 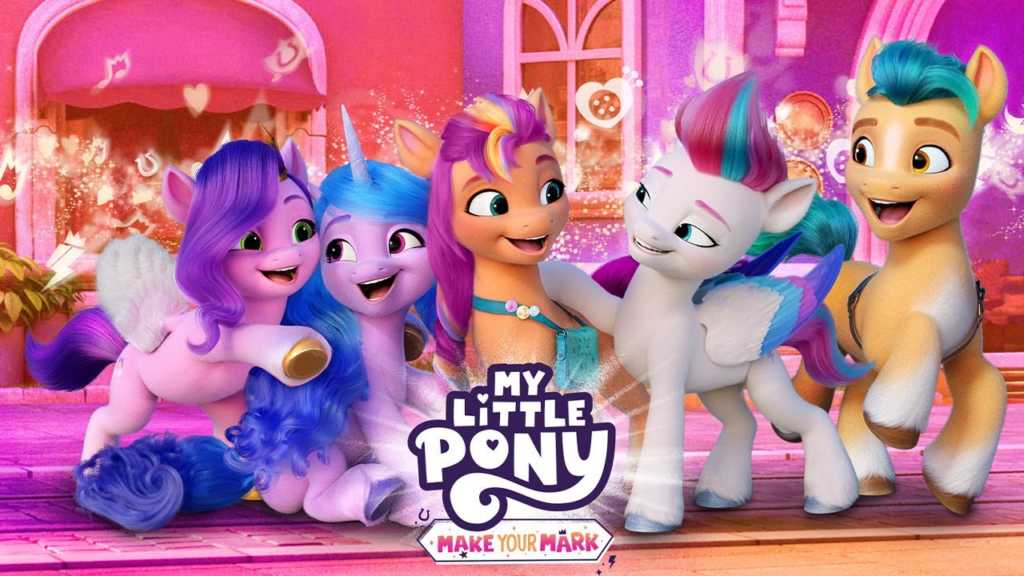 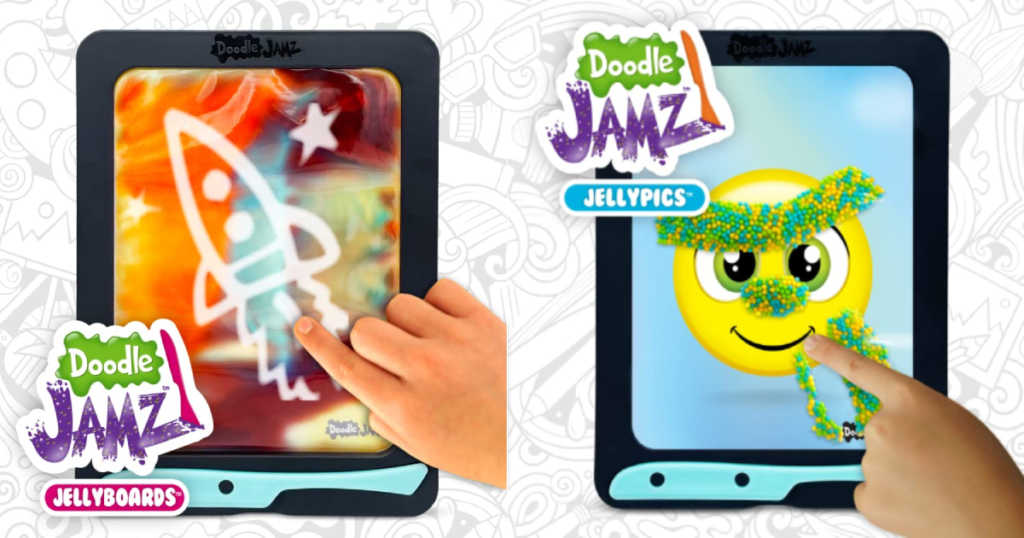