This morning, in celebration of the first day of fall, Paramount+ has added a Peak Screaming portal for their Halloween content. Making accessing spooky season programming even easier as the temperatures begin to drop. This portal is made up of a mixture of both films and television shows, some of the collections include:

With blockbuster movies like “A Quiet Place,” “The Ring,” “The Descent,” “World War Z,” and “10 Cloverfield Lane.”

A collection of chilling thrillers like “The Babysitter,” as well as more straightforward horror films like “Spell” and “Saint Maud.”

With spine-chilling films such as “Orphan: First Kill,” “Scream,” “Candyman,” and “The Town That Dreaded Sundown.”

A collection of shows that will have you on the edge of your seat like “Evil,” “Parot,” “The Twilight Zone,” and “Criminal Minds.”

Something for the whole family with favorites such as “Sabrina the Teenage Witch,” “The Addams Family,” and “Are You Afraid of the Dark?”

Is a collection of Halloween episodes from popular Nickelodeon series such as “Big Nate,” “SpongeBob Squarepants,” “Paw Patrol,” and “Blue’s Clues.”

Classic Halloween episodes from some of the most popular CBS series, including “Beverly Hills,” “90210,” “Blue Bloods,” “Cheers,” “Frasier,” and “Ghosts,” which will return for its second season on Thursday, September 29th. The frightfully funny series will also debut a special Halloween episode, “Halloween 2: The Ghosts of Hetty’s Past,” on Thursday, October 27th.

A collection of timeless films like “Night of the Living Dead,” “Prophecy,” “Dementia 13,” and “Attack of the Giant Leeches.”

And this isn’t even it’s final form! These offerings will only grow in October to include even more genre bending hits and cult classics like “The Grudge,” “I Know What You Did Last Summer,” “Shutter Island,” “Jennifer’s Body,” “Annihilation,” and “Invasion of the Body Snatchers,” among others. So get your candy corn ready and settle in for some serious binge-watching. 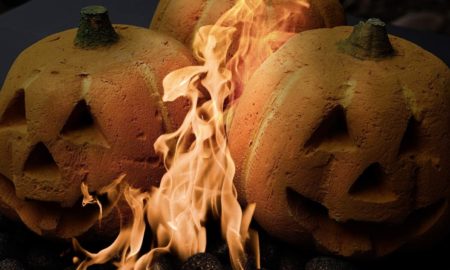