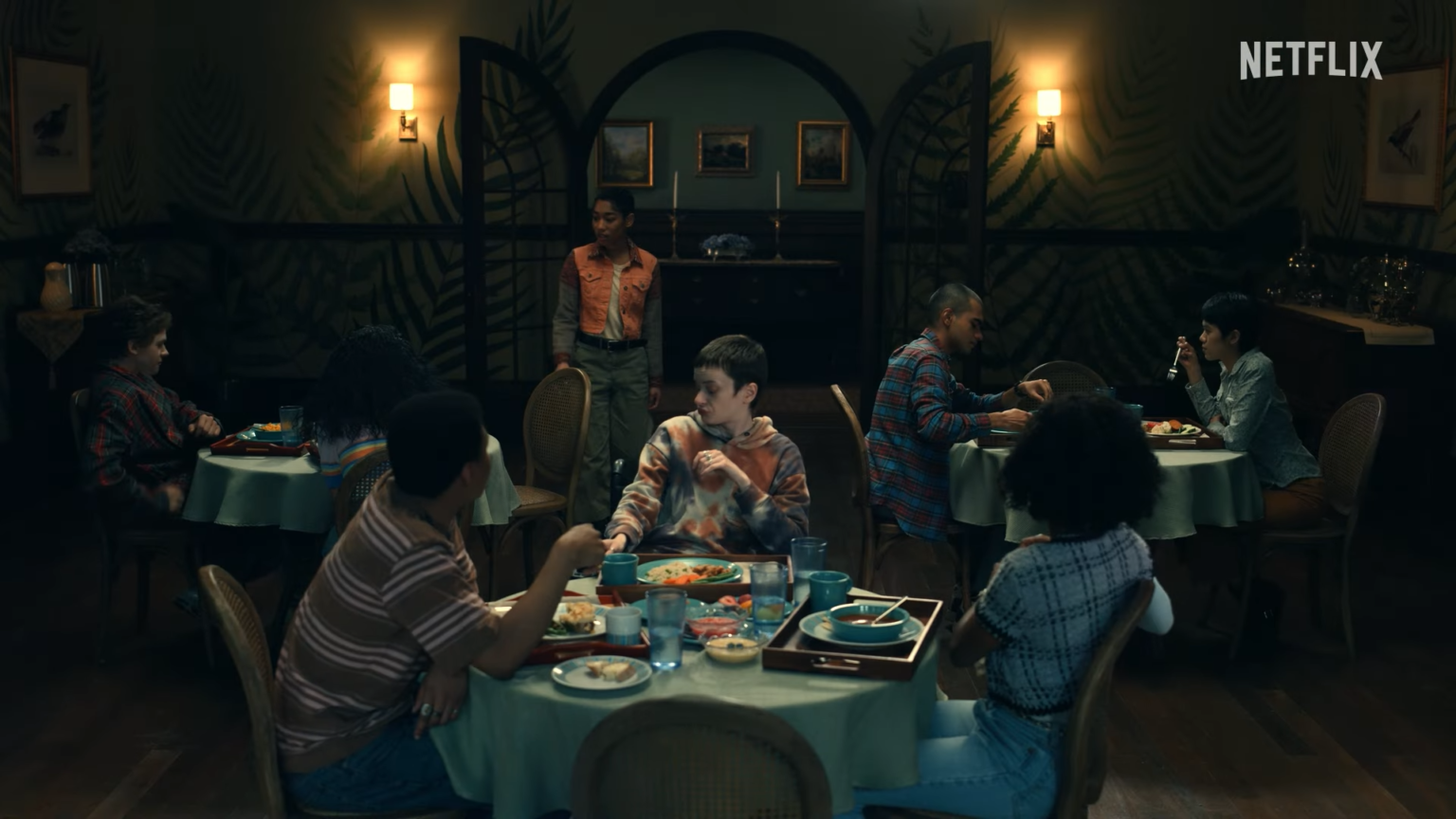 Mike Flanagan is Netflix’s hot hand in horror these days. Over the last couple years he’s brought to us his interpretation of Stephen King‘s “Gerald’s Game“ as well as an updated version of the Shirley Jackson classic, “The Haunting of Hill House.” In 2021 he created his own series “Midnight Mass” exclusively for the streaming platform. Now. we have a spookily substantive trailer for his next project, “The Midnight Club.” And unlike the too often, short, uninspiring teasers we tend to get, this one is two and a half minutes of chilling set-up. Best of all, it’s premiering soon.

The trailer starts off with a mixture of emotions. We follow the story of a young girl who finds out she’s been successfully admitted to Stanford University. The happiness is short lived though when she starts coughing up blood sometime shortly after. Regrettably, she learns she has thyroid cancer. Some online research she conducts leads her to a hospice home called Brightcliffe, where she finds herself amongst others her own age who are also dying.

For a moment, the tone lifts up as it seems like we’re going to get some endearing story about kids finding joy amongst sorrow and tragedy. The kids seem to be having a good time getting to know one another and our new arrival finds out that the other residents like to meet up to tell stories. In an almost, “Are You Afraid of the Dark?” like way, the kids call themselves “The Midnight Club” and spin creepy yarns; or as another one of the kids put it, “make ghosts.”

Well it looks like someone is a bit TOO good at making ghosts because a bunch of really creepy stuff starts happening that goes beyond the realm of stories. Scary ghost girls, shadows coming to life, someone getting hit by a car… well, not everything bad is supernatural. This is all paired against at least one of the girl’s desire to heal everyone and help them live. Could the latter be causing the former, manifesting things into existence as a price for life?

The series is based off of a novel of the same name by Christopher Pike, originally published in 1994. The official product description for the novel states that one of the story elements involves a pact made between the kids. A pact that If one of them dies, they’ll find a way to come back and notify the others that there is life after death. Then one of them dies.

We’ll see how closely the series follows the original novel when the series hits Netflix on October 7th.