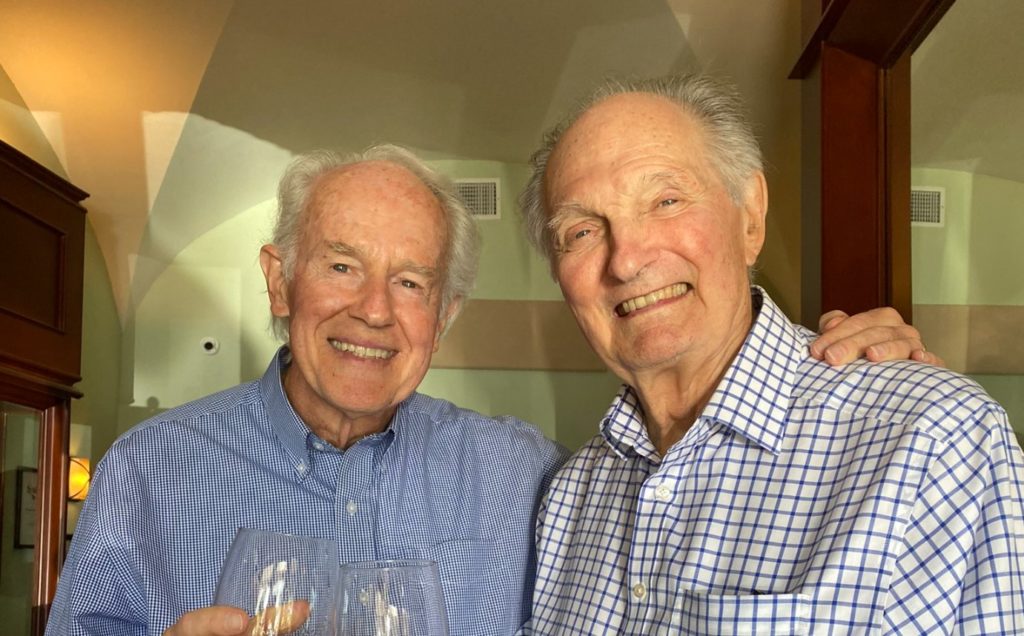 There are few shows as multi-generationally loved and revered as “M*A*S*H.” To commemorate the show’s 50th anniversary, two iconic actors got together to toast to the series. Captain Benjamin Franklin “Hawkeye” Pierce (Alan Alda) and B.J. Hunnicutt (Mike Farrell) reunited to celebrate such a momentous anniversary.

Farrell (83) and Alda (86) made people laugh and cry during one of the most difficult times in our history. Premiering in 1972 and filming during the tail end of the Vietnam War, “M*A*S*H” helped a lot of people deal with loved ones who were actively deployed and those veterans who had come back injured from the war. Many people saw the war as unnecessary or at least that the United States should have pulled out sooner. This show taught us that war is hard on everyone involved, and showed us the strength and compassion that was needed to be on the front lines helping those that were risking their lives for the sake of our country.

This is one show that while a bit dated, is a great reference point for how our world was during the Vietnam War. It ran for over 11 seasons on CBS, with 256 episodes. Exterior scenes were filmed at what is now Malibu Creek State Park. You can get a really nice box set of “M*A*S*H*” here. It’s also streaming on Hulu.