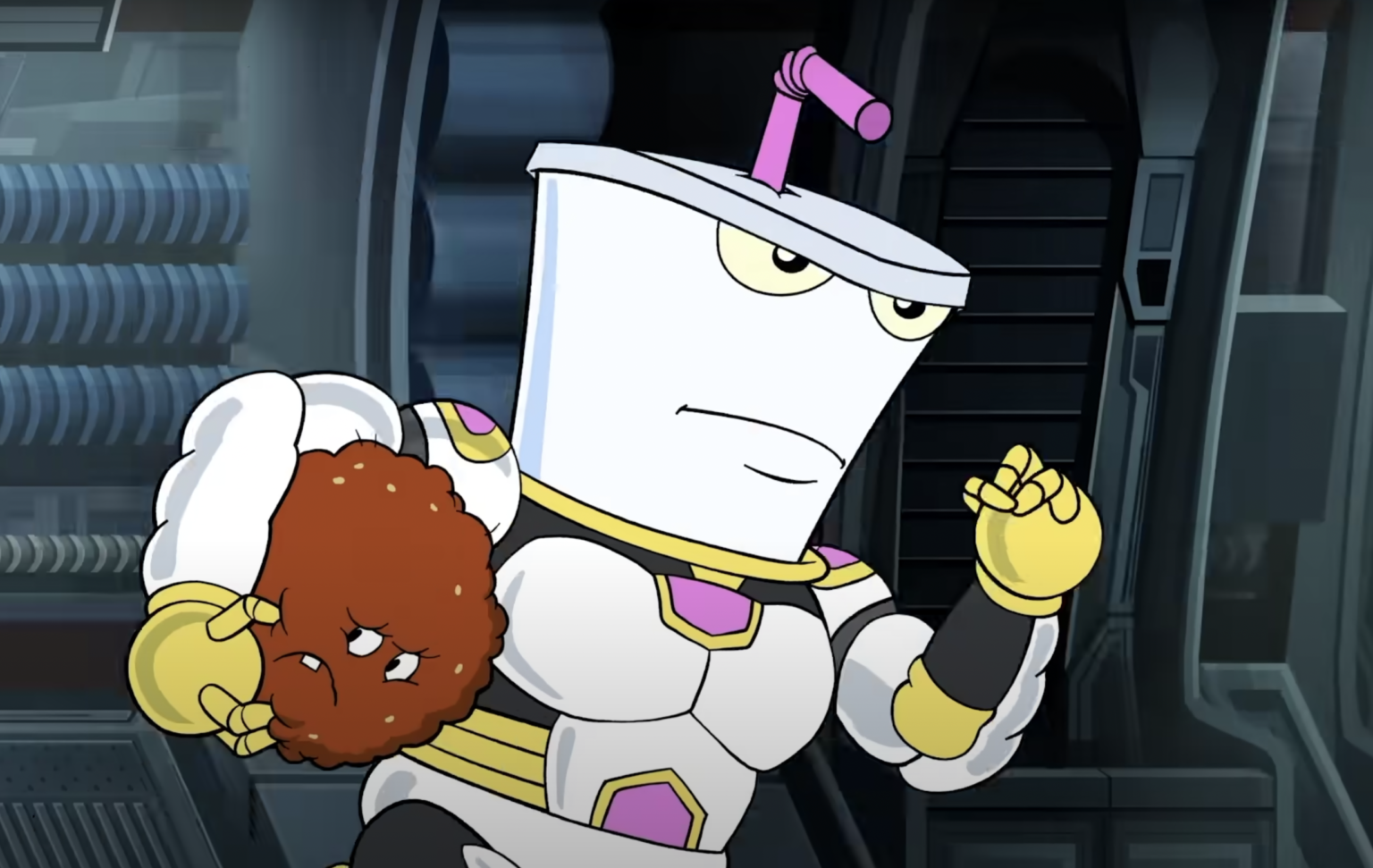 They’re still number one in the hood, G. Aqua Teen Hunger Force is back! Well, they pretty much already were back, but now they’re officially back with a new movie! The team of Master Shake, Frylock, and Meatwad have not been forgotten by their Cartoon Network/Adult Swim fans. Their fanbase is still strong even now, seven years after the series ended. ATHF was a staple in the network’s early years of the adult oriented programming block, enough so to warrant it getting an official film in 2007. Fifteen years later, it’s getting a new film to be released digitally and on 4K and Blu-ray, “Aqua Teen Forever: Plantasm.”

Last year, it was announced these movies would be released to continue the franchises of “Aqua Teen Hunger Force,” “Metalocalypse,” and “The Venture Bros..” Things went quiet for a bit until a few months ago when the official adult swim YouTube released a series of shorts called “Aquadonk Side Pieces” as a kind of continuation of the original series. Not to mention, it served as a good build up to the eventual film.

Sure enough, here comes the trailer for the upcoming movie we were promised. If you want to know what the plot is; well, good luck. Anyone familiar with the series knows that plot has always been secondary to non-existent. “ATF: Plantasm” however does seem to have a central villain of sorts in the form of a company called Amazin’. There also appears to be a bunch of plant like creatures that are overrunning the Earth. Apparently it will be up to the ATHF and their neighbor Carl to save the world, or something. Maybe. This show trolls the hell out of people, so who knows what direction this will actually take?

The trailer presents itself as a kind of parody of superhero films in general, playing on the idea that teams break up and get back together when confronted with a crisis. From there, typical shenanigans ensue, with Master Shake trying to get Meatwad to say he has “foot cancer” to Frylock potentially being some kind of Wall Street investor or a cryptobro or something. Ultimately they end up killing some plant creatures and being irreverent. In short, it’s more ATHF and that’s not a bad thing at all.

The ultimate hope here is not just that the movie will be enjoyable for fans, but prove the viability of projects like this. The aforementioned “Venture Bros.” and “Metalocalypse” didn’t get to finish their stories before they were unceremoniously cancelled. These films, that could hopefully bring closure to the series, or continue them onward, were announced before the merger of Warner Bros. and Discovery. Given what we know of Warner Bros. Discovery being heavy handed with axing programs, we have to hope that “ATF: Plantasm” performs strongly enough to justify these films continuing. Here’s hoping! “Aqua Teen Forever: Plantasm” will be available digitally, 4K and Blu-ray starting on November 8th.