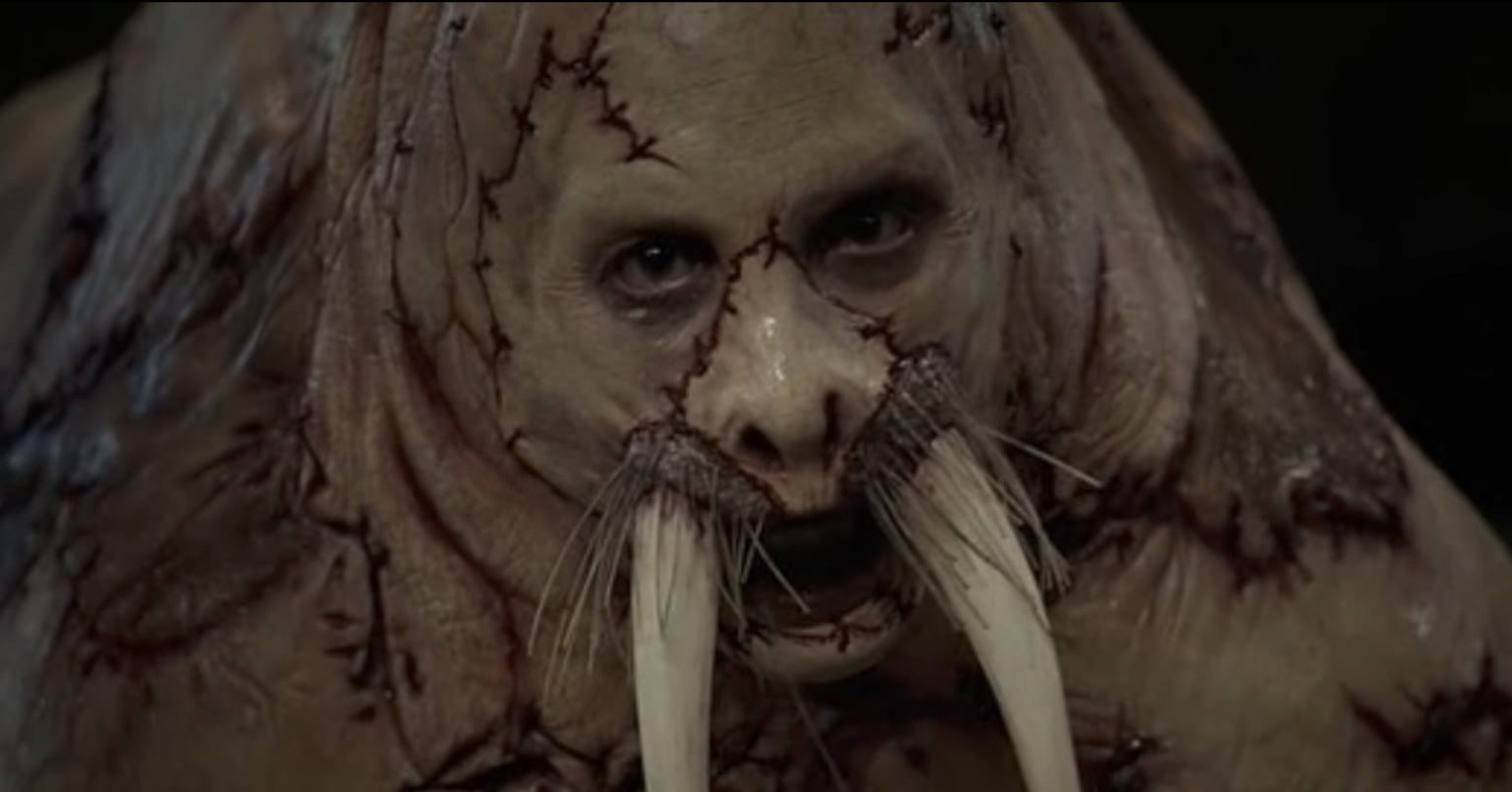 Kevin Smith’s 2014 film “Tusk” is undoubtedly one of the most polarizing of the filmmaker’s career. So much so that he has often joked- we assumed it was jokes- about doing a sequel. It turns out, he may actually have a plan to seriously pursue it.

“He texted us all the other day, Haley [Joel Osment] and Genesis [Rodriguez], and he told us that he wanted to do it, and I thought it was a joke,” “Tusk” star Justin Long recently said. “And then I realized he was being serious. And then one of the [other] interviewers said, ‘Yeah, he said the same to me.'”

Smith marveled that the first film even existed, while laying out how he could have continued it in a sequel. “I’m shocked we got away with Tusk one but I’ll be honest with you, I do have a story for Tusk 2,” he said on a Twitch stream in 2020. “The great Michael Parks, who played Howard Howe, the guy who turns Wallace into a Walrus, sadly passed away a couple of years ago. Amazing actor that I got to work with twice. But, in the ending of Tusk, if I wanted to be a commercial filmmaker which apparently I’ve never wanted to be, I would have ended the film when Guy La Pointe comes in and raises his shotgun and you’d just hear the walrus [scream] and we cut to black.”

Now you may be wondering “how on earth do you continue the story of Justin Long being surgically transformed into a walrus?” Well, Kevin Smith has an idea.

“There’s a version of Tusk 2 that you do where… you cut to the present, and somebody else gets sucked into the spider’s web. The house, you hear stories, and when you get to the house, the new Howard Howe is Wallace, who has gotten out of the walrus trappings and stuff and is obviously disturbed by his entire ordeal and is now doing it to others. So there’s a way to do Tusk 2 where Justin becomes Michael Parks’s character. Wallace becomes, sort of, the new Howard Howe. So yea, that’s possible. Tusk 2 is possible. Obviously I’ve thought about it.”

We’ll keep you posted on any “Tusk 2” developments as they become available. Smith’s next film, “Clerks III,” is kicking off a tour before it’s September 13th theatrical opening.