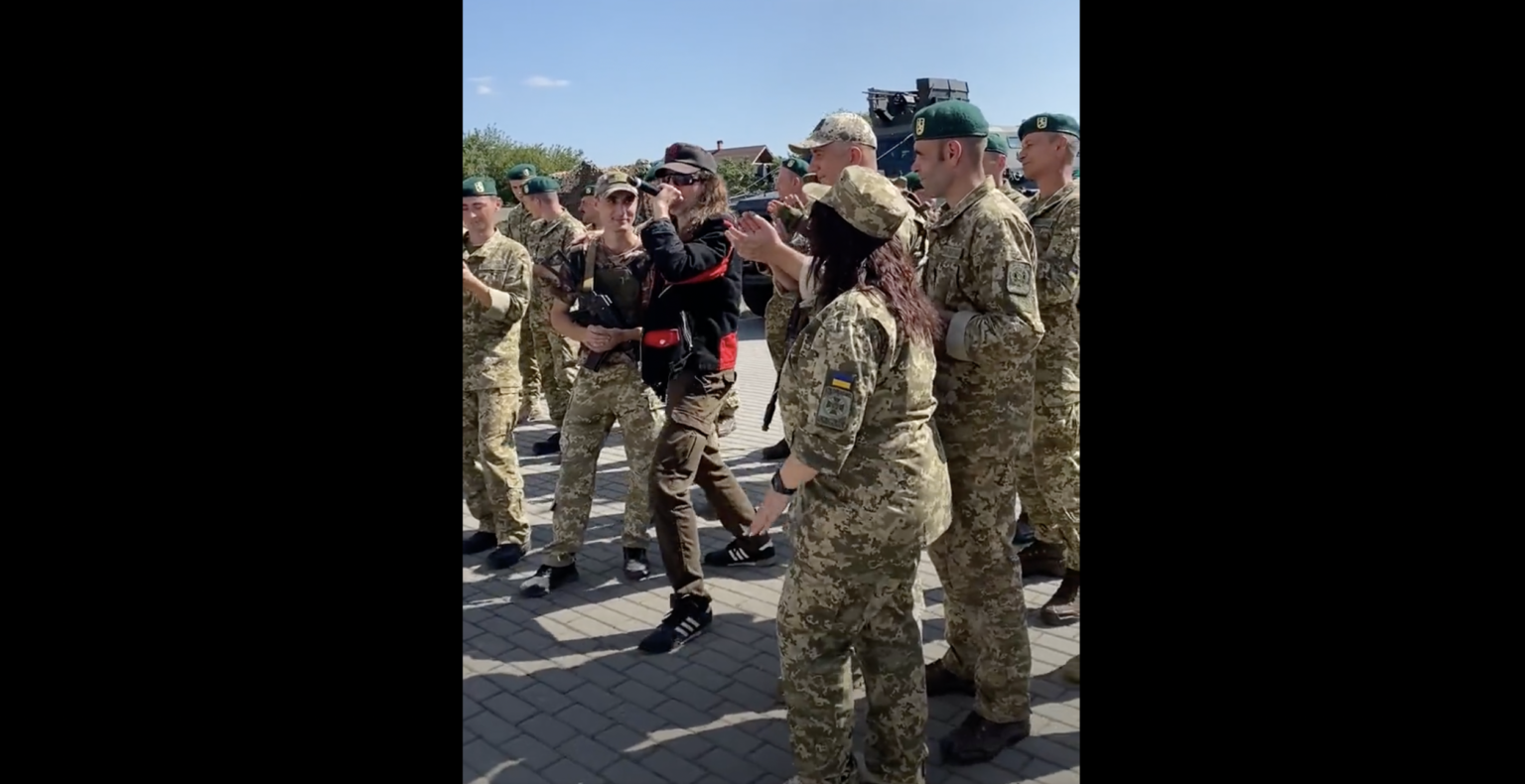 The punk band Gogol Bordello have always been fiercely outspoken against the ravages of global imperialism and aggressive militarism. Ukrainian-born frontman Eugune Hütz explicitly wrote their 2013 album “Pura Vida Conspiracy” around the phrase “borders are scars on the face of the planet,” infusing Eastern European rock with Latin American, African, and Arabic hip hop rhythms. After Russia’s unlawful and unprovoked invasion of Ukraine, Gogol Bordello, known for their explosive multicultural live shows, organized a series of benefit concerts for victims of the war, and pledged to donate a percentage of their touring profits too.

So when they were invited to play for Ukrainian soldiers overseas, the decision to go was a no-brainer. “I really wanted to do this because it’s incredibly uplifting for fighters to see that Ukrainians around the world are one,” Hütz told VICE. “People in Ukraine hear a lot about world’s solidarity, but to see someone physically coming to them is when they actually believe it. Effort like that changes things tangibly.”

In an “undisclosed location,” the band performed before a crowd of 50 soldiers, led by the wildly energetic Hütz. With a cry of “Slava Ukraini,” Hütz ripped into a set dripping with Ukrainian pride. “Teroborona” (Civil Defence), a song dedicated to the volunteer defenders of Ukraine, everyone from grandmothers to children, was followed by a reworked “Forces of Victory” that incorporated the words of Ukrainian poet Serhiy Zhadan, while the party anthem “Start Wearing Purple” benefited from the accompanying rhythm section of stomping boots. During “Pala Tute,” an update of a centuries-old traveler melody that a few soldiers seemed to immediately recognize, a special forces soldier broke out into a full Romany tap dance; gyrating his hips, slapping his knees, clapping his hands, machine gun strapped to his chest.

“To see our songs being played so fiercely by soldiers and for soldiers was the greatest test of their worth,” said Hütz. “If you feel you want to participate in saving lives of Ukrainian people who are defending their peace and their motherland please donate to Razom For Ukraine,” a US-based non-profit organized by Ukrainians and Ukrainian-Americans.

If you want to check out more of Gogol Bordello’s work, they have recently announced their new album, SOLIDARITINE, out September 16th, and the band will be touring North America later this fall.