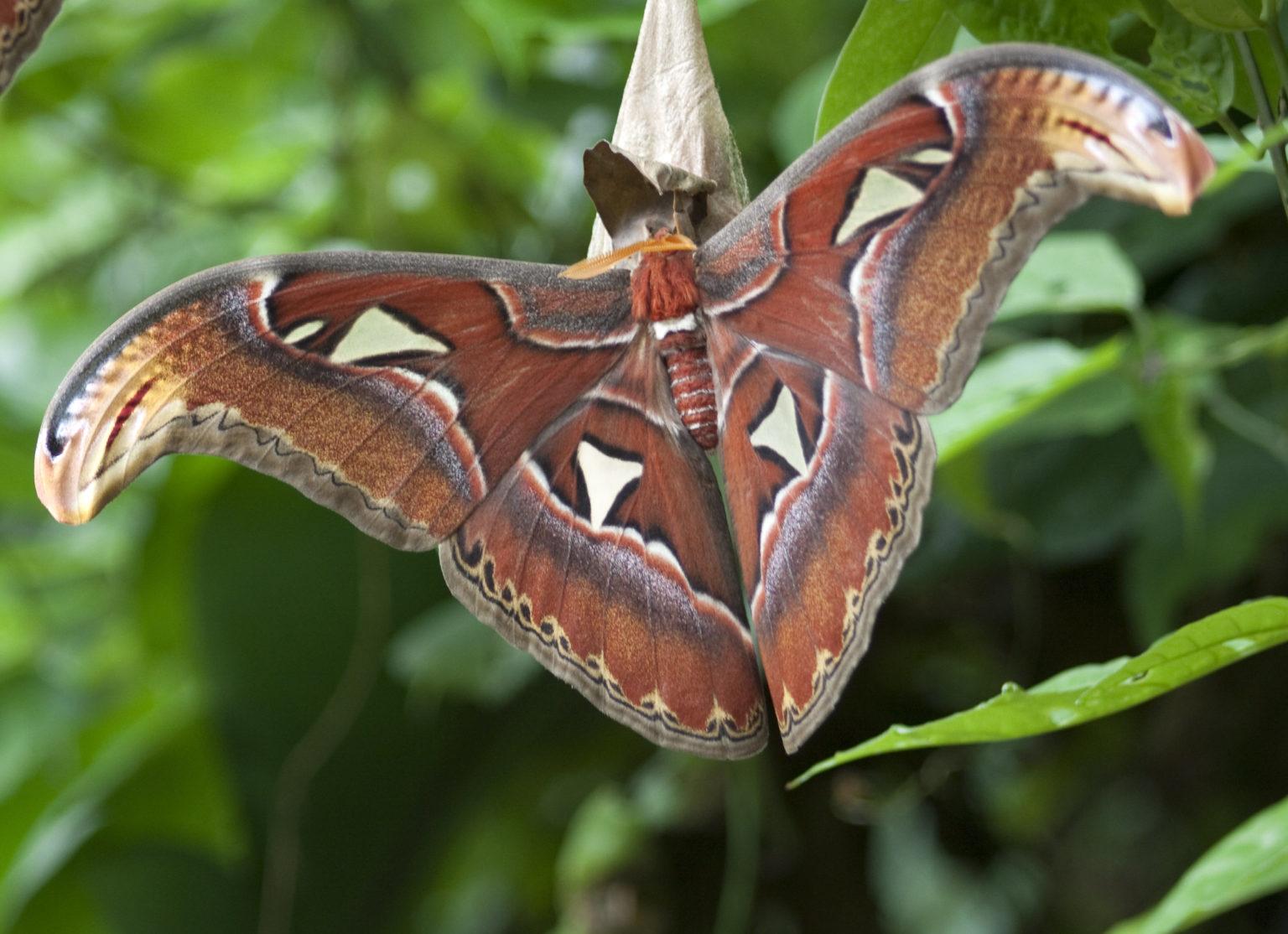 Entomologists in Washington state confirmed an atlas moth was spotted in Bellevue last month. A resident saw it on the side of their garage, and took a picture before it was reported to The Washington State Department of Agriculture by a University of Washington professor.

They are asking residents to report any other sightings of the insect. Spotting one should be easy considering they are one of the world’s largest moths, boasting an impressive 10-inch wing span. It is second in size only to the white witch moth, which has a 14-inch span. The atlas moth’s wing size and pattern are a defense mechanism against predators, since they can look like two cobra heads.

Experts at the U.S. Department of Agriculture confirmed it was in fact an atlas moth, and believe this is its first sighting in the United States. This moth is a native of Asia- primarily India, the Philippines, and Indonesia. Entomologists aren’t 100% sure if this is a one-off occurrence.

“The USDA is gathering available scientific and technical information about this moth and will provide response recommendations, but in the meantime, we hope residents will help us learn if this was a one-off escapee or whether there might indeed be a population in the area,” Sven Spichiger, managing entomologist for the state’s Department of Agriculture, said in a statement.

According to Washington State officials, the atlas moth is a federally quarantined pest in the United States. It is illegal to have or sell them without a permit from the USDA. Despite this classification, the atlas moth is not to be confused with another invasive species, the spotted lanternfly. Which should be easy because the lanternfly is only 1 inch, and sports bright red wings. The USDA is also asking spotted lanternflies to be reported but also asks citizens to destroy egg masses if found. Since they wreak havoc on several species of tree.