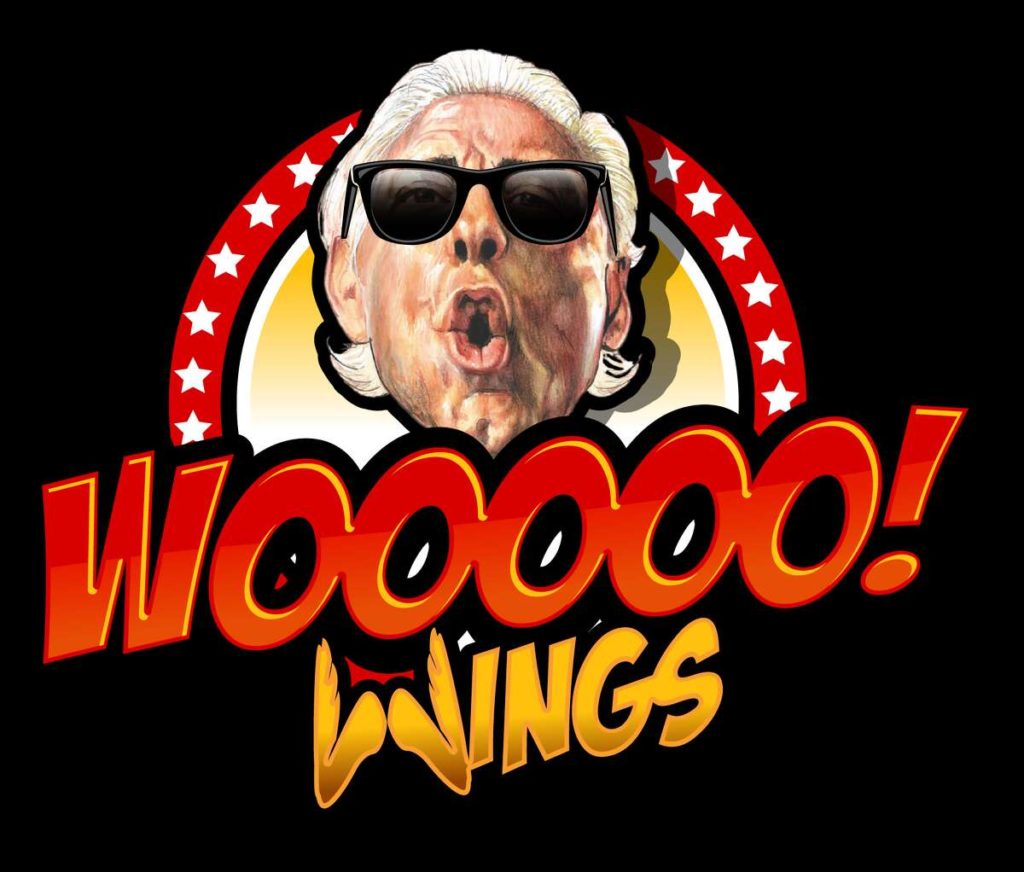 Celebrities and restaurants have a long and storied history. Remember Planet Hollywood? Well some of us do at least. Or remember Kenny Rogers Roasters? It was a restaurant chain founded by the late great Kenny Rogers, and still exists in Malaysia, Dubai, Thailand and a few other places. Anyway, we could go on listing a bunch of other places that celebrities have restaurants, (Eminem’s Mom’s Spaghetti, anyone?) but instead we’re going to focus on a new one by The Nature Boy himself, Ric Flair.

What does Ric Flair have to do with chicken wings? Well, it’s a good question and one that can be answered in one word: “Wooooo!” Yes, that seems to be the whole gimmick, wings that are so good they’ll make you go, “Wooooo!” Or as Flair himself says, “I love chicken wings and I really love flavors that hit you like a chop to the chest,” We at Nerdbot can’t really vouch for getting chopped in the chest, but we can vouch for enjoying powerful flavors.

Flair’s restaurants are not full service, and are accessible through deliveries by Uber Eats. As of now they’ll only be available in six cities; Los Angeles, Nashville, San Antonio, Huntsville, Jacksonville, and Tuscaloosa. It may not be the widest selection, but the concentration of cities in the southern US does play to the strength of wrestling’s fanbase and perhaps Flair’s own. The Nature Boy is a wrestling icon and has maintained a fairly high profile even with him currently being 73 years old.

The big question is, how did they determine the number of “o’s” to put in “Wooooo!” Clearly you can’t have one, otherwise it’s just, “wo” and that doesn’t make any sense. Putting two in there is getting closer with “Woo!” That doesn’t sound drawn out enough though, and somehow we wound up with five. Checking the menu out through Uber Eats shows different flavors including Buffalo, Tangerine Habanero, Garlic Parmesan, and Lemon Pepper. You can also get some fries or veggie sticks.

So will these wings live up to the grand reputation of Ric Flair himself? Well, we can only hope. Too many celebrity backed restaurants have fallen off over the years but Flair never gives up, and perhaps his wings won’t either. Check the wings out if you’re in any of the participating cities, and if you go “Wooooo!” Just make sure it’s with five o’s in it. And if you feel like you’ve been chopped in the chest, maybe see a cardiologist before just chalking it up to the wings.