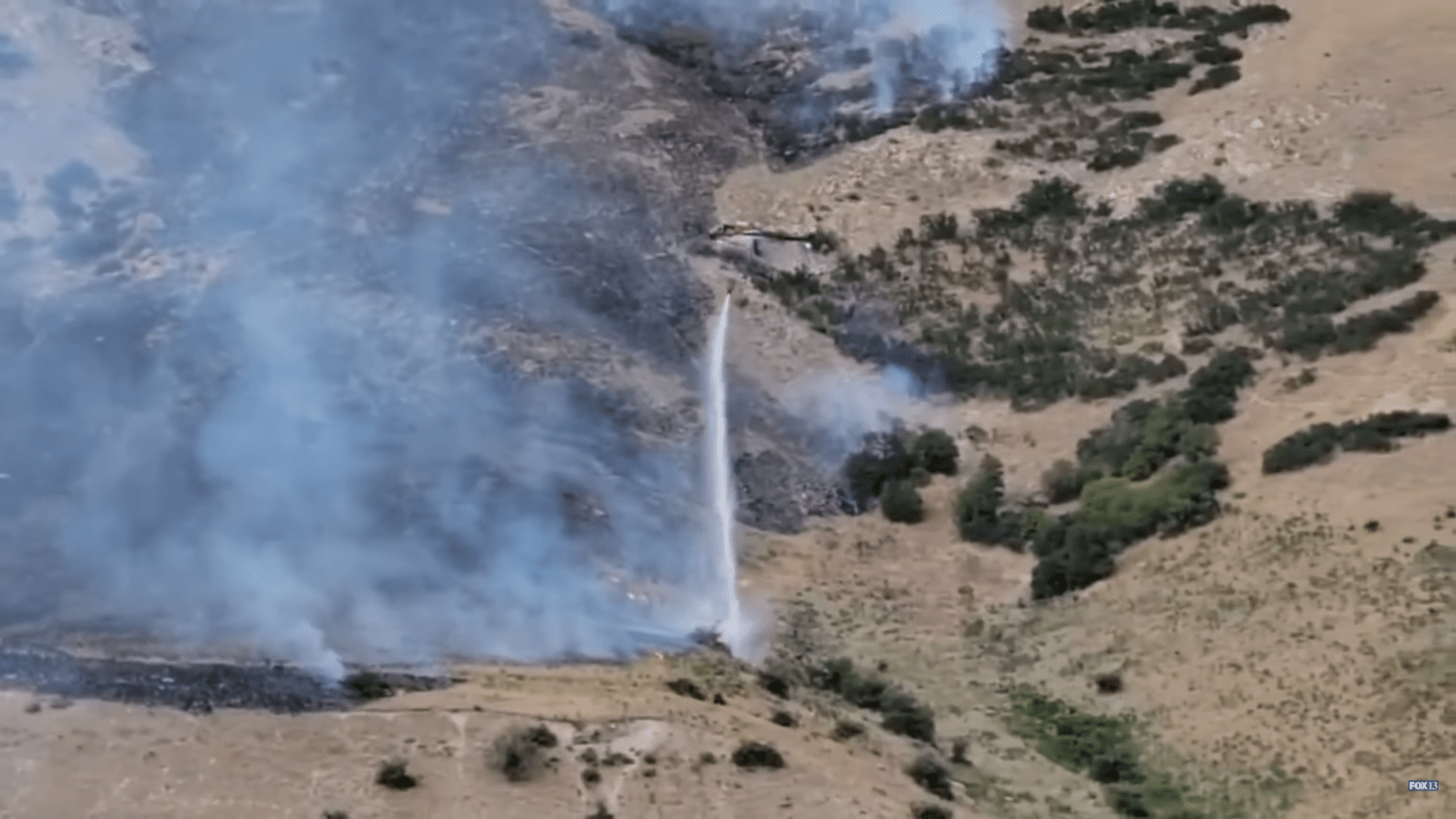 A man hiking in Utah was arrested for starting a wildfire by accident. He says he was trying to set a spider on fire. He was traveling with marijuana and some paraphernalia but authorities said that he did not appear to be under the influence at the time. The man was identified as Cory Allan Martin of Draper, a city that’s located not far from where the fire was started.

The Springville Fire luckily had been 90% contained by August 2nd. The fire was started about 5pm August 1st, and quickly consumed 60 acres of federal land east of Springville by the end of it. Martin, 26, admitted to starting the fire when he was found on a mountain slope by authorities.

“Cory stated he found a spider on the mountain and was attempting to burn the spider with a lighter,” a Sheriff’s affidavit filed to support the arrest alleged. “When he attempted to burn the spider, the surrounding brush ignited and the fire began spreading very rapidly.”

The best way to deal with a spider, leave it alone. You can watch a video of drone coverage from them putting out the fire here.