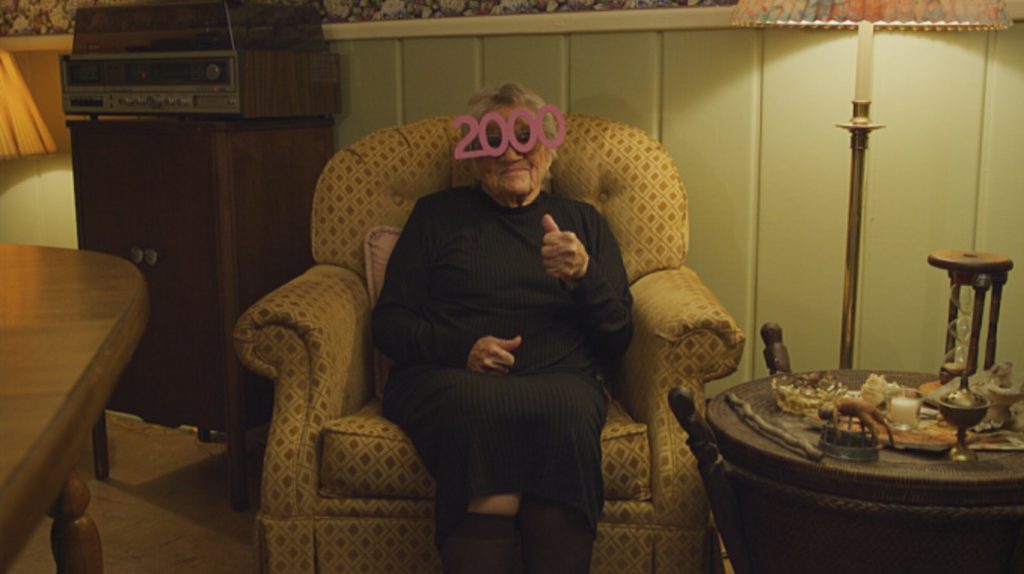 Get ready to party like it’s 1999- Shudder is going to be releasing a new “V/H/S” franchise film. “V/H/S/99” will feature some famous horror genre filmmakers such as Maggie Levin (“Into The Dark: My Valentine“), Johannes Roberts (“Resident Evil: Welcome To Raccoon City“), Flying Lotus (“Kuso“), Tyler MacIntyre (“Tragedy Girls“) along with Joseph and Vanessa Winter (“Deadstream“). Shudder will be hosting the film exclusively on its platform.

The film takes us back to 1999 when the world was on the edge of their seat. Waiting to see if the year 2000 would really mess up all our technology. There were multiple dystopian documentaries playing on the tv. The news was telling us to get our emergency supplies prepared. If we’re talking about reliving some scary times, “V/H/S/99” has the potential to make us cower in fear.

“The last year of the 90’s was a perfect playground for us” producer Josh Goldbloom said. “DVDs surpassed VHS, ‘Blair Witch‘ took the world by storm, and Y2K fears created a sense of apocalyptic dread. Add to that 6 of the most creative genre filmmakers in the world. And, we’re confident this is the biggest, baddest, and most wildly savage V/H/S yet!”

The Shudder original film releases in North America, the United Kingdom, Ireland, Australia and New Zealand on October 20th. Below is a trailer for “V/H/S/94” so you can get an idea of how awesome this new film will potentially be.