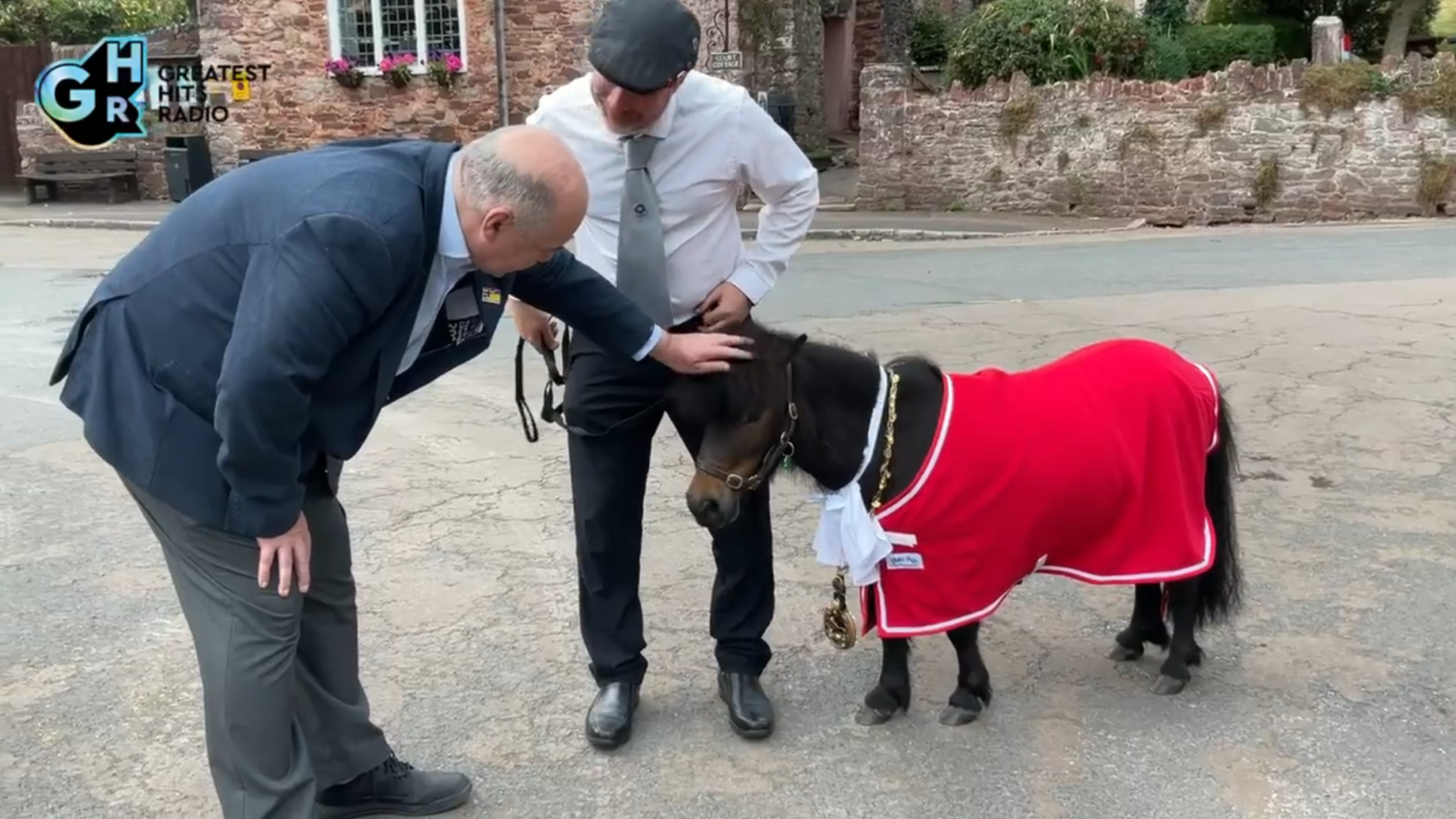 It’s often said in politics that people are most likely to vote for somebody they can sit down and have a beer with. Well, what if that somebody was a miniature pony; would the situation change? What if the pony also drank beer? Those are two very important questions that have seemingly been answered by the people of a small English village called Cockington. A village where Patrick the miniature Shetland Pony is now the unofficial mayor.

So while this all sounds absurd, it’s actually really kind of sweet when you know more about it. Seriously, stick with us on this one. So Patrick is a pretty special pony. His owners, Kirk and Hannah Petrakis, have taken Patrick to hospital groups, schools, and mental health clinics as a support animal. These visits have not gone unnoticed or unappreciated as the town has taken a liking to the pony.

How can you tell when you take a liking to someone? Well, when you give them their own spot in the local pub to drink Guinness, obviously. In this case, The Drum Inn has a particular place for Patrick the Pony!

Now would probably be a good time to note that they did not actually vote for, or elect- or even allow onto the ballot- a Guinness-drinking pony. According to an interview ITV did with Kirk, it all started as a kind of sincere yet joking appreciation for Patrick. That is to say, they sincerely appreciated all that the pony has done and thought he would jokingly make a good mayor. Well, one online petition later and Patrick became the unofficial mayor of Cockington.

It would appear that Patrick the Pony is the first ever pony mayor of the UK according to his owners. Though that does leave open the possibility that there have been other non-human mayors; in the literal sense as opposed to the figurative one. We look forward to hearing Patrick’s stance on zoning regulations and infrastructure at the next town hall meeting. But even if you can’t be around and about Patrick’s little village, you can still check out his Twitter account which could definitely use some more followers.