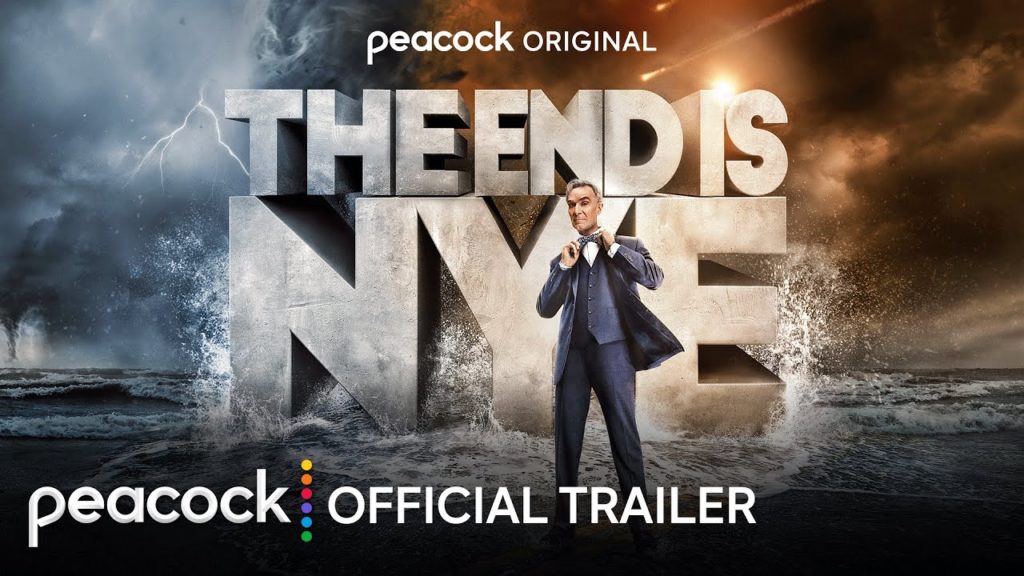 “Why does every disaster movie start with someone in power ignoring a scientist? Because it happens more than you might think. But it doesn’t have to go down that way.”

That’s the introduction Bill Nye offers in the first trailer for the six part docu-series that Seth MacFarlane announced last month. The series hails the minds of Nye, MacFarlane, and writer/director Brannon Braga. Streaming on Peacock, “The End is Nye” will investigate six different world-ending disasters- both natural and unnatural – that could potentially happen and propose scientific solutions that could help us prevent them. In the trailer, we can see that the show will also take an international view, promising disasters in Los Angeles, Tokyo, Rio de Janeiro, New York City, London, and Mexico City.

Nye’s dedication to science education is already legendary and he carries all the charisma of his Science Guy persona. MacFarlane also makes a brief appearance as a loud mouth in a suit, bemoaning the “doom and gloom” that usually goes along with the calls to action in these kinds of programs. However, it’s clear that this will not be a nihilistic look into the yawning void. Beyond Nye’s message of hope, the trailer promises engaging visuals, spectacular special effects, and more than a touch of humor. It looks entertaining, educational, and downright enjoyable.

All six episodes of the unscripted series will release on Peacock August 25th, 2022.