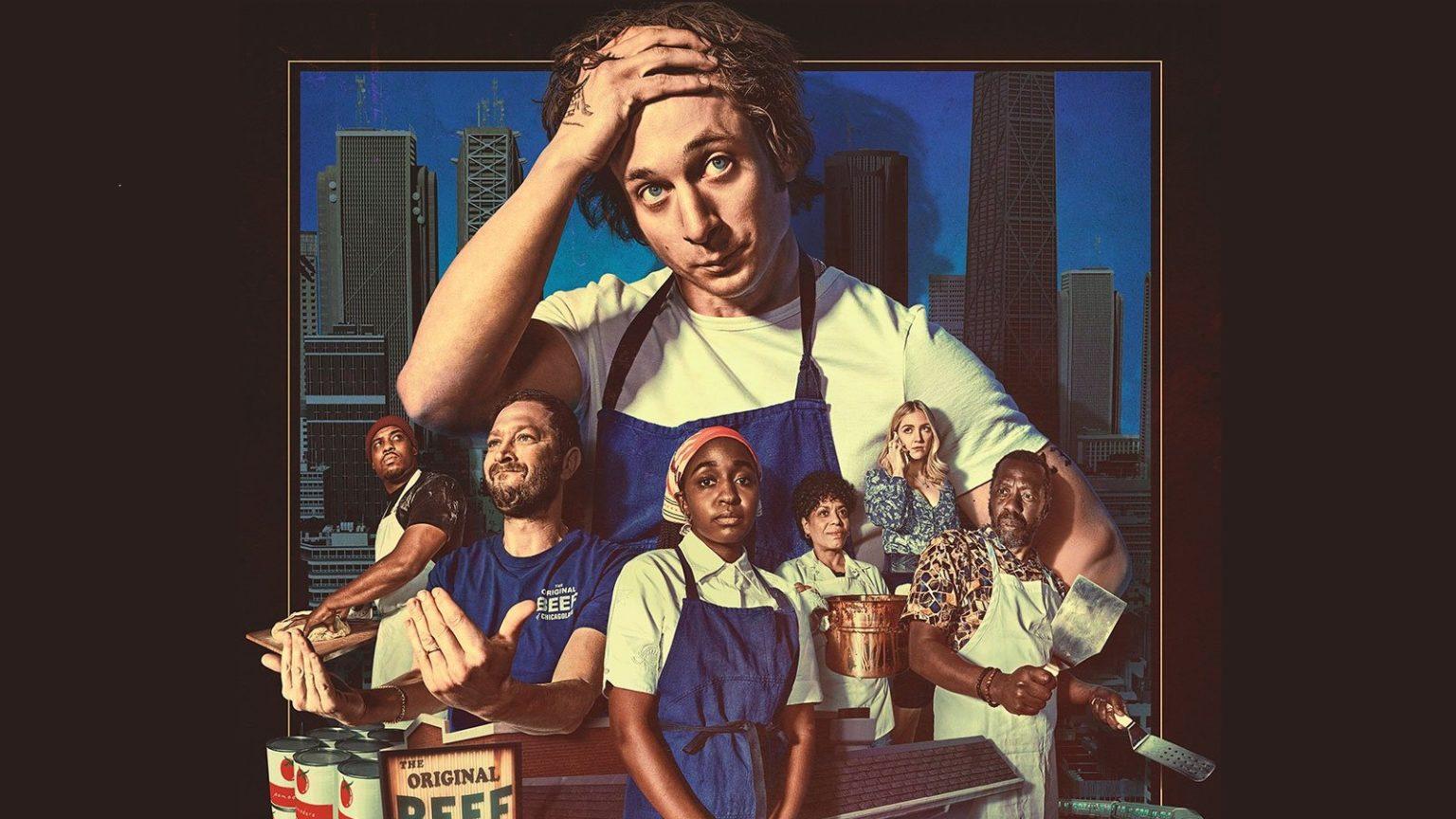 One of the biggest challenges these days when it comes to finding quality series or movies is the sheer volume of content. A myriad of streamers (not to mention hundreds of channels languishing on cable), wading through haystacks to find that needle is a challenge. On a recommendation from Nerdbot’s Editor-in-Chief, Mary Anne Butler, I went to check out one of FX‘s latest series, “The Bear.” Cutting right to the chase, “Bear” is the singularly best new series to come out in the last several years.

Comprised of eight roughly half-hour episodes, the series follows Carmen ‘Carmy’ Berzatto (Jeremy Allen White) as a high-end chef who has returned to Chicago after the death of his brother. His brother left Carmy the family successful if run-down and mismanaged local sandwich shop.

Showrunner and series creator Christopher Storer has developed a show the late Anthony Bourdain would have raved about. Maybe also been furious about. Storer and his writers’ room have captured characters and the flow of a kitchen that’s messily accurate, at times frighteningly so.

FX has done the series no favor by flagging it a comedy, which is on par with the time that the Golden Globes allowed “Get Out” to be nominated in the comedy category. While “The Bear” is by no means a horror, the level of tension and pressure that frames the series is anything but comedic. The pacing is tight, and the characters are all developed far more than one will typically get in a sub-hour limited run series. There’s minimal monologuing by characters pandering to the audience. You pick up elements that are relevant to the story as it goes along, and the backgrounds and wider lives of the characters come into focus.

The emotional punches are strong. Character’s internal struggles are balanced with moments of being asses with depth that’s rather rare to find on Hulu, let alone FX (for which the series was originally developed). The casting is brilliant, with nearly all roles equally balanced. There’s no singular stand-out when everyone is bringing their A-games.

Ayo Edebiri, who plays Sydney Adamu, is an interesting and compelling choice. Sydney is a young but gifted chef who has come to the restaurant to learn from Carmy. Her youthful appearance (while the actress is actually 26, she looks like someone who could easily play a character in any high school series) helps the audience understand the older and longer-tenured staff’s resentment and annoyance with this newcomer who becomes sous chef.

If you are looking for a series that can be binged in a single evening, have an interest in the inner drama around restaurants, family drama, this is it. It cannot be understated how amazing “The Bear” works as an alternate ‘what if’ Lip Gallagher from SHOWTIME’s “Shameless” never dropped out of school, but instead went to CIA (the Culinary Institute of America, not the spy guys).

All 8 episodes of “The Bear” are streaming exclusively on Hulu.