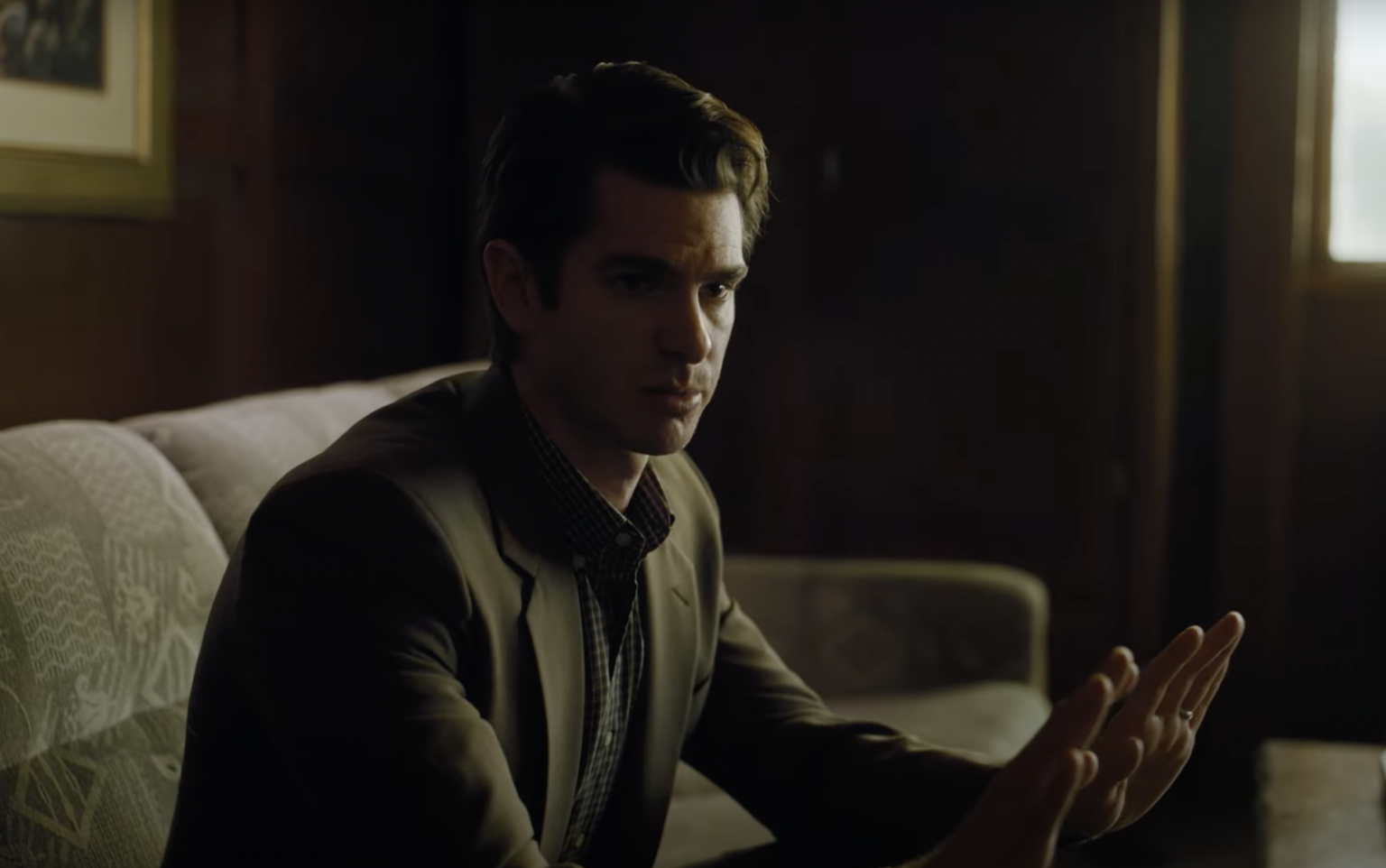 Andrew Garfield, "Under the Banner of Heaven" FX, Hulu
Opinion

If you’re like me, the “Stranger Things” craze has become a little overwhelming, especially when you consider the fact that I never got around to watching season 3. I’ll get to it, but the investment of fortitude and consumption vs the amount of mental capacity and time I actually have has put the potential binge on the back burner.

The reality is, there is just too much all the time it can become overwhelming, so you rewatch “Schitt’s Creek” for the 1000th time. Some of us would rather binge things that AREN’T the talk of the town. Not to be contrarian, but rather to try to tackle as many series as possible without really needing to participate in the constant discourse about one, singular show. There’s nothing inherently wrong with either choice, either. I just want to be able to offer up some easier, lesser know and often times more consumable offerings.

So here are some recommendations for some series that are available on a number of platforms. Of course, these are only ones that I have watched, and I can say with absolute certainty that my sample size of binged series is rather limited compared to the rest of many. But here is what I HAVE watched and highly recommend. And keep in mind, these are television series that are ONLY available on streaming. No films will be included on the list.

Starting right out of the gate with a lesser known recommendation, “Players” is a solid, indie mockumentary series I caught late one night and couldn’t turn off. The series layers sports documentary cliche onto the world of competitive gaming, mainly “League of Legends.” What really makes “Players” work is how well balanced it is between over the top parody and straight forward production. It leans into the sports documentary/reality series tropes with an earnestness that actually sells the concept more than one might think, and works best when it plays it straight. The actors all seem to understand the assignment, and teeter the fine line between grounded reality and over the top mockery. And at its core, you can feel that the creators truly love gaming and sports, and their poking fun at everything that comes with that feels more like an homage than malice. Currently there are only 6 episodes, and the show whisks by rather quickly and doesn’t require a whole lot of investment. It’s the perfect show to watch while you’re folding laundry, doing dishes, building reports, or doomscrolling on your phone with “Players” streams in the background.

While Netflix may be experiencing some major backlash and unfavorable changes, one thing it continues to do well is true crime. The streaming juggernaut has carved out a nice little niche market for these kinds of documentaries, and while sure you can argue that the craze is starting to reach the rise before the fall, “Web of Make Believe” is another solid outing in this category. The true crime anthology series explores the multitude of ways in which the internet can be used for evil and the consequences those uses have on everyone as users. It’s not a novel concept; we all know the internet is dark and full of terrors. But it doesn’t make it any less intriguing when we are given glimpses of those dangers contextualized in real life stories and cases. Everything from Doxing to tax fraud to right wing, white supremacist indoctrination is covered here in the series, and “Web of Make Believe” takes its viewers on some truly chilling journeys that make you question your own relationship with the digital age.

I was lucky enough to check out the first few episodes of “Shining Girls” at SXSW this year, and it made the list of my favorite new series to come to streaming this year. This series kind of goes against my previous statement of recommending things that don’t require mental investment, because boy oh boy does “Shining Girls” require your undivided attention. It is rather unsettling and confusing, whisking us through reality vs imagination and what happens when those two things converged in hopes to catch a killer. It’s a simple but relevant story packed with high concept sci-fi elements juxtaposed against a gritty, “Se7en” style city setting. Elizabeth Moss is mesmerizing here, once again proving why she is one of the most captivating actors working today, scientology ties aside. There’s not denying that Moss is an expert at her craft, and she shines (pun intended) in “Shining Girls.” The show does deal with a lot of heavy issues like rape, victim blaming, trauma, and murder, so I’d recommend going it prepared to reckon with a lot of these things. If you can handle it all, you will be rewarded with an incredibly intense, intriguing show you will binge from beginning to end.

4 “Under The Banner of Heaven” – Hulu

Ok, I lied. I am going to recommend things that require investment on your part, both time wise and mentally. “Under the Banner of Heaven” is another true crime adaption, with the series examining a real life crime and based on the book of the same name by Jon Krakauer. It is an incredible exploration of religious fanaticism and the dangers of generational indoctrination, particularly among fundamentalist families and how far individuals will go to preserve the patriarchy and ideology. And if for nothing else, I stan for Andrew Garfield, who can now do no wrong in my eyes and is just nearly perfect here as the mormon detective charged with uncovering a mormon based crime that not only challenges his skills as an officer, but also delves into a crisis of faith for himself and his family. “Under the Banner of Heaven” is a harrowing tale, and real life crime is beyond comprehension with how grotesque and violent it is, but the series is simply wonderful. Brilliantly acted, will paced and intense, it is a true crime miniseries that executes on the highest level and delivers and worthwhile watch.

We’re going old school for this one, but my god is this one of the best series no one talks about. Debuting in 2019, “Hyperdrive” is a street racing/stunt driver competition show in which some of the most insane drivers in the world compete a gigantic obstacle course for bragging rights and money. It may function like a run of the mill reality/competition show, but holy shit does this thing take off like a NOS engine and keeps you hooked. I remember watching the finale in the airport and literally stood up and cheered in the terminal when the winner was crowned. The camera work to capture the dashcams and driver POV is some “Top Gun: Maverick” level filming, and while most of the reality show cliches potentially bog the show down, the actually driving and competition is electric. I can’t believe Netflix hasn’t doubled down on this series and given us a season 2, because it was truthfully one of the best competition series I’ve watched in the last few years. You’ll have to search for “Hyperdrive” as it’s not going to be on any Netflix category list, but I can assure you, you’ll be glad you sought this one out!

I wasn’t entirely sure I would like this show, but “Evil” is pleasantly surprising and self aware. I came to it rather late, starting season 1 roughly 3 episodes into season 3 (the latest season), but I am so glad I gave this show a shot. Think “X-Files” meets “The Exorcist” with a tinge of “Supernatural,” and you’ll get “Evil.” The show follows a ragtag group of assessors hired by the church to examine demonic or supernatural activity. There’s of course the Priest who is the Mulder style believer, there’s the psychiatrist who is the Scully of the group, and Ben, the technician/science skeptic who is typically the one who decidedly debunks most of their cases. and yes, both the believer and the psychiatrist have so much sexual tension you can cut it with a knife in every episode. “Evil” takes these frameworks and owns them, playfully indulging in the world of heaven and hell, demons and angels, religion vs science. What truly makes the show work is that, while goofy and kind of silly at times, it never commits to one believe or the other. Some things are purposefully left unexplainable, while others are debunked entirely, and regardless of the outcome every case is left up to the viewer to decide what they want to believe. Additionally, everyone is having an absolute blast in “Evil,” and every actor understands the assignment and really goes for it every chance they get. The show is a blast, not as scary as you might think but certainly more entertaining than you’d expect. It was also just renewed for a 4th season.