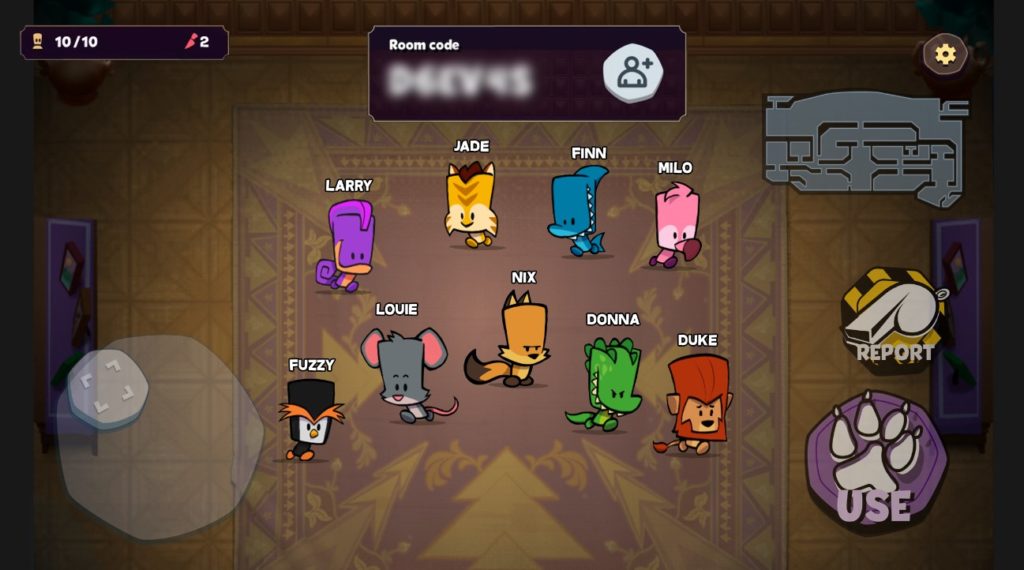 “Among Us” has gained a lot of traction and notoriety the last few years. It started out as a small project and spread like wildfire, winning a Kid’s Choice Award for Best Game. Even though we love that game, there’s no denying many elements could be improved. If you get frustrated you can’t type what you want to say fast enough before the vote, “Suspects” is the right game for you.

A game by Wildlife Studios, “Suspects” has over 10 million downloads. It takes all the elements that make “Among Us” good, and adds in more. The best part is you can use a microphone to talk. It’s a much quicker way to communicate, and something a parent can play with a younger child who maybe doesn’t know how to write out what they want to say yet.

I first learned about this game from popular Twitch affiliate Dreagg, who has a promotion going on right now where they earn points from people downloading and playing it on their phones. I downloaded the game and much to my surprise, I loved it! It’s something that I’m going to be playing a lot with my daughter, who also loved the “Among Us” characters. Bonus for this game is that you get to play little animals and can unlock different ones when you reach different levels.

“Play online with other 9 real players as you try to solve the mysterious murder. Perform investigative tasks to get closer to finding the killers’ identity. But be careful, this will be no easy task: the killers are among the group and will stop at nothing to “kill” the investigation!“

You and nine other players transport to a Murder Mansion. There are three classes, guest, detective and assassin. Guests are tasked with fixing broken things. Detectives are supposed to keep an eye on the guests and assassin and try and figure out whodunnit. And the assassin is pretty self explanatory, you stabby stab and try not to get caught.

After a body is reported or a specific amount of time, the round will come to an end and you will deliberate on who you think did it. Since you can use the microphone it’s easier to talk and let people know that you were doing tasks etc. I was saved from being voted out because I completed all my tasks and was able to back it up.

There are different levels with different themes, the first one you’ll get to play is the mansion. You also get points based on the amount of tasks that you complete and can level up that way.

If you want to check it out just scan the QR code down below, Or you can click the link here if you’re reading this from your mobile device.