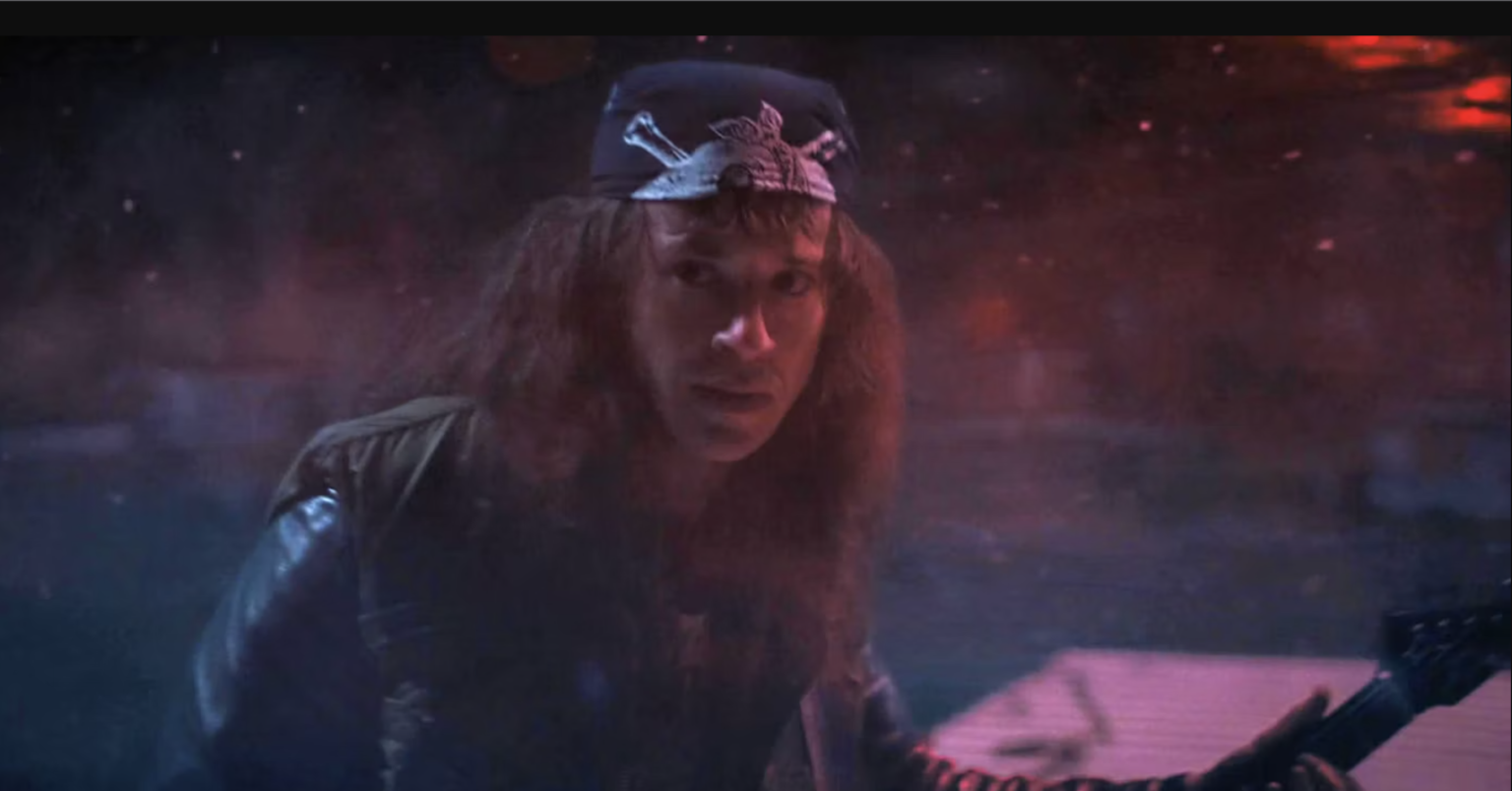 We’re hoping by now you’ve watched the supersized season 4 (volume 2) finale of “Stranger Things.” Because if you haven’t, there are gonna be A LOT of spoilers for you. And also, maybe you won’t really understand what we’re talking about?

So, if you HAVEN’T finished “Stranger Things” season 4 volume 2, you should probably do that before reading further. Unless…you don’t care about spoilers.

In this age of Twitter questions and answers, imagine our delight at learning about some unscripted pivotal moments from the hit Netflix series. The official Stranger Things Writers Twitter account revealed some pretty interested factoids about season 4. We do want to take a minute to say that while yes, learning these big emotionally impactful moments were improvised by the actors in the moment, we MUST acknowledge the power and ability of professional writers. (Also, the directors and various staff on the day-of, because without that environment and existing world, the actors would not have been able to come to these special scenes.)

Okay with that said, here’s the three big moments that weren’t scripted.

As Nancy (Natalia Dyer), Robin (Maya Hawke), Steve (Joe Keery), Dustin (Gaten Matarazzo), and Eddie (Joseph Quinn) are waging their own battles in The Upside Down, Lucas (Caleb McLaughlin) does his best to protect Max as she faces Vecna (Jamie Campbell Bower). Erica (Priah Ferguson), Lucas’s sister, is stationed outside the Creel house. She’s communicating with those in the Upside Down, and using a flashlight to share intel with Lucas. As Max gets fully pulled under by Vecna, Jason (Mason Dye) shows up with a gun. He and Lucas fight, a pretty brutal one at that. It’s touch and go, viewers unsure of who might make it out of this scene alive. Erica has her own problems during this, as one of the basketball team tries to hold her down to prevent her helping her brother.

Lucas gets the upper hand, but Jason has destroyed Max’s walkman, and seemingly her only way to come back. Max, even with El’s assistance, gets pulled into Vecna’s vines, and rises into the air in the real world. Her limbs start to break- and we know what comes next with such grotesquely angled appendages. Her eyes bleed, and seemingly right at the end, Vecna starts to dissolve, his powers waning. Max collapses to the ground, and Lucas gathers her up in his arms. He knows it’s dire, and he utters a heartbreaking line. Which, it turns out, was improvised by Caleb.

As Joyce (Winona Rider), Murray (Brett Gelman), Jim Hopper (David Harbour), Dmitri (Tom Wlaschiha), and Yuri (Nikola Đuričko) regroup after their escape from the Russian prison, the moment Stranger Things fans have been waiting for. Joyce and Hopper have been so focused on the task at hand- escaping- they haven’t really had time to talk about…them. Finally having a moment to breathe, they change clothes, and talk about lighter things. Joyce asks Hopper about the long-standing date, set before the finale of season 3.

Jim goes off on a tangent about breadsticks, and while mock outraged, Joyce is amused by his focusing on food rather than their date. He reminds her he’s literally been in a Russian prison for months, so of COURSE he’d be dreaming about food. But then of course, he admits he’s dreamed of her, too. FINALLY, they share a truly rewarding kiss. Which, was apparently added the DAY OF by Rider and Harbour.

Eddie’s “I Love You Man”

This brings us to the true breakout favorite of season 4, Eddie. He’s a metalhead, a fabulous DM, big sweetheart (seriously, go back and watch how supportive he is of Chrissy when she comes to him for help) and slacker with a denim-wrapped heart of gold. We’re not really over the choice to kill him. Eddie and Dustin’s job is to distract the bat horde, drawing them from The Upside Down version of the Creel house while Nancy, Robin, and Steve break in with molotov cocktails and a whole lotta rage. The plan? Eddie’s gonna shred Metallica’s “Master of Puppets” on his bitchin’ B.C. Rich NJ Warlock guitar. [Yes, you can buy it here.]

The plan works, but, that means the belfry of bats are pissed [maybe they’re Megadeath fans, we don’t know], and come for the Hellfire Club members instead. Eddie makes the choice to sacrifice himself so Dustin has time to get back through the gateway to the real world, and makes a brave stand. Armed with his battle vest, a bandana, spear, and garbage can lid, our dear Eddie goes down. Dustin does try to save him, but breaks his ankle in the process, and can’t get to Eddie in time. The result is a pretty wonderful yet heartbreaking scene, where Dustin cradles Eddie’s head in his lap. At the end of a lovely set of dialog, Eddie tells Dustin, “I love you, man,” which was apparently improvised by Quinn.

Knowing these scenes were improvised makes us like the “Stranger Things” season 4 finale even more. Yeah, there were some super-Demigorgon-sized plot holes, but these heartfelt moments helped. We’re definitely in for season 5, whenever it happens.

“Stranger Things” seasons 1-4 are available to stream on Netflix now. We’ll let you know what we hear about news from Hawkins, and other places.