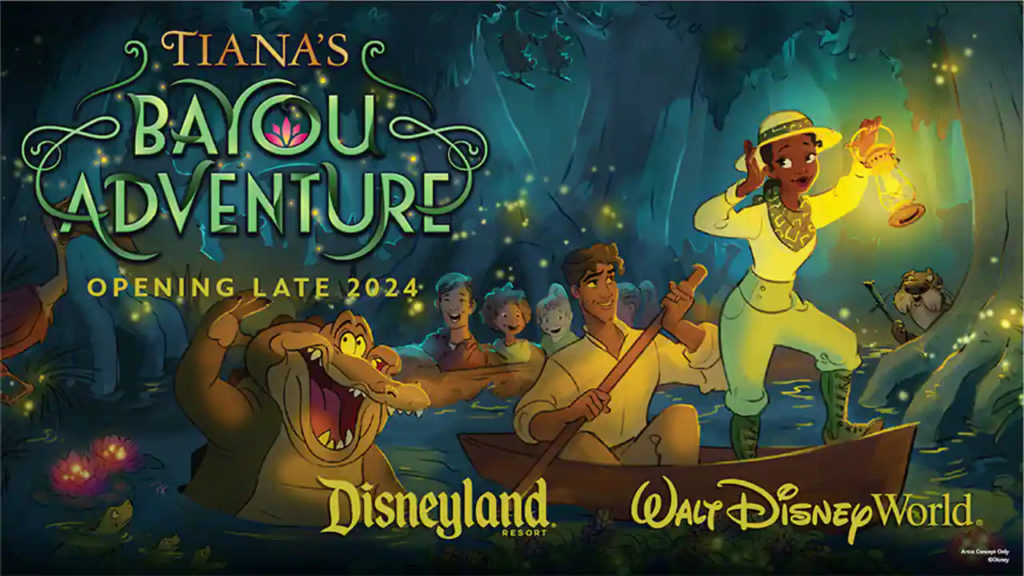 We’ve known for sometime that the iconic Splash Mountain water ride at Disneyland and Walt Disney World were getting a major facelift. It’s a good change, as much of the depicted decor and setting was…outdated and problematic, to say the least. Instead of characters based on the pretty freaking awful and racist “Song of the South,” Splash Mountain will transform to a “The Princess and the Frog” theme instead.

First announced in 2020, the process has been slow going. Pandemic delays didn’t help.

The official Disney Parks blog has revealed the revamp has an opening date! Tiana’s Bayou Adventure is set to open at Disneyland and Walt Disney World in 2024.