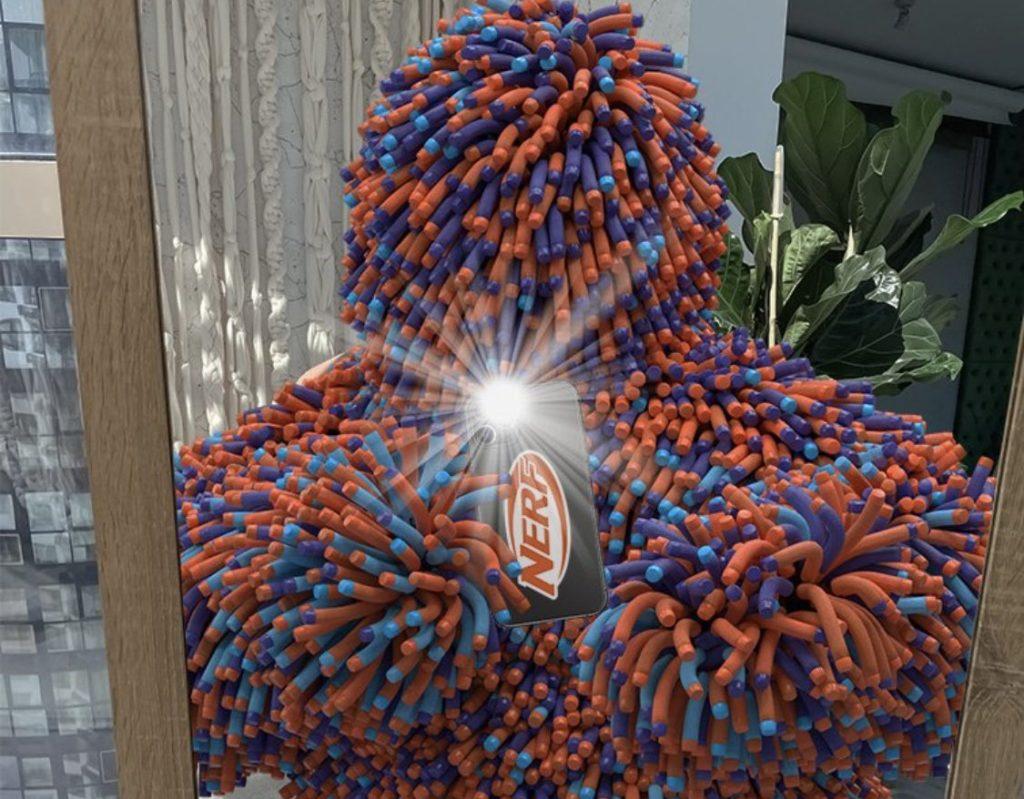 Like one of the seals of the end times, an official Twitter account for Murph has been opened. Last week, we discovered the existence of Nerf‘s newest brand ambassador; Murph, the personification of all things play was announced to be the newest mascot. The response from people ranged between confusion and outright revulsion. As a figure made entirely of Nerf darts, their form probably singlehandedly created new types of phobias in people. While we still only had the early announcement to warn us of their coming, Murph has now been unleashed onto social media.

Their first post has appropriately been that of a Nerf based pun. Staring in a mirror that can barely contain their full form, Murph says they felt “foam-o” over not being on Twitter. In their (Murph uses they/them pronouns) follow up posts, Murph has been responding to memes and reactions to their existence. They likely recognize that it is better to get in front of the reactions instead of pretending people are confused and scared.

Most notably, they send thanks to Twitter user Alex Zalban. Zalban’s post on Murph, and his revulsion over them, was most people’s first exposure to the mascot. Murph takes that in stride and sends appreciation for being a harbinger of what was to come.

As of Thursday, their follower count has already risen to over 11.5 thousand. Murph only follows 5 people at the moment. Along with other Hasbro brands such as Nerf and Monopoly, one particular follow stands out.

Murph is apparently following Gritty, the Philadelphia Flyers mascot. When news of Murph first came out, many people (including us) saw his existence as being inspired by Gritty. They both appear to follow the playbook of being so weird-looking that they cannot be ignored. Nor can they be eliminated using conventional weapons.

Whether Murph’s following of Gritty is a gesture of friendship or an omen of ill portent is unknown. Given the opportunity for brand synergy, it is totally possible that they will face each other soon. It won’t be long until they probably run into each other at a sporting event or some sort of convention. What is disconcerting is that both Murph and Gritty represent brands that encouragement competition.

Will we see a friendly display when these titans meet? Or will their competitive nature get the better of them and we will face the fallout of their epic battle? What will remain of civilization by the end? Will the survivors envy the dead? Are we talking “Highlander” style “there can be only one” battles or possible cross-branding romance? Only time will tell.