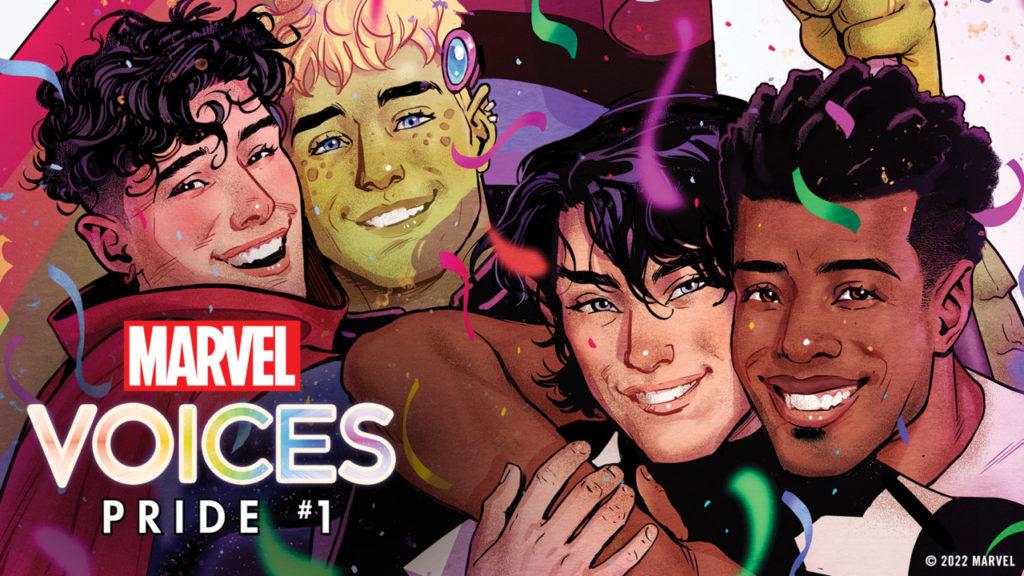 One of Marvel Comics’ newest heroes debuts in this month’s “Marvel Voices: Pride“ issue 1. Created by Charlie Jane Anders, Escapade is a trans woman with the ability to swap places and powers with people around her. Escapade’s secret identity is Shela Sexton, and she also proudly identifies as a mutant in the vein of the X-Men. She will also be debuting with a queer sidekick named Morgan Red. Red uses “he/they” pronouns and functions like the classic James Bond character Q. He provides gadgets and reconnaissance to assist Shela on missions.

Morgan is a study and not so secret criticism of Q in the Daniel Craig Bond films. In “No Time To Die,” there is a scene where Q is preparing for a date that is revealed to be with another man. While making Q a queer character may seem like an evolution for the character, it isn’t without problems. In the scene, we don’t actually see the person Q is dating, and it feels like an empty gesture. Rather than feel substantial, it feels like the film’s producers are checking a box to seem more inclusive.

Shela’s story has the potential to use this idea and have it fully presented through a queer perspective. Having dialogue and situations created by someone who understands what it means to be transgender matters. Authenticity is a tricky thing to pull off for even the most skilled writers.

“I have loved the Marvel Universe for as long as I can remember, and may or may not sing the Spider-Man cartoon theme in the shower on a regular basis. So I was so thrilled to be able to introduce a brand-new hero to stand alongside all of my favorites,” Anders told Marvel. “I hope that Escapade and Morgan Red will inspire trans and non-binary people everywhere to believe that they, too, can fight for justice with the power of creativity and chosen family.”

This is a lesson that Marvel Comics is learning with a current “What-If” storyline where Miles Morales is reimagined as Thor. While the first few issues were written by people like John Ridley, the most recent issue was written by Yehudi Mercado. The result is has been criticized for using racial stereotypes like having Mjolnir covered in graffiti, and rap-lyric dialog. The issue goes to show what happens when creative choices are made from outside perspectives. Marvel Comics may mean well, but the result has not been great.

Hopefully, Anders with artists Ro Stein and Ted Brandt are given the freedom to tell the story their way. The short story is focused on fighting a power hungry tech billionaire which feels plenty relevant these days. Once the issue hits, it also falls to Marvel to give the character the chance to gain fans. Without that care, the work put into “Marvel Voices” will not be as powerful as it could be. Its a tense time in comics, with people angry that these stories are told at all. So, it is up to the publisher to hold the line and prove queer voices shouldn’t just be limited to Pride month.

You can pick up “Marvel Voices #1” as of June 22nd, 2022. Check your local comic shop for this and other titles today.