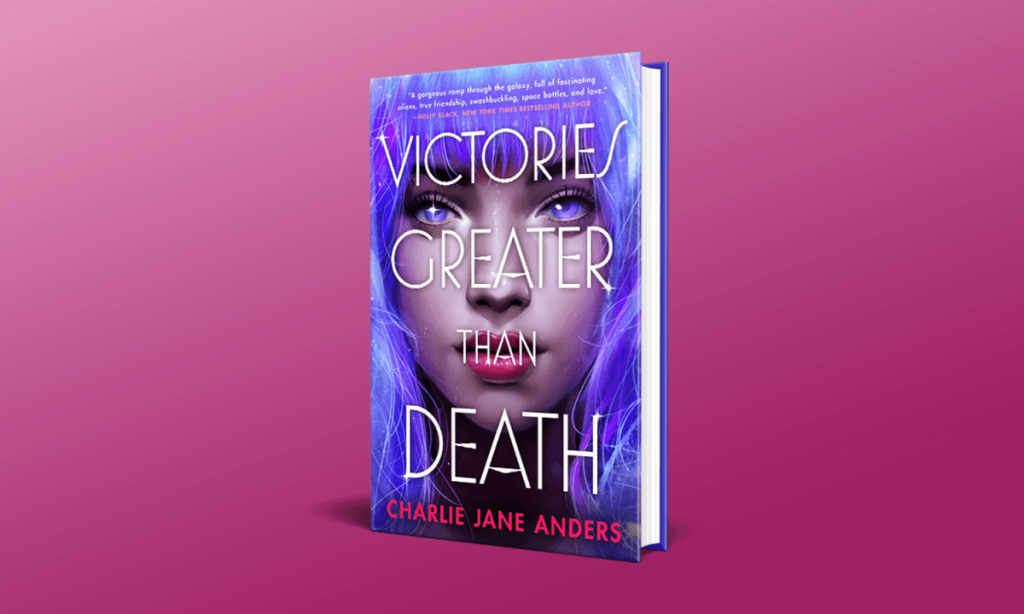 We are so beyond thrilled to share the news that Hugo and Nebula award winner Charlie Jane Anders‘ “Victories Greater Than Death” is getting adapted! Amazon Studios is partnering with Michael B. Jordan‘s Outlier Society to turn the novel into a tv series.

A synopsis for the novel reads:

“High school can be rough. It’s hard to fit in, yet impossible to be invisible, and when everyone is desperately trying to figure out who they are and where they are going in life it doesn’t help Tina that she’s hiding a deep secret. She’s the keeper of an interplanetary beacon that will activate someday soon, calling her home as the clone of an alien charged with saving the galaxy. But, for as much as she feels destined to fulfill her mission, she first has to grapple with the complications with the humans in her life. As Tina prepares to take on her journey with a group of teenage girls, they must grapple with learning to trust themselves and each other in this coming-of-age adventure.”

Also, we highly suggest you read this interview Nerdist did with Charlie Jane Anders back in April, and TOR’s spotlight piece about the novel here.