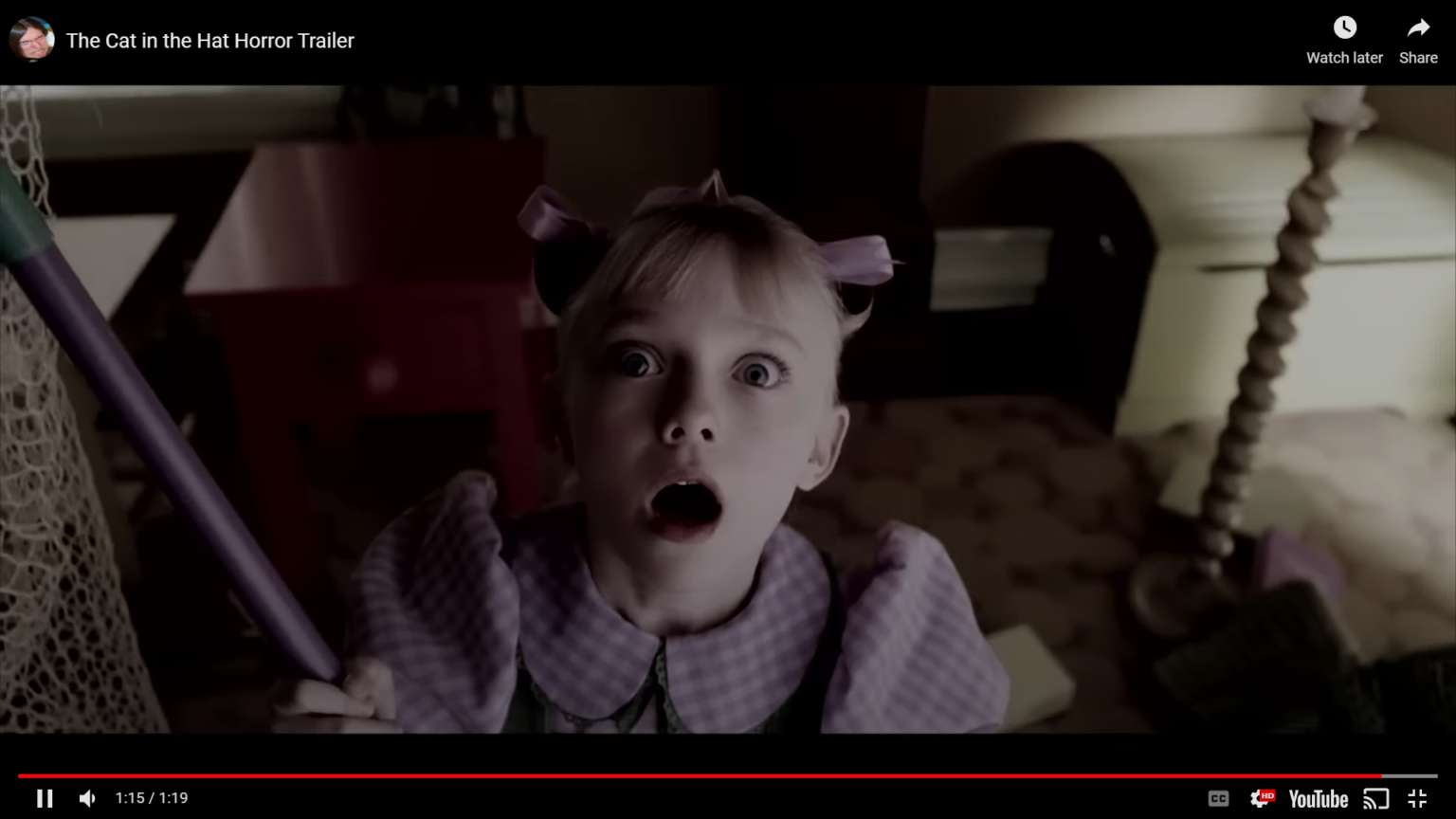 Its “Cat In The Hat” with Mike Myers, But an A24 Horror Film

If you didn’t think that Mike Myers‘ portrayal of the “Cat in the Hat” from 2003 was scary already, you’ll probably change your mind after watching this. A recut horror trailer has audiences enthralled with scary scenes, ominous music, and a sense that nothing is what it seems. This is exactly the type of disturbing film we’d see coming from A24.

The trailer was made by YourMovieSucksDOTorg who has over one-million subscribers. Some of the comments are pretty spot on as well. One person said if this film was made today, it would have a ridiculously simple name. Something like “The Cat” and they’d flash the words “Coming this Halloween.”

The original film itself was the cause of many young children’s nightmares. There is something very off-putting about seeing Myers in a Cat in the Hat costume. The malicious smile he flashes when he’s up to something. I don’t trust that cat. Especially not with those fancy eyelashes.