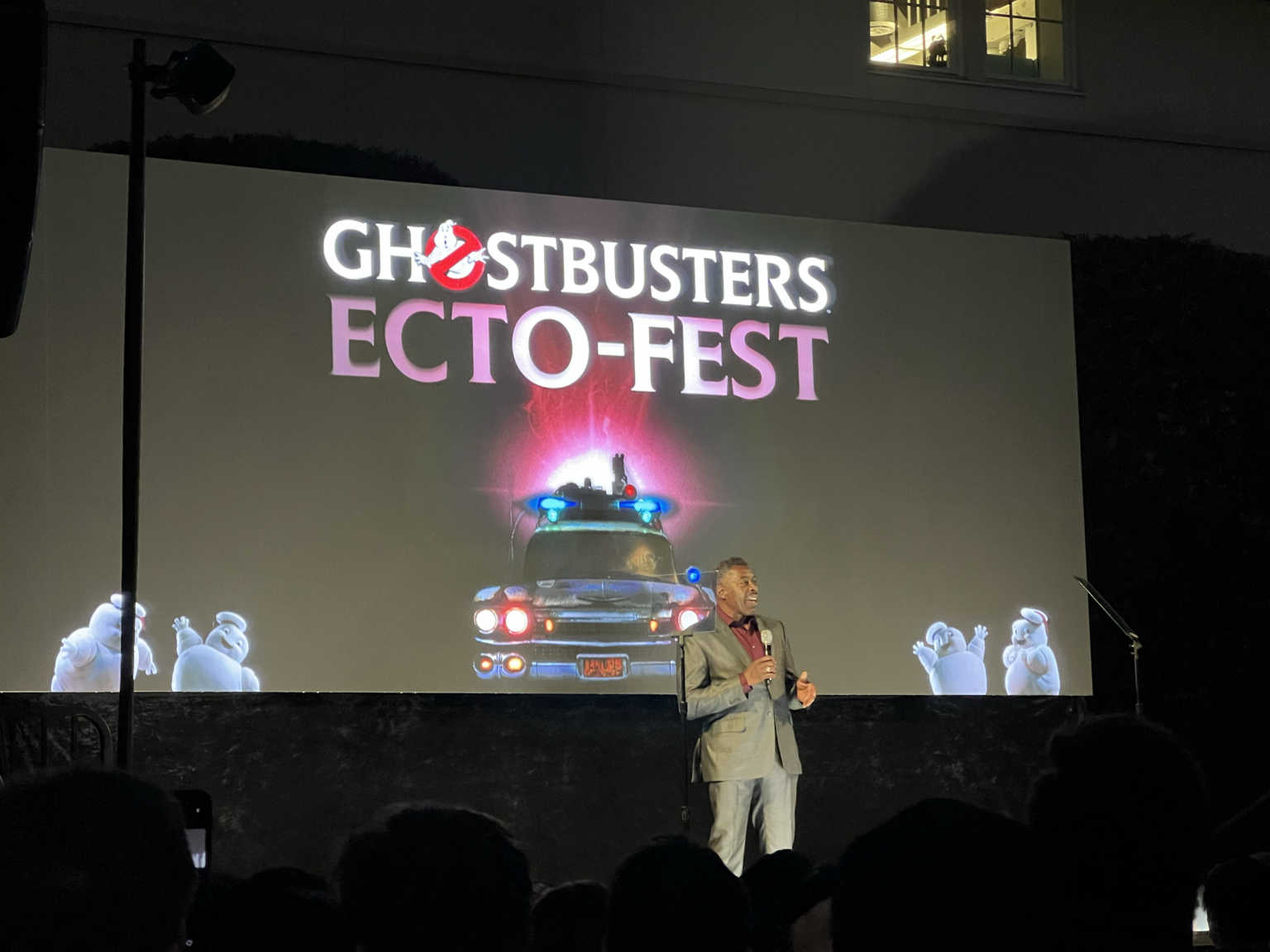 We ain’t afraid of no Ghost…busters… Ecto-Fest announcements! On June 8th aka “Ghostbusters” Day, we got a slew of updates on the Bustinverse. Sony Pictures hosted a fan event on the famed Hollywood lot filled with a bevy of delighted attendees. Winston Zeddmore (Ernie Hudson) himself kicked things off, and there was a video appearance from Dan Akroyd.

The biggest news came from “Ghostbusters: Afterlife” director Jason Reitman (son of original film director Ivan Reitman) and film co-writer Gil Kenan. It should come as no surprise that a sequel to the sequel is on the way. The current code name of the film is “Firehouse.”

Kenan: “Tonight we’re going to share the codename for the next chapter in the Spengler family story.

Reitman: “The last time we saw Ecto-1 it was driving back into Manhattan, the home of ‘Ghosbusters’ and that’s where our story begins.”

The news wasn’t limited to movie updates; the franchise is branching out in many ways. Yet to be confirmed if they’ll cross the streams. In a touching moment, Reitman said they had shared their vision for the future of Ghostbusters with his father before he passed, and he loved it.

In addition to another feature film, we’ll also be getting a bevy of animated projects. Sony Pictures Animation will be working on an animated feature film. It’ll have all new characters and an all new take on the world.

“This was a passion project of my father’s. And it’s easy to understand why,” Reitman said of it. “The world of the unknown can only be properly explored through the limitless reach of animation and when I tell you we have the right team, believe me, we do.”

That team is co-directors Jennifer Kluska and Chris Prynoski, working off of a script from Brenda Hsueh.

Ecto-Fest had a bevy more announcements in store. An animated television series is also finding an afterlife also with Sony Pictures Animation and Netflix. They’ll “be navigating an unexplored era and decade of Ghostbusters canon.” “There is just so much of the story of Ghostbusters that has never been told in any medium.” “Frankly, look, there’s entire decades that are critical to the story that have never been on screen.”

They’ll also be returning to comics, partnering with Dark Horse for a limited edition series that should release towards the end of 2023. It’ll be in canon, and part of the growing 1984 storyline.

There were also announcements for upcoming video games and experiences. As previously announced: Illfonic will be releasing a new console title “Ghosbusters: Spirits Unleashed” where you can either suit up as a Ghostbuster OR finally you can play as a ghost. Also there will be a VR experience coming to physical locations in the future. It’ll be called “Ghostbusters VR Academy” and will be in partnership with Hologate. For the rest of the virtual reality connoisseurs who can’t get to one of the unannounced physical locations, “Ghostbusters VR” (no Academy) will be coming to Meta Quest 2 and PlayStation VR2 in the future.

Finally for the costume and collector, HasLab will be debuting a full scale 1:1 replica of the “Ghostbusters: Afterlife” proton pack!

All in all, it seems like based off Ecto-Fest, “Ghostbusters” fans will have much to look forward to in the near future!