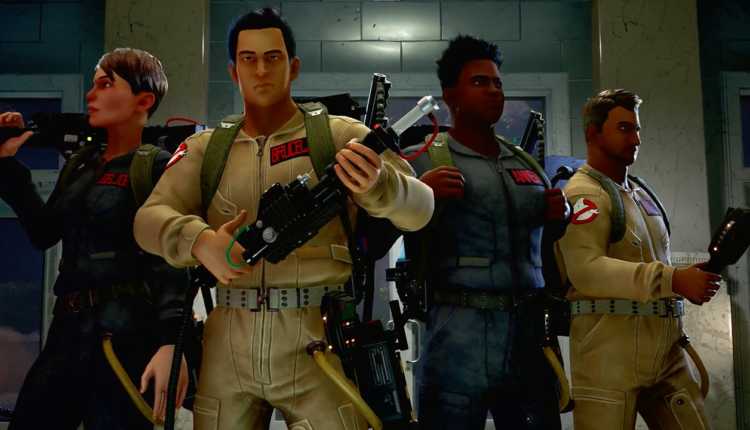 The world of multiplayer games is constantly evolving. We’re a long way from couch co-op in “Goldeneye 007,” and game devs keep coming back new ideas to bring you and your friends together.

In recent years, there’s been a rise in asymmetric multiplayer games. That is, games where a larger number of players take on a single one in games of stealth or action. Exemplified by titles like “Dead By Daylight” and “Evolve,” these games often put a super powered monster or unstoppable serial killer under the control of one player, and the persistent hunters or plucky teenagers who have to survive against them under the control of the others.

Already this year we have “Evil Dead: The Game” to look forward to, in which a group of players team up to take on a hideous Deadite monster together. Now, a brand new announcement brings us the latest in asymmetric multiplayer action, in possible the most logical franchise use of the genre yet.

“Ghostbusters: Spirits Unleashed” is coming, from the makers of other asymmetric multiplayer games “Friday the 13th: The Game” and “Predator: Hunting Grounds.” In it, a team of players will take on the role of newly franchised Ghostbuster squad, teaming up to bust ghosts in style. Of course, on the other side of the coin, players can take on the role of the ghosts and attempt to escape the ‘bustin.

Developer Illfonic promises an all-ages friendly experience, wielding classic Ghostbusters equipment like proton packs, PKE meters, and the iconic ghost traps in the pursuit of those semi-translucent spooks. As a ghost, players can take on a variety of the apparitions, playing in third-person perspective, possessing objects around the environment and scaring the crap out of the unfortunate civilians of New York. While there is no death in “Ghostbusters: Spirits Unleashed,” players can most definitely expect to get slimed.

Illfonic have also managed to wrangle the vocal performances of two of the three remaining actors who bought the seminal 80’s classic to life, with both Ernie Hudson and Dan Aykroyd reprising their roles as original Ghostbusters Winston Zeddemore and Ray Stantz, respectively.

“Ghostbusters: Spirits Unleashed: is expected to hit PC and consoles later this year.