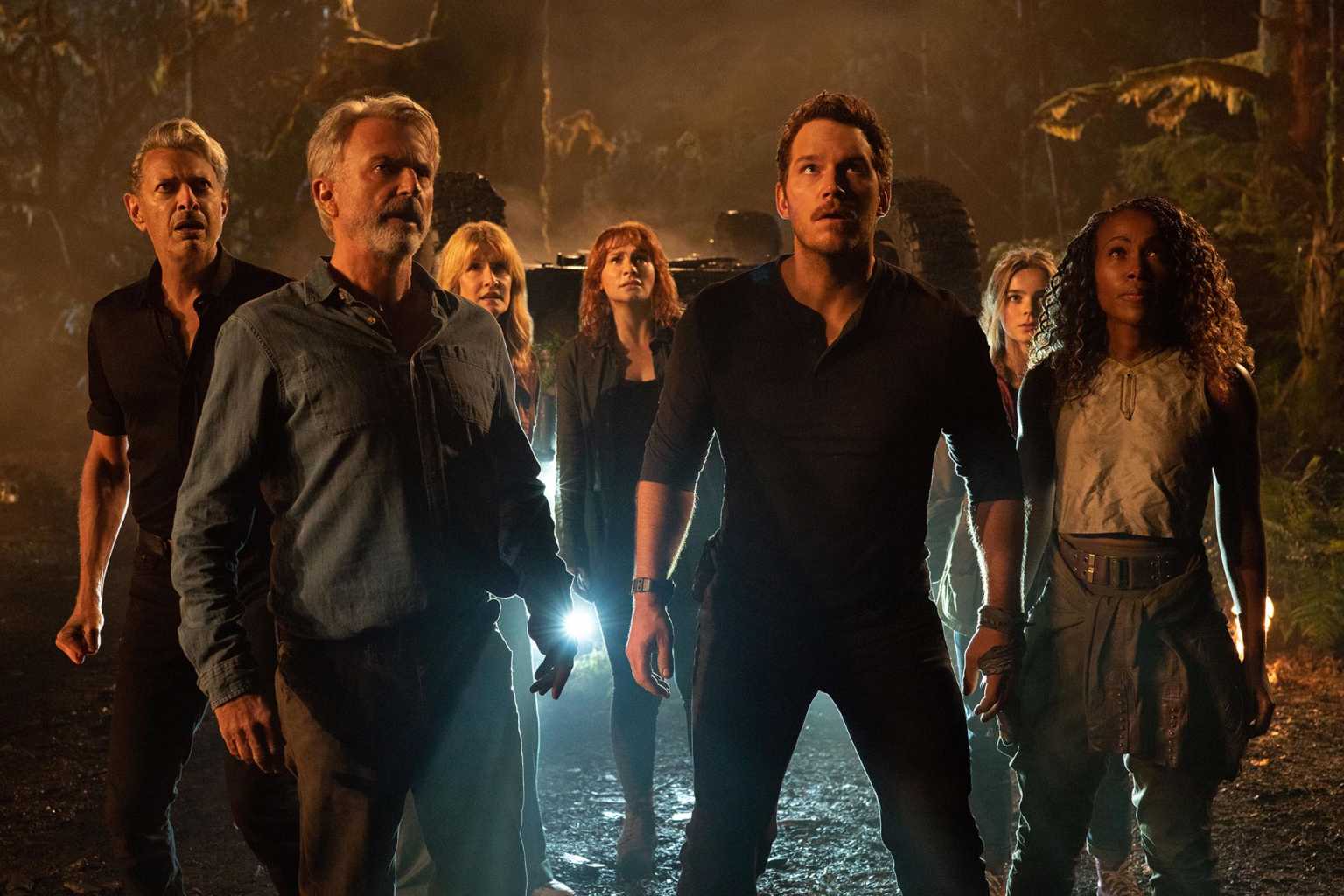 With the release of “Jurassic World: Dominion,” there will be six feature films in the franchise. “Jurassic Park,” the original 1993 film, remains a classic in the evolution of blockbusters as well as special effects. Unfortunately the films that followed ranged from truly awful to meh. At least, this is another pretty good entry, though that’s not to say that it doesn’t have it’s dino-sized share of problems.

Picking up four years after the events in “Jurassic World: Fallen Kingdom,” the escaped dinosaurs have spread across most of the planet. That sets up a tug of war between trying to find spaces where the dinos can exist while not impacting human civilization too much, while at the same time poachers are supplying a thriving demand for specimens.

Adding to the humans’ challenges, a plague of dino-modified locusts are rampaging across the midwest devastating crops (thanks BD Wong). Some fields are wiped out, others are untouched, and it turns out those untouched are all seeded by a totally-not-Elon Musk style CEO, Dr. Lewis Dodgson (Campbell Scott). Of course he’s running a biopharma corporation, Biosyn, specializing in genetic engineering. Dodgson is the character who originally met with Dennis Nedry (Wayne Knight) in the first film and bought the shaving cream canister containing the stolen embryos.

This is where “Jurassic World: Dominion” really feels like two different films mashed together. On one side, it’s an “animal preservation is good/poaching is bad” storyline with Claire Dearing (Bryce Dallas Howard), Owen Grady (Chris Pratt), and the clone of Charlotte Lockwood, Maisie Lockwood (Isabella Sermon) hiding out in the Sierra Nevadas (along with velociraptor Blue and her offspring Beta). When poachers capture Beta, the Jurassic World heroes dash off to save the cute little dino.

On the other, we have the returning leads from the original film Alan Grant (Sam Neill) and Ellie Sattler (Laura Dern), who suspect Dodgson of having intentionally created the locust swarm to corner much of the world’s food supplies by being able to provide seed that the locusts wouldn’t touch. They manage to find a way to head off to the Biosyn headquarters nestled among the mountains of Northern Italy.

When Grady and Dearing discover Biosyn was behind the capture of Beta, they head off to Biosyn as well, eventually bringing all the characters together. Gif-meme heartthrob Jeff Goldblum returns as Dr. Ian Malcom who is also at Biosyn at the same time, and the race starts in earnest.

It’s a lot of story, and there’s so many leaps of logic to get all the balls headed in the right direction. Sure, we’re already talking about a world where selective gene-splicing with frogs managed to generate viable dinosaur embryos. But even within the context of the films, there’s some suspension of any reasonable storytelling. Such as within four years, the few dozen dinosaurs released after the events of the last film have been able to spread not only worldwide, but to have reproduced in vast numbers. And also grown to full-size.

When huge chunks of the midwest are wiped out by miles-wide swarms of giant locusts but other neighboring fields are untouched, only one person notices there’s something odd about it.

That said, when the action kicks into high gear, the scenes are well choreographed and tense. Seeing Dr.s Grant, Sattler, and Malcom back in action once again is worth giving the film a chance, no matter what.

There are a number of meta-references which give genuine laughter (at one point Malcom notices that his black shirt is unbuttoned and makes a comment about it and buttons it back up, as a callout to the scene with him from the first film which has even been recreated as a Funko). But they aren’t done so much as to actually make it a negative. It’s those points that save the film from itself. It might still not be particularly memorable in the long run, but at least it doesn’t drag the franchise any further down.

“Jurassic World: Dominion” is rated PG-13, and runs 2 hours and 26 minutes. Note that there are no mid or post-credit scenes (so once the credits start, you can make that run to relieve your bladders). It hits theaters on June 9th, 2022.