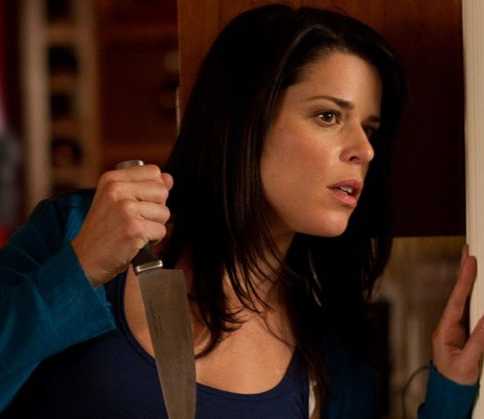 This year’s “Scream” was one of the better legacy sequels to come out in recent memory. After the untimely passing of series director Wes Craven, there was no guarantee that a new entry would be any good. Thankfully, the 5th “Scream” managed to be respectful of the series. It was a fun entry in Hollywood’s obsessions with digging up old franchises. Almost immediately after the film came out, Paramount Pictures announced additional “Scream” movies would be coming. But apparently without series star Neve Campbell, who revealed she would not be coming back for part 6.

It seemed like a perfect opportunity for Campbell to come back to movies in a big way. The actor has been steadily working since she first rose to fame on the 90s show, “Party of Five.” Besides the “Scream” films, she usually isn’t the headliner. Her return with costars Courtney Cox and David Arquette seemed like the chance for a fresh chance at big roles.

So, imagine the surprise she wouldn’t be returning for chapter 6. Campbell has since released a statement explaining why.

“Sadly I won’t be making the next Scream film. As a woman I have had to work extremely hard in my career to establish my value, especially when it comes to Scream. I felt the offer that was presented to me did not equate to the value I have brought to the franchise. It’s been a very difficult decision to move on. To all my Scream fans, I love you. You’ve always been so incredibly supportive to me. I’m forever grateful to you and to what this franchise has given me over the past 25 years.”

Reading between the lines, it sounds like Paramount would not meet her required salary. Another possible reason is that, even though she is the legacy star, she was only going to appear in a cameo. While this is surprising for fans, this is not something unprecedented.

Campbell clearly isn’t interested in playing nice, and is not afraid to let it be known she is worth more. Hopefully, this will light a fire under Paramount to rethink their strategy.

Hollywood Hardball? Or Last Minute Twist In The Making?

My own personal conspiracy theory on the matter comes from how secretive “Scream” movies are. As a series that always relies on surprising twists, each film was notorious for last minute script changes. I could easily see that this is part of a publicity stunt to hide the fact that Campbell is returning. It would certainly be a nicer story than a major film studio taking advantage of actor simply to cut costs. The film is still at least a year away, so time will tell.

As to whether or not we’ll see Campbell return down the line, co-star David Arquette had some thoughts. “I’d love for her to be a part of it,” Arquette told ComicBook. “A Scream movie without Sidney is kind of unfortunate, but I understand her decision.”