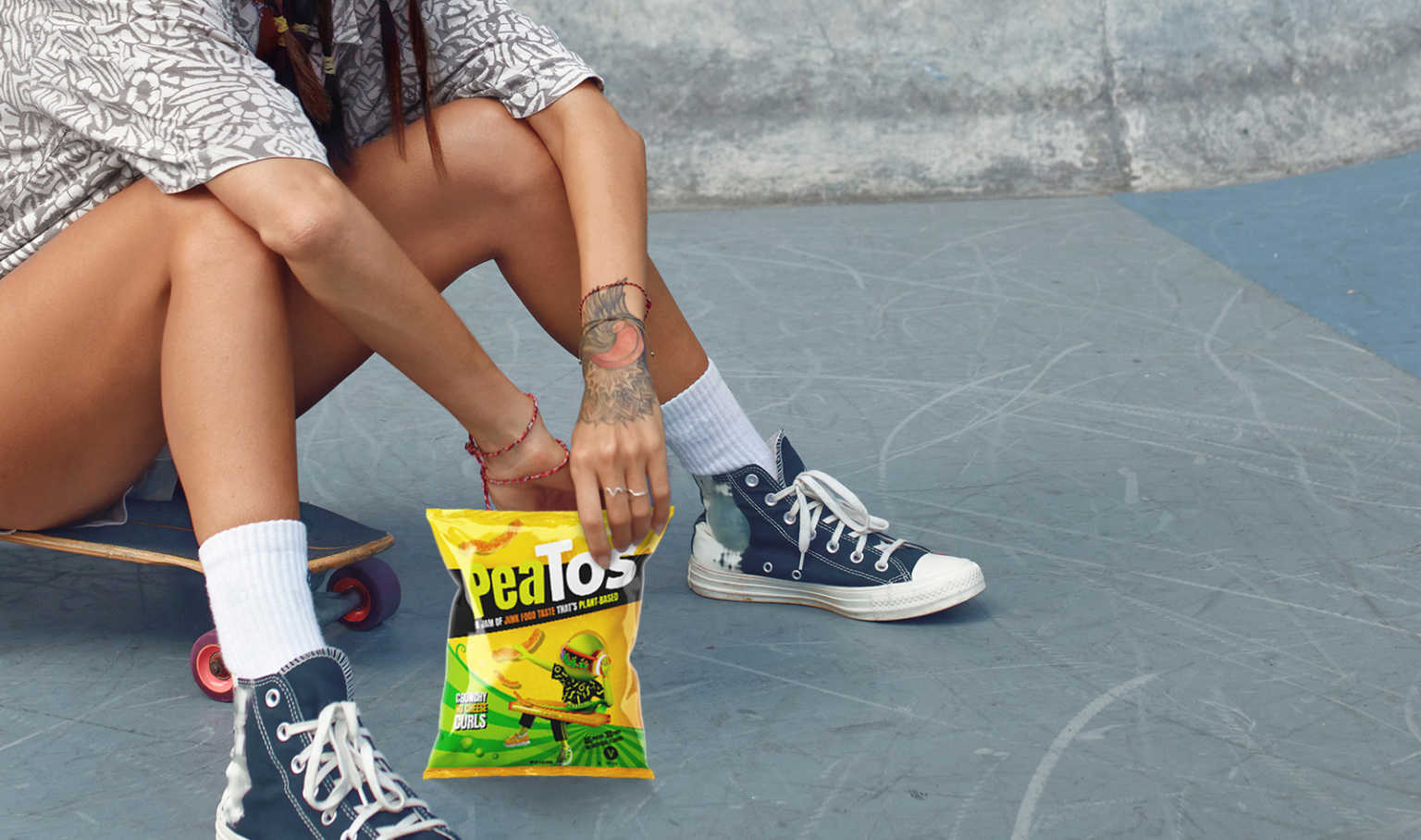 Let’s start this out by my family being a bunch of potato chip addicts. Buying bags of Funyuns, Doritos, Cheetos; anything that’s crunchy will not last long in my home. As a mom, there is always a feeling of guilt attached because I know these don’t contain the nutrition my kids need. So when I heard about PeaTos, I was curious about them. Would the flavors be as good as their junk food counterpart? I was able to get samples for review, and here’s what we thought.

The texture is almost exactly like Funyuns. The ring shape of them makes them great for toddlers and kids to grab onto. It was the perfect snack for munching between meals. If you like Veggie Straws, Cheetos or the aforementioned Funyuns, you’ll be in for a serious treat.

There are several flavors available now but I’ll focus on the three I received. Starting out with the Onion flavored bag I was quickly addicted to the taste. But I could also put them down so that’s a big difference between PeaTos and a regular bag of Funyuns. The kids helped me eat the onion ones, much to my disappointment, because that meant there were less for me in total. I was glad they were happy though, and it’s a great snack.

My kids also really liked the Cheese curls, and my husband ate the Fiery Curls. I’m not personally a fan of anything too spicy, but he said they were pretty good, so I’ll take his word for it.

These got gobbled up in just a few days. They sent me four packs of each flavor, and by the time I went back to look for more, they were all gone. I didn’t feel so bad as when they do this with regular junk food chips though because the ingredients are much better. They’re also vegan!

PeaTos has 2x the protein and 3x the fiber of its traditional counterparts such as Cheetos and Funyuns, contains no artificial ingredients, and is made with non-GMO ingredients.

Where can you find them?

PeaTos is available at more than 4,700 retailers including Kroger stores nationwide, Sprouts, and online at Peatos, Sams Club, and Amazon.

PeaTos is a revolutionary snack brand on a mission to upgrade America’s favorite snacks by replacing the old-school base of corn with powerful peas and taking the junk out of junk food. They deliver on the junk food taste and experience but with the benefit of more nutrition.