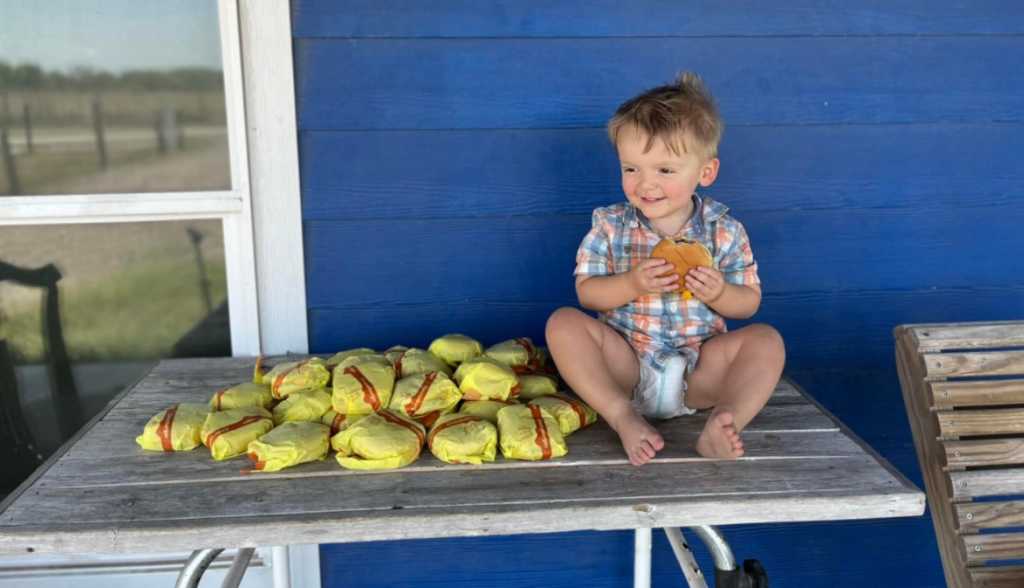 It’s rough being a parent. Kids are smart, sometimes too smart, and seem to wait for just the right moment to launch their master plan. We give our kids our phones, and we know sh*t might happen. Drops, cracks, apps being relocated from pressing down too much. But what if said kid manages to order something? Say….a two-year-old successfully ordering 31 cheeseburgers from DoorDash?

Kelsey Golden of Kingsville, Texas shared her story to Facebook. Barrett, her son, managed to order 31 cheeseburgers after taking her phone to play with. At first she thought maybe he just took some pictures. Once she realized what Barrett had done, she asked her Facebook friends if anyone wanted to pick some up.

“I have 31 free cheeseburgers from McDonald’s if anyone is interested,” Golden wrote. “Apparently my 2 yr old knows how to order doordash.”

That kid looks so happy in that picture. Of course his mom wasn’t upset with him, he’s 2 and not going to understand what he did was wrong, if he even does know what he did. It really was just a case of pressing the screen until something happened. And since DoorDash doesn’t have any protection such as password verification, he was able to just push the button and the order went through.

This reminds me of the incident with the 4-year-old who ordered over $2.6k worth of Spongebob popsicles. In that case the mother set up a very successful GoFundMe. The extra proceeds went to the boy’s future education fund.