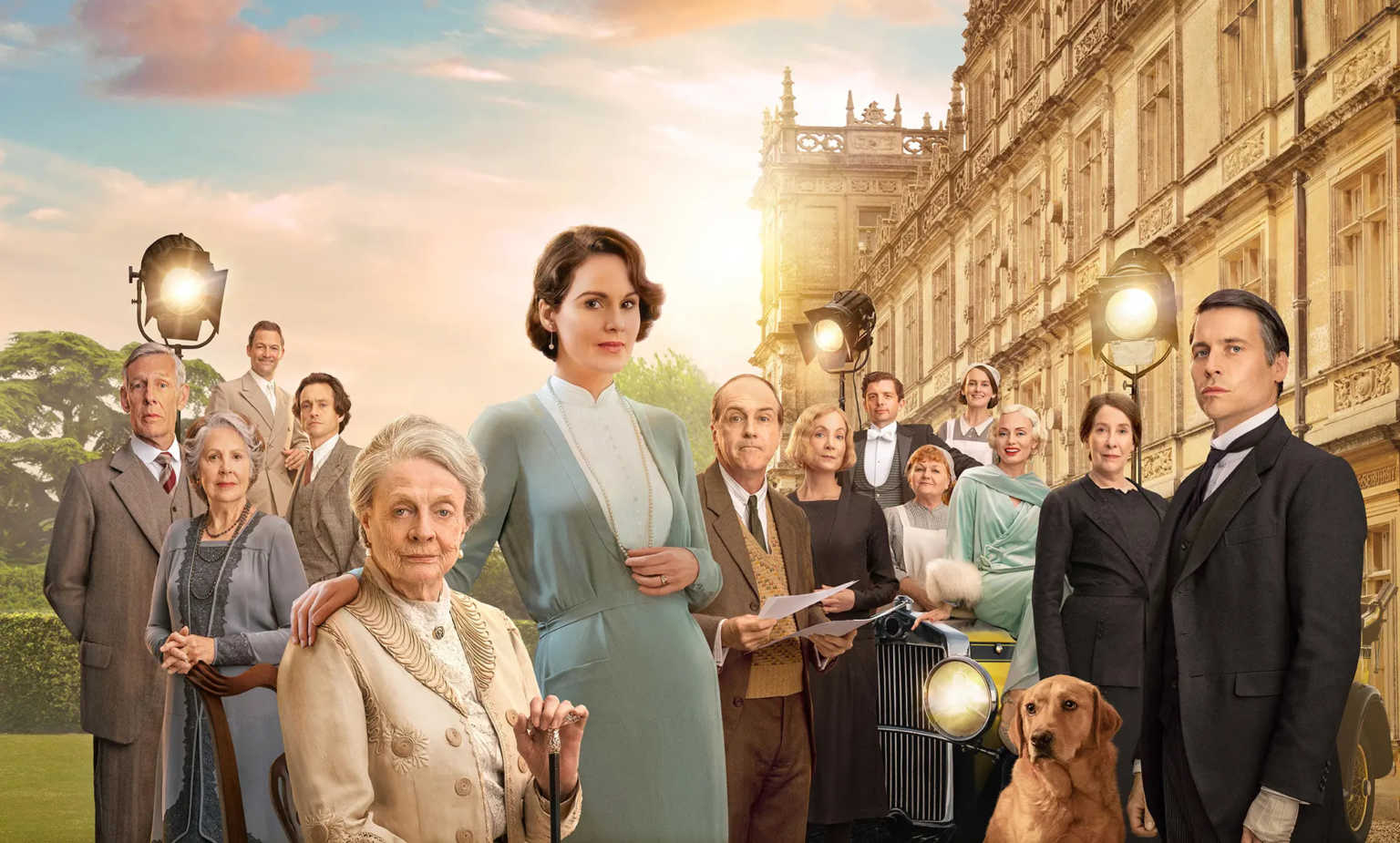 “Downton Abbey: A New Era” More of Everything We Love [review]

I’m not sure anyone can really identify what magic the Crawleys have used to make them so mesmerizing and enthralling. By all accounts, nothing about “Downton Abbey: A New Era” should work. As much as fans of the series have clamored for more rich British people behaving badly in the most civil, British way possible, history has taught us that crossover between mediums seldom works out. Often times these attempts are fueled by two things: relevance and money. Neither are necessarily bad things; but they often taint which ever iteration comes second.

Luckily for fans, “Downton Abbey: A New Era” is as wonderful as you ever hoped it could be. Packed to the brim biting wit, a bit of mystery, some tears, but an over all joyous romp through the lives of the wealthy who’s problems are easily solvable but we can’t seem to stop watching.

Serving as a sequel to the 2019 “Downton Abbey” film, “A New Era” adds more than enough soapy drama to tide over even the most fervent fan. And that’s truly what the film is; fan service masterpiece of the absolute highest regard for both its subjects and its audience. By now, we should have long accepted that nothing bad ever really happens to Crawleys and their ever growing family. At least not really. Part of the fascination with “Downton Abbey” is peeking into a world none of us truly understand in an era none of us are truly from. They are both unrelatable and relatable at the same time, and holding their consequence-free life a majority of the time against them instead of embracing the immense charm every character brings is kind of unfair. We get it; they all live a cushy, nerfball life. That’s kind of their thing, and we enjoy checking in on how their easy lives get mildly disrupted from time to time.

The point is, “A New Era” delivers exactly what is needed, never crossing the line into pandering schlock while also masterfully continuing to cross over from television to film. Julian Fellowes is in complete control of his characters and narrative, and you get the sense that he loves them all as much as we do. In this new chapter, we are whisked away to south of France to uncover the past of Lady Violet (played by the ever fantastic and quick witted Maggie Smith) and possibly inherit a Villa, while the rest of the family stays home to welcome a film crew who have paid to film at the estate. Of course, there’s nothing worse than filthy actors tainting the great halls of Dowton, so naturally trouble ensues and everyone must once again overcome their odds, whatever they may be.

There’s a lot to enjoy in “A New Era,” with some pretty memorable one liners largely delivered by Smith (of course), and as inconsequential as it may seem, the film proves that there is still some story left to tell in the grand halls. What makes it work so well is that it no longer seeks to unpack the deep connections and inner workings of the house. Instead, it recognizes that small unexpected events that force the hands of everyone to be involved in some way is the smarter way to go. We aren’t scheming for every marriage or going to war, or ramping up the drama to bingeable levels. Don’t get me wrong, it is just as intriguing as ever, but like its predecessor, this is once again a contained story that delivers another message of hope, togetherness, and unbridled optimism.

It’s only really folly is that it’s not for everyone. “Downton Abbey: A New Era” is a sequel that not only requires that you’ve seen the first film, but also requires that you’re been deeply invested in the entire series. For those not in the know, it would be like introducing someone to the MCU by starting with “Infinity War.” No one wants to try and explain 6 seasons and a movie during the previews, so it’s well remembered to only see this with those who are already fans. Anyone else will be very confused, and “A New Era” isn’t where I would start someone’s Downton’s journey. For those who ARE in the know, then you’ll be in for a treat.

Look, the film doesn’t really tell us a whole lot we don’t already know and in the grand scheme of things matters very little apart from a few big events that occur. But while these are films, they are still episodic in premise and narrative. “Downton Abbey” was nothing more than The Queen comes to Downton and “A New Era” is Hollywood Comes to Downton while Downton goes to France. There’s really not much else to it at its core, but thats what has always made the series so wonderful and irresistible. I don’t know how they’re able to transition so well, but I’ll watch as many of these as they’re willing to make if they keep making them like this. Fuck it, let’s make a franchise!

All I ask is that if we do franchise “Downton Abbey” we listen to Mavericksmovies, and call it “DownTEN Abbey.” It’s the only way I’ll accept it.

If you’re a fan of the series, “Downton Abbey: A New Era” is a wonderful return and fills the need you didn’t know you had. It’s another well written entry, gorgeously shot, funny, heartfelt and sometimes sad but always hopeful and optimistic. It’s worth the journey even if that journey seems somewhat unnecessary.

“Downton Abbey: A New Era” is a welcomed return, and whatever the new era may or may not become in the future, count me in. You can stream the original series on Peacock (free) and Netflix (subscription required).