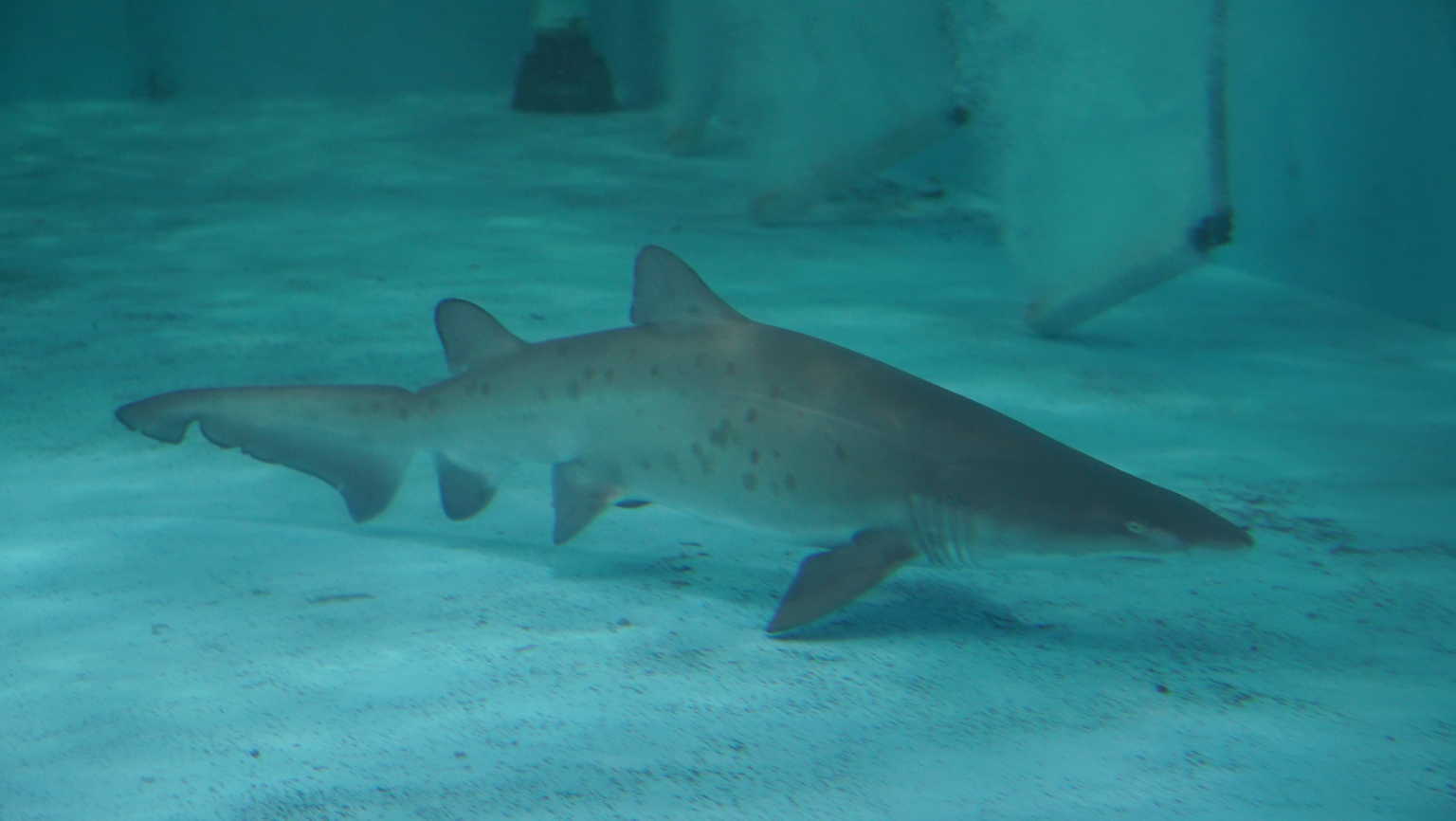 Ripley’s Aquariums have made history with the world’s first successful birth by artificial insemination of a sand tiger shark. Named Rip after the company’s founder, Robert LeRoy Ripley, this pup marks a significant step for its species.

Ripley’s Aquariums are at the forefront of sand tiger shark research, working with both wild and managed care sharks to better understand their reproductive behaviors. Sand Tiger Sharks are listed as a vulnerable species. Because they have such a long gestation rate, females only produce up to two pups every two to three years. In some areas of the world, they are endangered because of commercial fishing.

Ripley’s Marine Science Research Center in Myrtle Beach, South Carolina successfully artificially inseminated Rip’s mother in 2021. Sand tiger sharks have a gestation period of 8-12 months, and she soon began to show signs of pregnancy. Her progress was regularly tracked using ultrasonography. Rip was born on March 24th, 2022. Mom and baby shark remain healthy, and today Rip weighs 17.4 pounds, and measures 36.6 inches in total length. He is growing at a natural rate, just as he would in the wild.

“Rip represents the future and an important moment in history for his species,” Vice President of Husbandry at Ripley’s Aquarium Tim Handsel said. “When research, science, and care come together, the future of vulnerable species like the sand tiger shark looks brighter. This pup means a great deal to Ripley’s Aquariums and the survival of the species around the world.”

Rip is going to stay behind the scenes for the time being so that he can hit more milestones. That doesn’t mean you won’t get to see him though, because the aqaurium will provide pup-date” on Rip’s growth on its Facebook page. Once he is ready to move into the main tank, you will be able to pay him a visit in real life.

To learn more about Rip and Ripley’s Aquarium of Myrtle Beach, visit their website here.